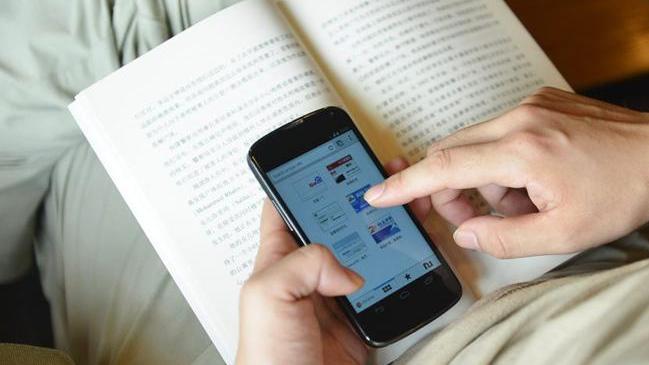 In this July 21, 2014, a man browses the Internet on his smartphone, in Hangzhou, east China's Zhejiang province. (PHOTO / XINHUA)

BEIJING - Chinese authorities said Tuesday that 2,554 websites were shut down and 2.76 million pirated publications were confiscated in a crackdown on copyright infringement launched in 2017.