US enacts plan to send Mexican asylum seekers to Guatemala 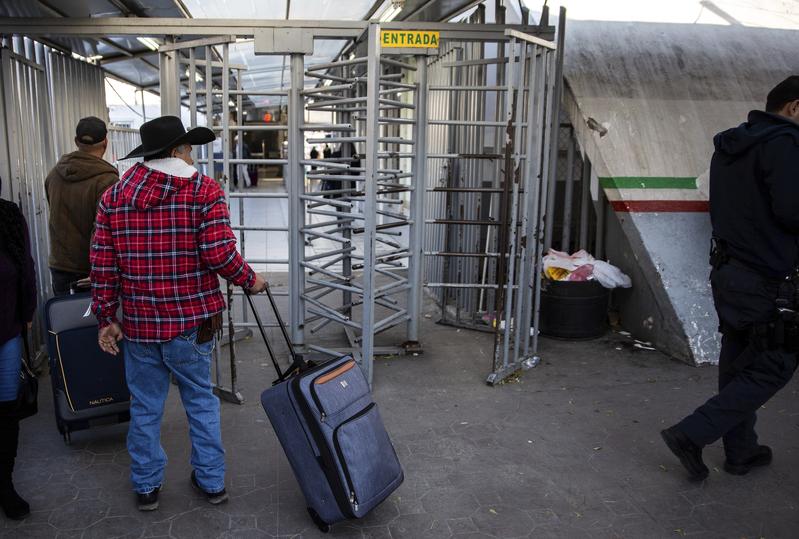 In this Jan 2, 2020 photo, asylum seekers cross into the United States to make claims at the port of entry in Nogales, Sonora, Mexico. (JOSH GALEMORE / ARIZONA DAILY STAR VIA AP)

NEW YORK — Mexicans seeking asylum in the United States could be sent to Guatemala under a bilateral agreement signed by the Central American nation last year, according to documents sent to US asylum officers in recent days and seen by Reuters.

Mexico objects to the asylum plan, its foreign ministry said in a statement, adding that it would be working with authorities to find “better options” for those that could be affected

In a Jan 4 email, field office staff at the US Citizenship and Immigration Services (USCIS) were told Mexican nationals will be included in the populations “amenable” to the agreement with Guatemala.

The agreement, brokered last July between the administration of Republican President Donald Trump and the outgoing Guatemalan government, allows US immigration officials to send migrants requesting asylum at the US-Mexican border to apply for protection in Guatemala instead.

Mexico objects to the plan, its foreign ministry said in a statement late on Monday, adding that it would be working with authorities to find “better options” for those that could be affected.

Trump has made clamping down on unlawful migration a top priority of his presidency and a major theme of his 2020 re-election campaign. His administration penned similar deals with Honduras and El Salvador last year.

US Democrats and pro-migrant groups have opposed the move and contend asylum seekers will face danger in Guatemala, where the murder rate is five times that of the United States, according to 2017 data compiled by the World Bank. The country’s asylum office is tiny and thinly staffed and critics have argued it lacks the capacity to properly vet a significant increase in cases.

Guatemalan President-elect Alejandro Giammattei, who takes office this month, has said he will review the agreement.

Acting Deputy US Department of Homeland Security (DHS) Secretary Ken Cuccinelli said in a tweet in December that Mexicans were being considered for inclusion under the agreement.

USCIS referred questions to DHS, which referred to Cuccinelli’s tweet. Mexico’s foreign ministry did not immediately respond to requests for comment.

Alejandra Mena, a spokeswoman for Guatemala’s immigration institute, said that since the agreement was implemented in November, the United States has sent 52 migrants to the country. Only six have applied for asylum in Guatemala, Mena said.

On Monday, an additional 33 Central American migrants arrived on a flight to Guatemala City, she said.

Unaccompanied minors cannot be sent to Guatemala under the agreement, which now applies only to migrants from Honduras, El Salvador and Mexico, according to the guidance documents. Exceptions are made if the migrants can establish that they are “more likely than not” to be persecuted or tortured in Guatemala based on their race, religion, nationality, membership in a particular social group, or political opinion.

Numbers of Central American migrants apprehended at the border fell sharply in the second part of 2019 after Mexico deployed National Guard troops to stem the flow, under pressure from Trump.

The US government says another reason for the reduction in border crossings is a separate program, known as the Migrant Protection Protocols, that has forced more than 56,000 non-Mexican migrants to wait in Mexico for their US immigration court hearings.

With fewer Central Americans at the border, US attention has turned to Mexicans crossing illegally or requesting asylum. About 150,000 Mexican single adults were apprehended at the border in fiscal 2019, down sharply from previous decades but still enough to bother US immigration hawks.