Black tea's journey from the mountains of Fujian

By Will Wain-Williams in Fuzhou 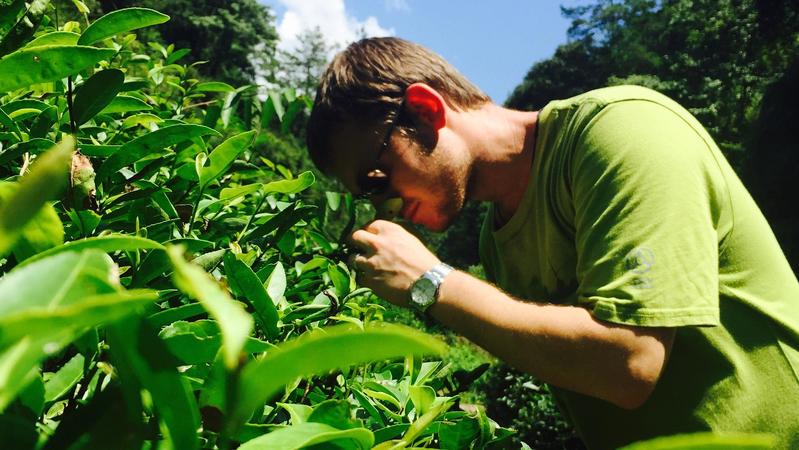 The Wuyi Mountain range is home to some of the country's best tea plantations. Tea has grown in the area for centuries. (PHOTO BY WILL WAIN-WILLIAMS / FOR CHINA DAILY)

Nestled in a remote part of northern Fujian province, close to the borders of Jiangxi and Zhejiang provinces, is the mountain range of Wuyi, with its dramatic scenery and some of China's best tea.

The mountain range is popular among Chinese tourists but little known internationally.

The teas grown here are mostly of the Oolong variety. If you are a tea drinker, you may have come across the name Bohea tea, which is actually derived from how Wuyi is pronounced in the local dialect.

The area has been producing tea for hundreds of years, although initially green tea was produced here and its scope was limited. This all changed in the most unlikely of ways.

Nowadays, black tea is the most commonly drunk tea in the world. But few realize it had its humble beginnings as an accidental creation in these very mountains.

In the village of Tongmu, people had been producing green tea for centuries.

However, during one particular harvest, a general who was involved in skirmish in Jiangxi crossed the border into Fujian and brought his troops to hide in the Wuyi Mountain. 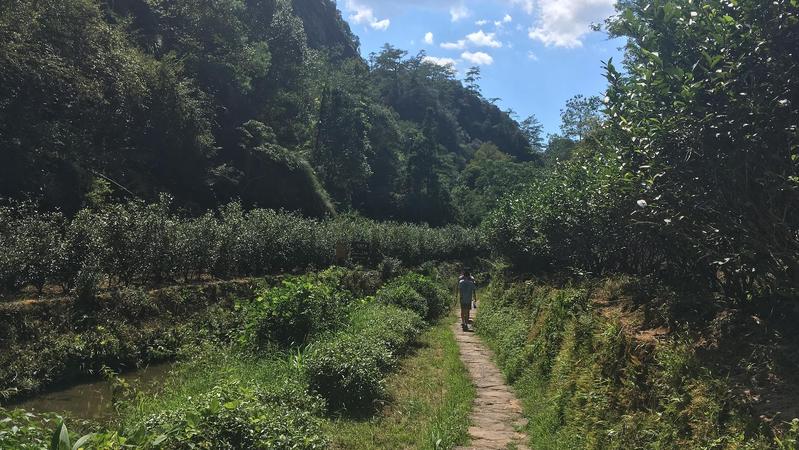 They took over the village, and the villagers fled. During this time, the battle-worn soldiers used the freshly harvested tea to make bedding and take rest. After a few days they left.

When the villagers returned, they found all their tea in bad shape; the leaves were broken and squashed, and had begun to oxidize, turning brown. On top of that, the unbathed soldiers had left a foul odor that had seeped into the leaves.

Initially, the villagers thought their harvest was ruined, and planned to throw the tea away. But one innovative villager had an idea. He decided to roast the tea with pinewood, which produced a strong and fragrant smoke.

This, combined with the oxidization that had taken place produced a very different kind of tea.

The villagers carried the tea into town and begged a merchant from Fuzhou to take it to the ports and have it exported to Indonesia, from where it would go on to Europe. 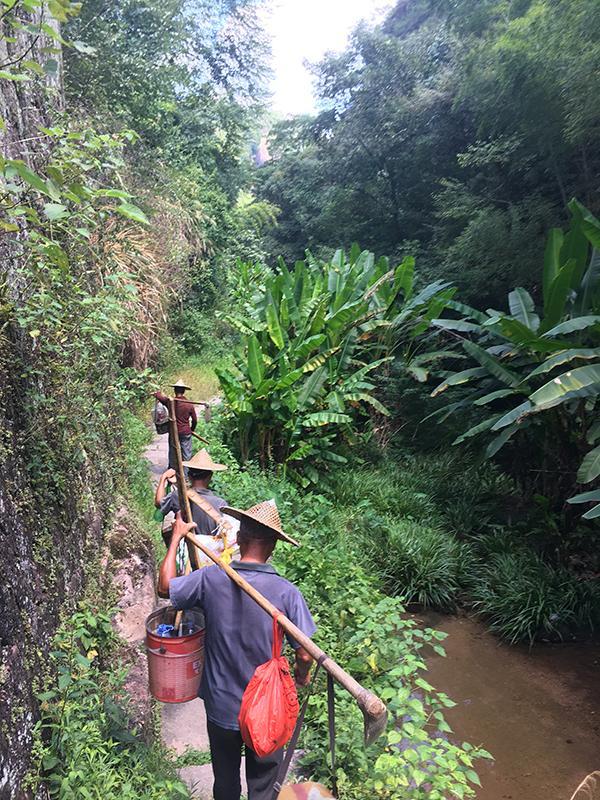 They thought the tea was a disaster, and never imagined that the next year, the same merchant would return to ask for more.

This first black tea went by the name Lapsang Souchong, or Zhengshan Xiaozhong, in modern Mandarin.

Once the port of Amoy (now Xiamen) was opened up for trade during the Qing Dynasty (1644-1911), the demand for this new tea increased, and Wuyi Mountain black tea became the most sought after.

It's ironic that this tea is now fairly rare in China. The strong, smoky taste doesn't suit the Chinese palate, and as such, this tea is mostly made for export.

Things changed when in 2007, a Fujian provincial official asked Tongmu village to make some black tea without using the traditional smoking process.

The result was a light and slightly sweet tea, which was named Jin Jun Mei, or "golden eyebrows", and was given by this official as a gift.

It became a hit, and pretty soon was selling all over China, becoming one of the best-known and most popular teas in the country.

The author is a British freelance writer.