CFA building a foundation for the future

By Shi Futian in Shanghai 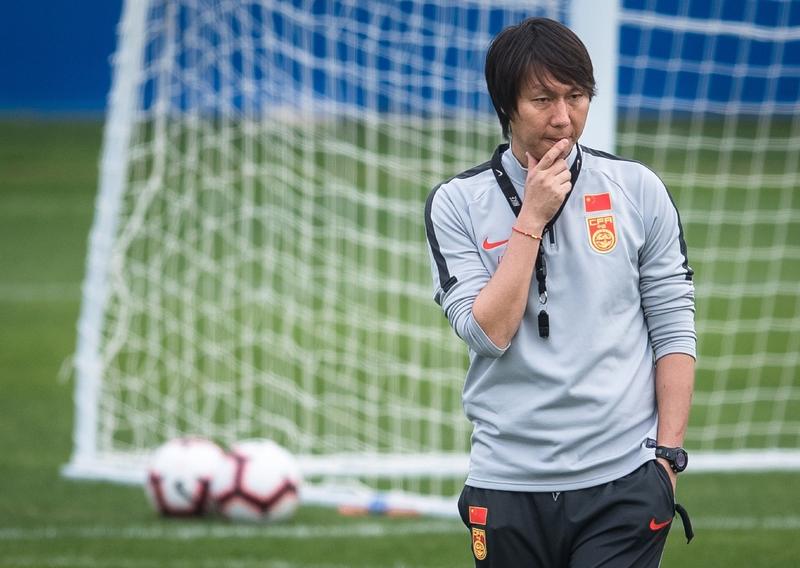 The Chinese Football Association is confident its latest reforms will build a sturdier foundation for domestic soccer to grow and safeguard the game's long-term health.

We want to guarantee young players more playing time, and we hope there will be a constant flow of new talent in the league. We want young players to stay hungry. And as long as they have longer playing time, we encourage them to have higher salaries.

Last month, the CFA unveiled a series of new regulations for the country's professional leagues, including a salary cap and restrictions on the use of naturalized and imported players.

On Thursday, a panel of officials and experts explained the logic behind those measures at a "Professional League Governance Workshop" in Shanghai.

"A professional soccer league is like a skyscraper, which needs toplevel design at the very beginning," said Liu Yi, the CFA's secretary-general. "Our professional leagues have not had such a quality and comprehensive development plan from the top level.

"So the CFA was effectively more like a residential property management company. Its everyday work was to fix small problems in the building. After we fixed the wall, then there would be another problem in the beam or the door. We have to be very clear what we want."

Among all the new policies, the salary cap has attracted the most headlines. The salaries of foreign players will be capped at 3 million euros (US$3.3 million) after tax, applying to contracts signed from Jan 1 this year.

The salary cap for domestic players will remain at 10 million yuan (US$1.43 million) before tax, or 12 million yuan for Team China internationals.

The salary cap could curb the influx of big-name foreign players to the Chinese Super League, but while it is likely to deter the likes of Gareth Bale making a move for mega wages, some observers expect the steady flow of imports to continue.

However, the CFA's Liu says the cap is also designed to help clubs keep their finances in order and facilitate the development of domestic players.

To illustrate the CFA's concerns, Liu cited how the top flight's goalscoring charts have come to be dominated by foreigners.

Before 2012, about half of the top-20 scorers were Chinese, but that number has dramatically dropped to one or two in recent years as the spending spree on foreign players accelerated.

"Many teams have been dependent on foreign players in their forward lines," said Liu. "The midfielders simply need to get the ball and pass to the foreign strikers. So we have to restrict the importation of the priciest foreign players."

A number of other financial restrictions are also being implemented. Clubs will not be permitted to spend more than 1.1 billion yuan on their operations annually, with salaries not to exceed 60 percent of that amount. In 2021, that limit will drop to 900 million yuan, with salaries not exceeding 55 percent.

The CFA has also adjusted its rules on youth players as it seeks to create an environment that is more conducive to nurturing new talent for the national team.

Next season, Chinese Super League teams will be required to register at least three under-21 players in their 2020 season squads; in the second and third tiers that quota is set at two and five respectively.

"We want to guarantee young players more playing time, and we hope there will be a constant flow of new talent in the league," added Liu. "We want young players to stay hungry. And as long as they have longer playing time, we encourage them to have higher salaries."

Nic Coward, the former secretary－general of the English Premier League, spoke at the workshop to share his experiences of youth development in Britain. Coward cited the EPL's Elite Player Performance Plan as a good example of how to build a comprehensive youth development system that encourages investment.

"There should be a system to reward clubs investing in the training and education of young players," said Coward. "It's not only legitimate but also required that national associations enable, incentivize and reward investment in youth development."

Next season, CSL clubs will be permitted to register six foreign players－five of those can be used in match-day squads (up from four last term) and four can be on the pitch at any one time (up from three last year).

The CFA insists these changes are designed to make the action more competitive.

"With one more foreign player, league matches will be more competitive with a quicker pace. That will not affect the development of domestic players," said Liu.

"But it's important to have the 3 million euros salary cap, because too many big-money foreign strikers means the disappearance of domestic strikers."