Proposal to stimulate production of new energy vehicles in China 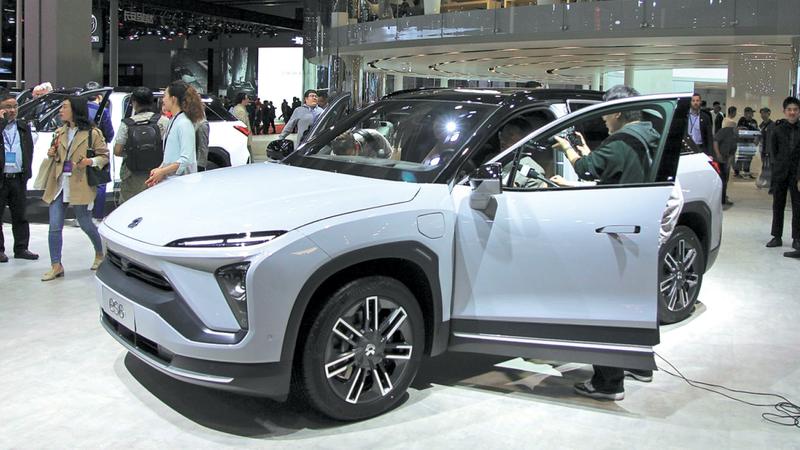 A Nio ES6 SUV is displayed at the Shanghai auto show in April. (XING YUN / FOR CHINA DAILY)

China's draft proposal on the fuel consumption of conventionally-powered vehicles and production of new energy vehicles is expected to further stimulate the country's market for electric cars, plug-in hybrids and fuel cell vehicles, according to analysts.

The Ministry of Industry and Information Technology released the draft last week, which among other things stipulates the new energy vehicle quota carmakers in the country should achieve in the following years.

According to the draft, they will earn credits by producing new energy vehicles accounting for 14 percent of their passenger car sales in 2021.

To cut fuel consumption and promote the popularity of new energy vehicles, China has imposed tough regulations on passenger carmakers and importers, who will be given two separate scores for traditional vehicle energy efficiency and new energy vehicle production.

If they fail to amass enough credits for either traditional vehicles or new energy vehicles, they may face penalties and their vehicles may not even be allowed on the road.

The new draft also changes the amount of credits that a carmaker can earn by manufacturing new energy vehicles.

For instance, an electric car that can run 350 kilometers on one charge would earn 5 credits for its maker according to previous equations, and in the draft proposal the credits will be reduced to 2.5, according to Cui Dongshu, secretary-general of the China Passenger Car Association. 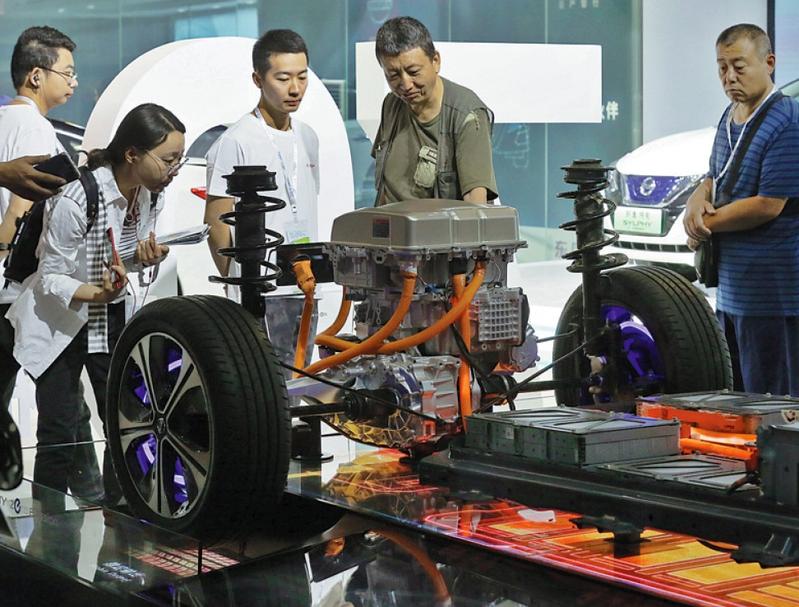 Visitors examine the chassis of a new energy car at an auto expo in Beijing. (A JING / FOR CHINA DAILY)

Analysts said the plan's release will help carmakers to coordinate their production plans, especially international ones, which have been slower than Chinese ones to respond to policy changes.

So far there are around 3.5 million such vehicles on its roads.

The draft proposal is expected to help boost hybrids as well, to which Japanese carmakers have devoted much time and money.

They would still be considered fossil-fueled but re-classified as "low fuel consumption passenger vehicles" and thus will incur less negative points than traditional vehicles.

Under the current system, automakers in China are obliged to make up for a portion of the negative points they incur when they produce internal combustion engine vehicles with points won for producing new energy vehicles.

Analysts said the revision could see more traditional vehicles replaced with hybrids, because when automakers produce hybrids. The proposed change came as a surprise, some experts and industry officials said, because the government has never before given any preferential treatment for hybrid technology.

"The new proposed policy is a roundabout way to promote hybrid cars," said Cui in a social media post.