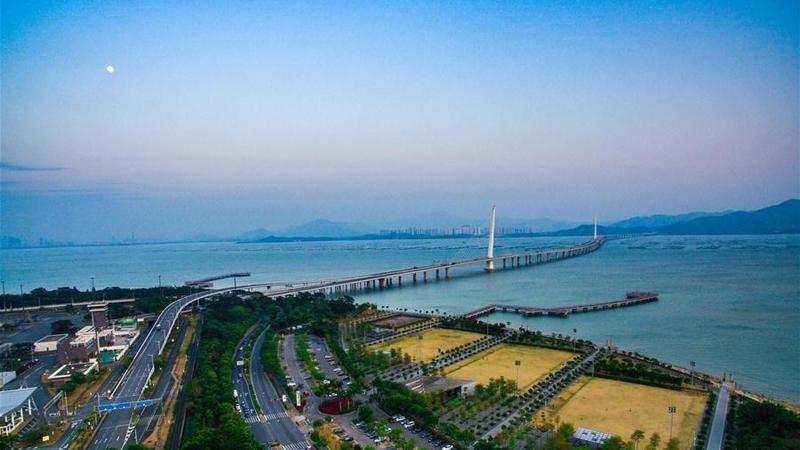 BEIJING — Since its start in March 2017, the Chinese government's initiative to develop the Guangdong-Hong Kong-Macau Greater Bay Area (GBA) has sought not only to turn the region into a massive cluster for advanced industries, but also to catch up with the world's leading economic hubs.

In early July 2017, President Xi Jinping witnessed the signing of a framework agreement between the National Development and Reform Commission and the governments of Guangdong, Hong Kong and Macao on deepening Guangdong-Hong Kong-Macao cooperation.

The GBA development plan was officially released in February this year as part of China's overall reform and opening up strategy, aiming to build the country's southern region into a model of unique development, an international first-class bay area and a world-class city cluster.

The building of this area is one of the major national strategies under the 'one country, two systems' policy. We're working hard on it and we're doing our best to catch up with those bay areas of New York, San Francisco and Tokyo in the near future.

"The building of this area is one of the major national strategies under the 'one country, two systems' policy. We're working hard on it and we're doing our best to catch up with those bay areas of New York, San Francisco and Tokyo in the near future," Tang Shihong, deputy director of Guangdong office for GBA promotion, told Xinhua in Zhuhai city of Guangdong province.

Tang added that the massive project provides a great opportunity to push forward reform and opening up and a new starting point for high growth development in the region.

Outlining and guiding the current and future measures for the GBA cooperation and development, the plan covers the period from 2019 to 2022 in the immediate term and extends to 2035 in the long term.

The fast-growing bay area consists of nine cities in Guangdong and the two special administrative regions of Hong Kong and Macao, and it is expected to become a world-class city cluster by 2022 and an innovation-based region with a complete, comprehensive and integrated economic system by 2035.

The GBA development plan is a manifestation of China's efforts to build an open community for coordinated innovation in the region through boosting technology carriers and platforms to enhance an innovation-based environment.

The inauguration of the newly-constructed 55-km-long Hong Kong-Zhuhai-Macao Bridge (HZMB) in October last year after about nine years of building, including a 6.7-km-long immersed tunnel, marks a landmark in the development plan of the GBA.

"The bridge connects the coasts of Hong Kong, Macao and Zhuhai together, combining the diversified industrial characteristics of the three areas," said Min Yuntong, executive deputy chief of the Publicity Department of the Communist Party of China Zhuhai Municipal Committee. 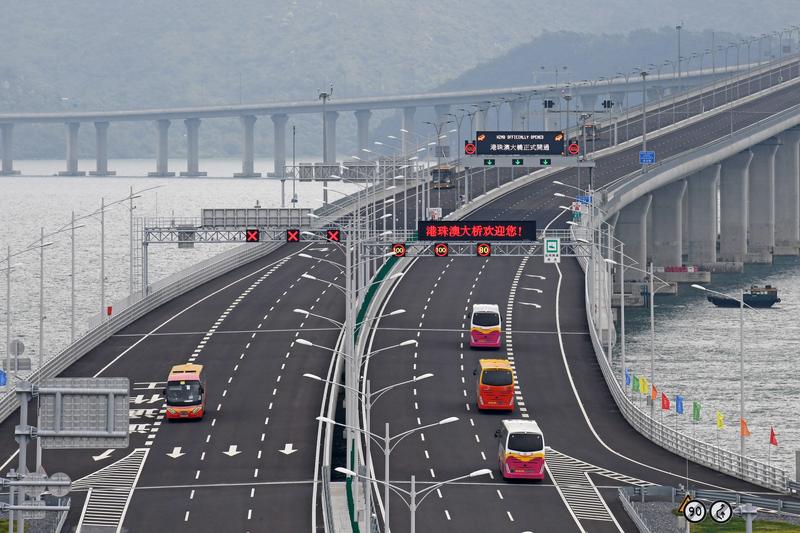 The HZMB construction used over 400,000 tons of steel and consumed more than a million cubic meters of cement. In the end, it has become the longest sea-crossing bridge in the world.

The bridge runs between two huge artificial islands, the east island and the west one, with about 400 shuttle buses running back and forth everyday carrying thousands of people between Hong Kong, Macao and Zhuhai.

GBA is different from other bay areas in the world like those of Tokyo and New York due to its diversified industrial characteristics, various development bases and larger population

"The HZMB connects Hong Kong and Macao with the west coast of Zhuhai, which narrows the distance between the east and west coasts and leads a rapid economic development of this bay area," Min told Xinhua.

He explained that the GBA is different from other bay areas in the world like those of Tokyo and New York due to its diversified industrial characteristics, various development bases and larger population.

"This integration of these elements will make the GBA a real competitor with the world's top bay areas in the future," Min said.

Yu Lie, deputy director of HZMB administration, said that the supergiant bridge will lead to a "balanced development" between Guangdong, Hong Kong and Macao, building an economic belt and a tourism corridor in the region.

The massive bridge strengthens exchange and communication between people on both sides of Taiwan Straits and promote cooperation between them in various fields, according to Yu.

"It also strengthens the integration of Hong Kong and Macao into China's mainland, economy, tourism and transportation," Yu told Xinhua in a recent interview during a tour on the bridge.