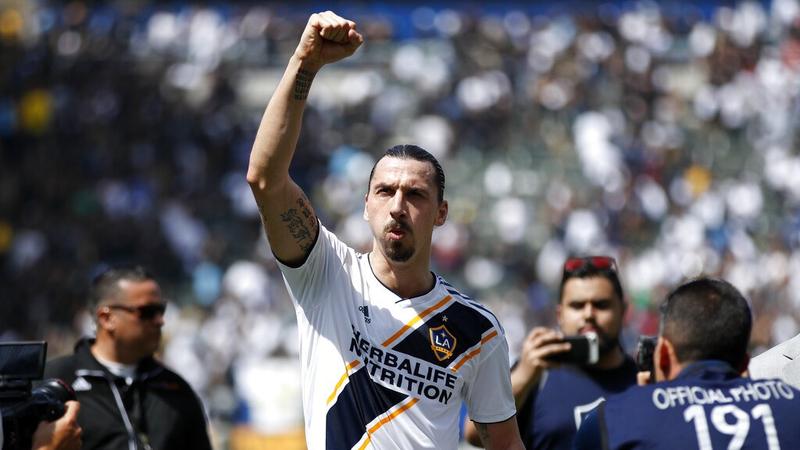 In this March 31, 2018 file photo Los Angeles Galaxy's Zlatan Ibrahimovic, of Sweden, acknowledges fans as he walks off the field after an MLS soccer match against the Los Angeles FC in Carson, California. (Jae C Hong / AP)

LONDON — New Tottenham manager Jose Mourinho has ruled out signing Zlatan Ibrahimovic, saying it "doesn't make sense" because the club already has one of the best strikers in the world in Harry Kane.

The 38-year-old Ibrahimovic is a free agent following his exit from the Los Angeles Galaxy and has previously played under Mourinho at Inter Milan and Manchester United.

Asked whether he could try to sign the former Sweden international, Mourinho says "we have more than a connection. I would say also passion and understanding, an amazing player and an amazing guy, but I would say no. No chance."

Mourinho added about Kane: "We have the best striker in England, we have one of the top two or three strikers in the world, it doesn't make any sense for a striker of Zlatan's dimension — obviously in his late 30s — but still a striker that can play in any club in the world."