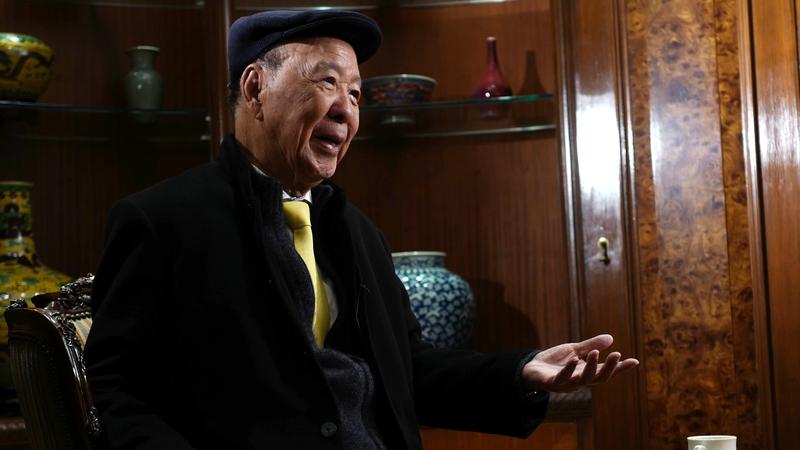 Lui said at the sidelines of a press conference that recent riots and violent clashes have harmed Hong Kong’s economy and mutual assistance and understanding are needed to solve the problem.

Lui said at the sidelines of a press conference that recent riots and violent clashes have harmed Hong Kong’s economy and mutual assistance and understanding are needed to solve the problem.

From a fishing village to a global metropolis, Hong Kong has earned a great reputation globally, Lui added. He hoped the public could cherish the achievements, sit down, discuss and solve the problem in a peaceful and rational manner.

Lui made the comments after announcing this year's laureates of the 2019 LUI Che Woo Prize - Prize for World Civilization at a media session.

Chinese archaeologist Fan Jinshi, known as “the daughter of Dunhuang,” who dedicated to studying and preserving the Mogao Grottoes in Dunhuang, Gansu province, for more than 56 years was awarded the Positive Energy Prize.

A global environmental non-profit organization, the Nature Conservancy, was awarded the Sustainability Prize. It has been addressing nature issues in 72 countries for a more sustainable environment over the past 60 years.

The Welfare Betterment Prize was won by American biochemist Jennifer A. Doudna who co-invented CRISPR-Cas9, a revolutionary genome-editing technology which allows genetic material to be edited in animal and plant cells.

LUI Che Woo Prize — Prize for World Civilization was established by Lui in 2015 to honor individuals and organizations which have made remarkable contributions to the welfare of mankind.

ALSO READ: Exclusive interview with Lui Che-woo, Part II: “I see the prize as a seed”

This is the first year the prize didn’t identify specific areas of focus for each prize category to further open the prize for people and organizations, according to Lawrence Lau Juen-yee, chairman of the prize recommendation committee. He added that the nominees are valid to be nominated for LUI Che Woo Prize for five years which makes the nominee pool bigger and bigger.