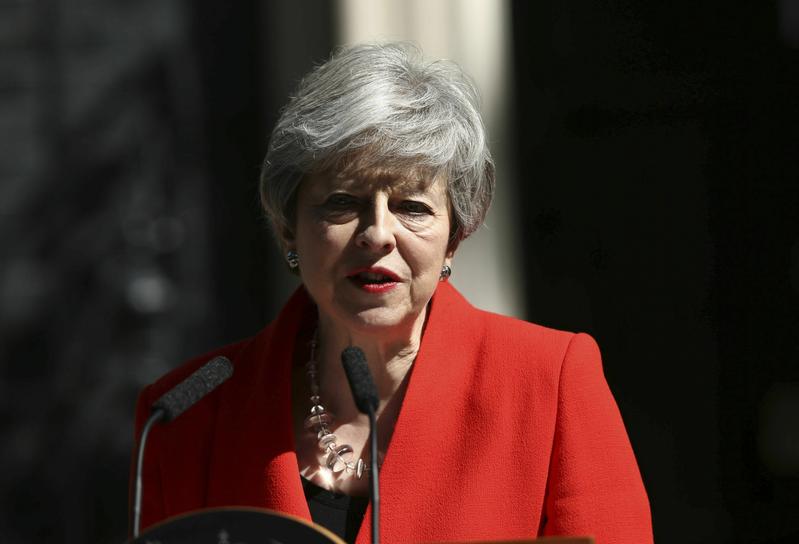 LONDON - Fighting back tears, Theresa May said on Friday she would quit, setting up a contest that will install a new British prime minister who could pursue a cleaner break with the European Union.

It is, and will always remain, a matter of deep regret to me that I have not been able to deliver Brexit

May's departure deepens the Brexit crisis as a new leader, who should be in place by the end of July, is likely to want a more decisive split, raising the chances of a confrontation with the EU and potentially a snap parliamentary election.

Her voice cracking with emotion, May, who endured crises and humiliation in her failed effort to find a compromise Brexit deal that parliament could ratify, said she would resign on Friday, June 7 with a leadership contest beginning the following week.

"I will shortly leave the job that has been the honor of my life to hold," May said outside her Downing Street official residence with her husband, Philip, looking on. "The second female prime minister, but certainly not the last.

"I do so with no ill will but with enormous and enduring gratitude to have had the opportunity to serve the country I love," said the usually reserved May as she fought back tears. 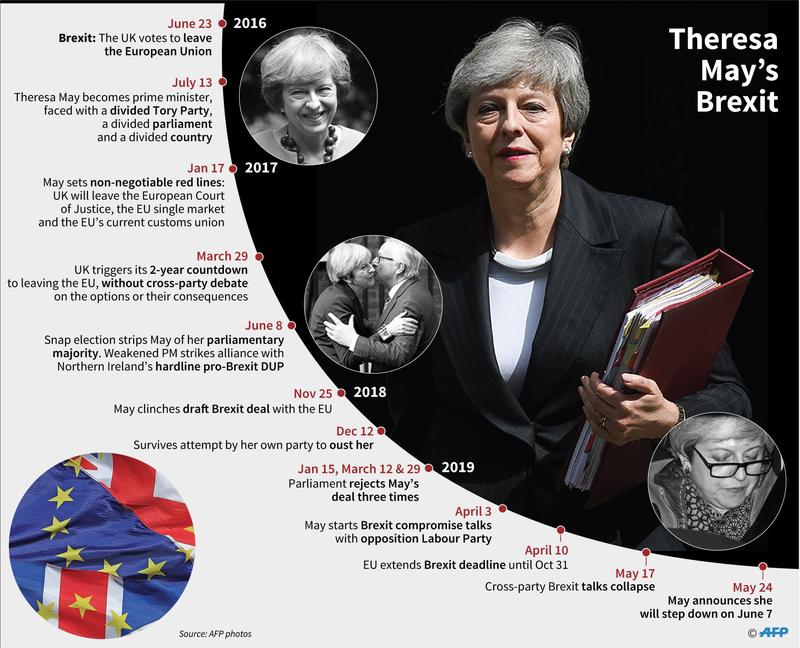 May, once a reluctant supporter of EU membership who won the top job in the turmoil that followed the 2016 Brexit referendum, steps down with her central pledge - to lead the United Kingdom out of the bloc and heal its divisions - unfulfilled.

May's departure deepens the Brexit crisis as a new leader, who should be in place by the end of July, is likely to want a more decisive split, raising the chances of a confrontation with the EU and potentially a snap parliamentary election

"It is, and will always remain, a matter of deep regret to me that I have not been able to deliver Brexit," May said, adding that her successor would have to find a consensus to honor the 2016 referendum result.

Jeremy Corbyn, leader of the main opposition Labour Party, said the new prime minister must hold an election to "let the people decide our country's future".

May bequeaths a deeply divided country and a political elite that is deadlocked over how, when or whether to leave the EU. The latest deadline for Britain's departure is Oct. 31.

Most of the leading contenders to succeed May want a tougher divorce deal, although the EU has said it will not renegotiate the Withdrawal Agreement it sealed with Britain in November.

Spain said it now seemed almost impossible to avoid a so-called hard Brexit, or clean break from the EU, and the bloc signaled there would be no change on the agreement despite European Commission President Jean-Claude Juncker learning of May's resignation "without personal joy".

Irish Foreign Minister Simon Coveney underlined the bloc's stance that there would be no better Brexit deal.

"This idea that a new prime minister will be a tougher negotiator and will put it up to the EU and get a much better deal for Britain? That's not how the EU works," Coveney told Ireland's Newstalk radio station.

Sterling swung back and forth on May's resignation, trading slightly higher on the day, and British government bond yields edged off near-two-year lows struck first thing on Friday. 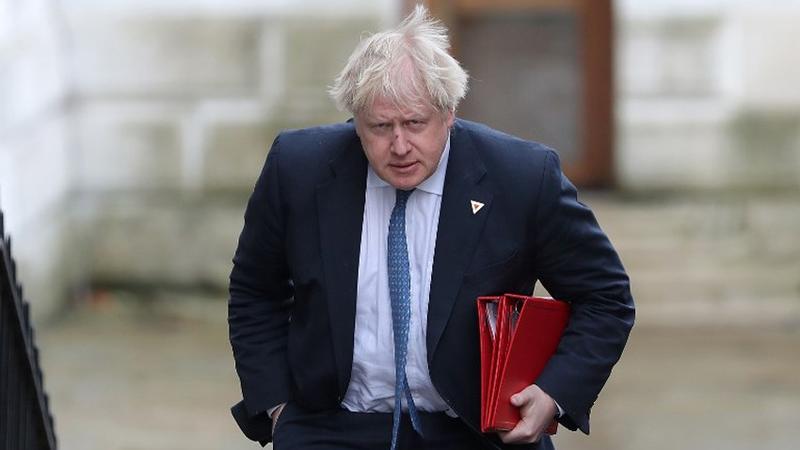 Boris Johnson, the face of the official Brexit campaign in 2016, is the favorite to succeed May and he thanked her for her "stoical service". Betting markets put a 40 percent implied probability on Johnson winning the top job.

Others tipped are Dominic Raab, a Brexit supporter and former Brexit secretary, with a 14 percent implied probability on his chances. Environment Secretary Michael Gove, former House of Commons leader Andrea Leadsom and Foreign Secretary Jeremy Hunt each have a 7 percent probability, according to betting markets.

For many Conservative lawmakers, speed is of the essence to install a new leader to try to break the Brexit impasse.

The governing party said it would move quickly to try to end the leadership contest before parliament breaks for a summer holiday, a so-called recess which usually falls in late July.