10 get death penalty over plot to kill Bangladesh PM Hasina 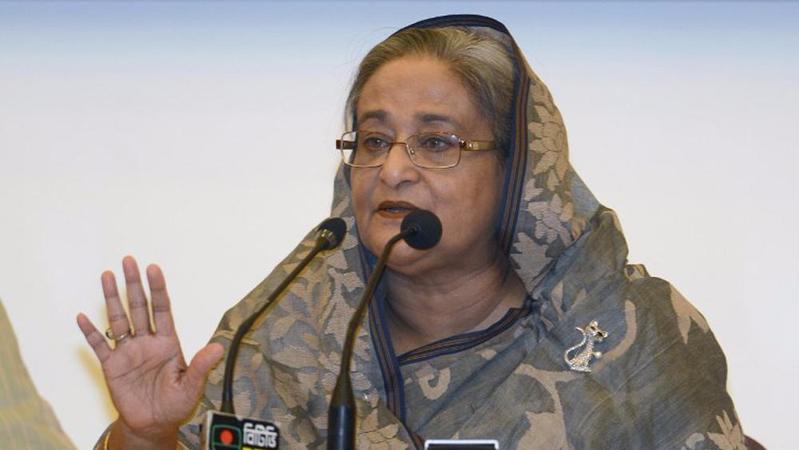 In this May 31, 2014 photo, Bangladesh Prime Minister Sheikh Hasina speaks during a press conference in Dhaka. A court in in Bangladesh's capital Dhaka on Aug 20, 2017 handed death penalty to 10 people for planting a 76-kg bomb in 2000 in a plot to assassinate the then opposition leader and incumbent PM Sheikh Hasina. (MUNIR UZ ZAMAN / AFP)

DHAKA – A special tribunal in Bangladesh's capital Dhaka on Sunday handed death penalty to 10 people for planting a 76-kg bomb in 2000 to assassinate the then opposition leader and incumbent Prime Minister Sheikh Hasina.

Dhaka's Special Trial Tribunal-2 Judge Momtaz Begum handed down the verdict in presence of the several accused, who are members of a banned local militant outfit Harkat-ul-Jehad-al-Islami (HUJI).

Begum also sentenced one person to life term imprisonment and nine others to 20 years of rigorous imprisonment.

Subject to confirmation by the apex court, the judge said the death row convicts will be executed in firing squad.

The court also acquitted four other accused as charges brought against them were not proven.

The 76-kg bomb was found while a stage was being set up at a college ground in Bangladesh's Gopalganj district, about 140 km away from Dhaka, on July 21 in 2000 where Hasina was supposed to address an election campaign rally next day.

The bomb was recovered by law enforcers before Hasina addressed the rally there.

Of the 25 accused in the two cases filed over an attempted murder and explosives, HUJI chief Mufti Hannan has already been executed in another case for the 2004 grenade attack on then British high commissioner to Bangladesh.

Defense lawyer Faruk Ahammad told journalists that eight accused are currently behind the bar, one has been granted bail while 15 others are on the run.

HUJI ringleader Hannan was a key suspect in the plotting to assassinate current Hasina and blow up courts, secular institutions as well as shrines and churches.

Hannan, who directly participated in the war in Afghanistan against the former Soviet Union, was injured by a bullet in his hand and returned to Bangladesh in 1995. He later formed his militant group Harkatul Jihad, which was banned by the government years later.

He came in the limelight of Bangladesh's politics after he announced at a public rally of Islamists in 1999 to establish a Taliban like government in Bangladesh by 2000.

Arrested in August 2005, Hannan confessed to an interrogating police about planting bomb to assassinate Hasina in 2000.

Hannan and his close aide Sharif Shahedul Alam were hanged in April this year for the 2004 grenade attack on then British high commissioner to Bangladesh.