Cooking up a food revolution

As the curtains come down on her much-loved plant-based eatery, founder Peggy Chan is moving on to making conscious consumption a more informed choice. Dorothy So reports. 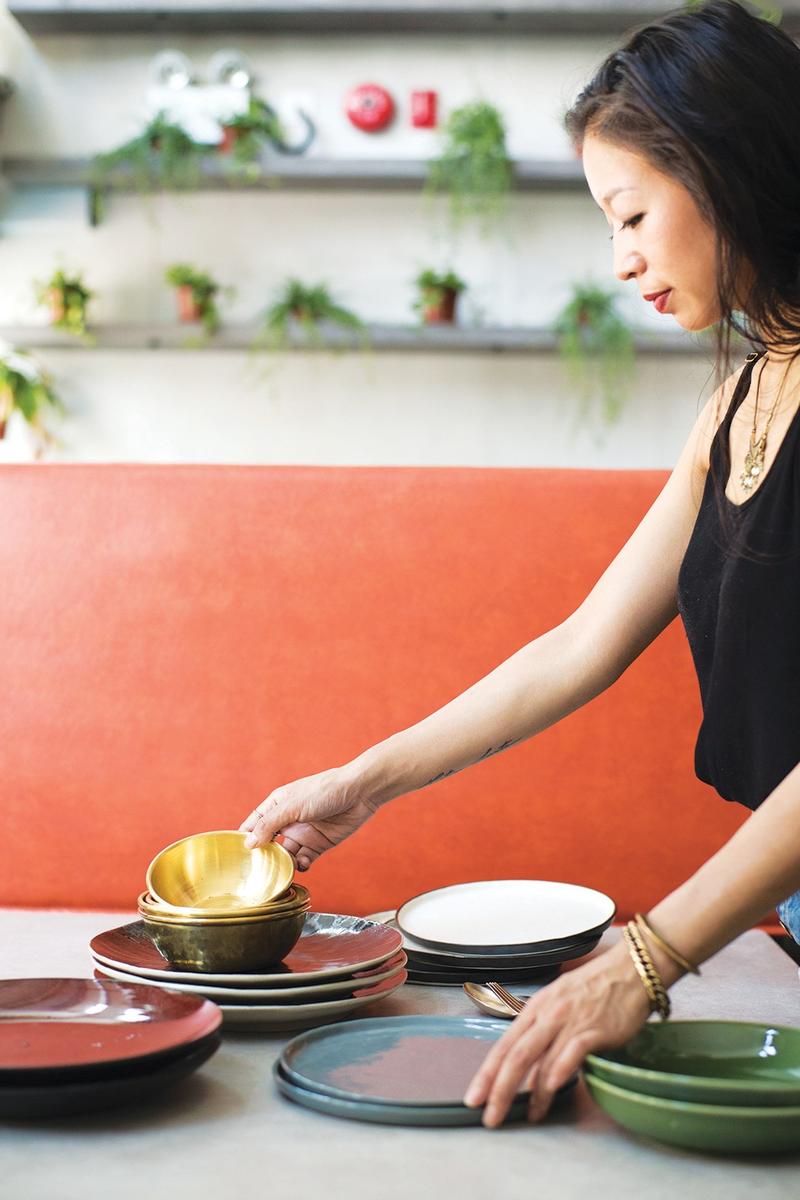 Peggy Chan calls herself an empath. On social media,  the 35-year-old chef often bares her soul on issues ranging from mental health awareness to gender equality. In person she sounds just as concerned and passionate about her beliefs. Sitting at a sun-lit table at Grassroots Pantry — her popular vegetarian restaurant on Hollywood Road — she volleys between moments of vulnerability, defiance, frustration, and excitement, all with the same level of unbridled honesty.

Chan’s sensitive nature is largely what led her to embrace a conscious consumption lifestyle for the past two decades. Born in Hong Kong and raised in Montreal, Chan went through what she calls a “deep, dark phase” when she was growing up, culminating at the age of 16 when her grandfather died and her parents separated.

“I was just really angry at the world and angry about everything,” she says, adding that she did not know how to process the hurt at the time. A school trip to rural China that year helped her see the light. “We took a bus that passed by all these farms. I saw some cows and all of a sudden it just dawned on me — why do we consume anything that has a living, beating heart?” Chan recalls.

That evening, she decided to stop eating beef. She cut out all meats from her diet soon after, which she says has helped her feel more calm and centered. This holistic, plant-based approach to eating formed the philosophy of Grassroots Pantry, which Chan opened in 2012 in Sai Ying Pun, attracting a loyal following of herbivores as well as carnivores. In 2015, she relocated to bigger premises on Hollywood Road.

Aside from being meat and dairy-free, the restaurant — which closed earlier this week — eschewed processed sugars, processed flours, and food additives. Working within these parameters forced Chan and her team to become more creative. While the restaurant started off serving simple pastas and salads, it became known for its increasingly sophisticated dishes, including the meaty meat-free popcorn “chicken” made from hedgehog mushroom flavored with galangal powder, and the raw vegetable pepperoni, a smoky mixture of red bell peppers and spices.

“My chefs are constantly given a challenge as to thinking, ‘what can I use to replace egg yolks to create that binding agent for choux puffs?’ Or, ‘what can I use to create this creamy sauce for pasta?’ That’s when you really start to think. That keeps you on your feet and makes you continuously innovate and remodel yourself,” Chan explains.

The desire to constantly push boundaries is what drove Chan to close Grassroots Pantry. Having popularized vegetarian food in the middle market for the past seven years, she hopes to elevate the plant-based dining experience with Nectar, which opens on July 25. Taking over the Grassroots location, the new restaurant offers seasonal tasting menus that reflect Chan’s creativity and core values as a chef, whether it’s by way of its 20-plus dairy-free cheeses or a multi-course dinner that doubles as an edible demonstration of how to reduce greenhouse gases. 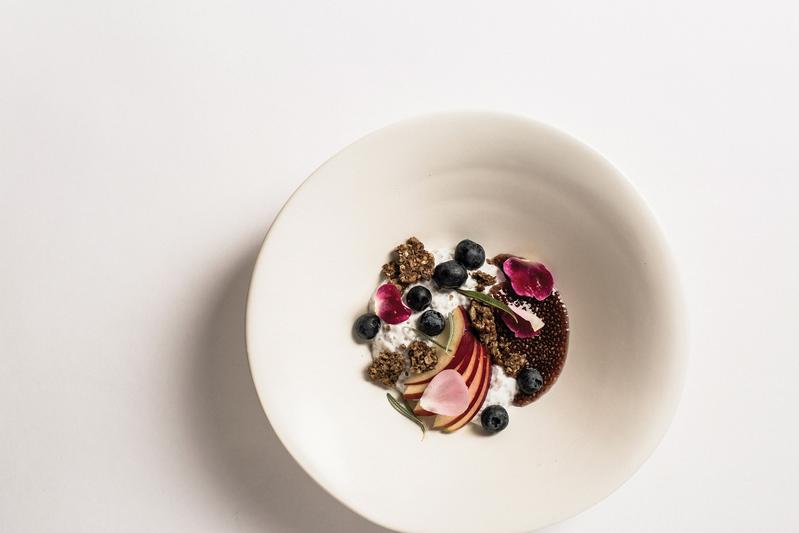 While Chan is now seen as one of the leading female chefs in Asia, she didn’t always plan on entering the food and beverage industry. She had enrolled in a general arts program at the University of Ottawa and thought of becoming a fashion designer, but it only took one semester for her to realize she needed to carve out a different path.

“I didn’t like being in a surrounding of different people who had different goals, different missions,” Chan says of her time in university. Her former guidance counselor suggested she apply to the Canadian outpost of Le Cordon Bleu. After all, Chan had used cooking as a means of connecting with people before, especially her mother. At the famed culinary school and through her subsequent kitchen experience — including at the Michelin-starred kitchens of Four Seasons Hong Kong — Chan has found a community of like-minded individuals, also fighting to effect change.

“We’ve always really supported each other,” Chan says of this community, largely made up of farmers, chefs, and eco-entrepreneurs. “Being honest, decent and having integrity with what you do naturally attracts you to people with integrity to support you and vice versa.”

While Grassroots sowed the seeds for greater awareness of more ethical approaches to eating, Chan  points to underlying and often unaddressed issues in the food system, such as packing, sourcing, and processing, and says that most consumers are still unaware of the amount of effort — and costs — that go into the sustainability model she operates on.

For example, Chan won’t use an ingredient unless it is certified to have been sourced organically and the people producing it are paid fairly. On several occasions, she’s had to forego more cost-effective alternatives because they didn’t meet her standards of transparency and equality.

Chan has become increasingly vocal as an activist for issues tied to her work as a chef and entrepreneur. Last year, her team released its first annual sustainability report, which chronicles the carbon footprint of Grassroots Pantry as a way of sharing knowledge about responsible restaurant practices.

Chan is also working on Pollen Lab, an R&D platform and academy that will open at The Mills in Tsuen Wan later this summer. Operating as a non-governmental organization, the space aims to educate chefs, restaurateurs, and the general public on actionable solutions to combat climate change and other problems that can be mitigated by the way we cook and consume. The curriculum will draw from the vast amount of data and research. Chan’s team has accumulated over the years, as well as expertise from trained professionals and guest chefs.

“I want to spread what we do among more people so that we can create change faster that way,” Chan says of her decision to openly share what she’s learnt so far. “What is the point of doing what we do at Grassroots Pantry if we can’t get others to do the same?”