US govt partially shuts down in fight over Trump's border wall 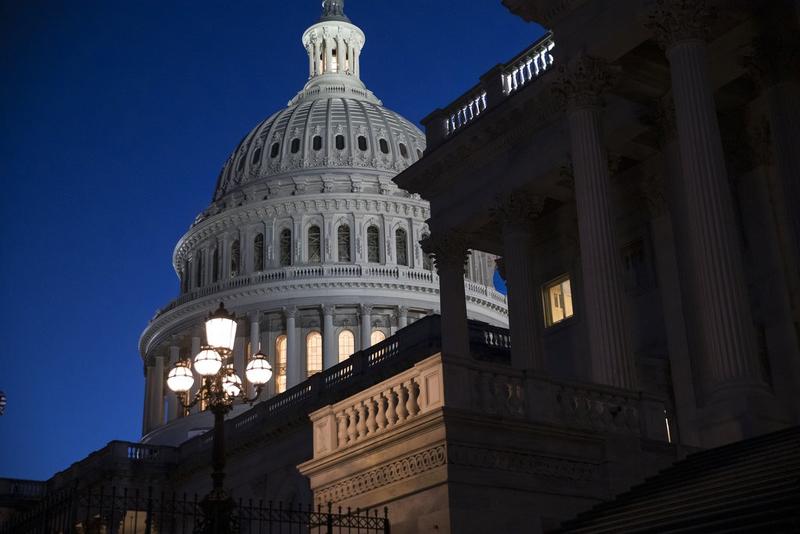 The Capitol is seen at day's end as the Senate works on a House-passed bill that would pay for US President Donald Trump's border wall and avert a partial government shutdown, at the Capitol in Washington, Dec 21, 2018. (J. SCOTT APPLEWHITE / AP)

WASHINGTON - The US government was partially shut down early on Saturday in a fierce dispute over President Donald Trump's demands that Congress assign US$5 billion for a wall along the border with Mexico.

After failing to strike a budget deal on Friday, congressional leaders and the White House pledged to keep talking through the weekend in search of a deal to end the shutdown ahead of the Christmas holiday.

Trump sought to blame Democrats, who responded by reminding him that he said last week he would be "proud" to shut down key parts of the federal government in order to get funding for a wall on the US border with Mexico.

"We're going to have a shutdown. There's nothing we can do about that because we need the Democrats to give us their votes," Trump said in a video posted to his Twitter account about two hours before a midnight deadline to pass a stop-gap spending bill. "The shutdown hopefully will not last long."

Republican and Democratic senators had this week reached a deal on short-term funding legislation that did not include the US$5 billion Trump wants, but the president said on Thursday he would not sign it.

The shutdown was the latest evidence of dysfunction in Washington and does not bode well for next year, when Democrats will have a stronger hand as they take control of the House of Representatives.

"President Trump has thrown a temper tantrum and now has us careening towards a 'Trump shutdown' over Christmas," Senate Democratic leader Chuck Schumer said on the Senate floor.

"You're not getting the wall today, next week or on January 3rd, when Democrats take control of the House," Schumer added.

Hours before the midnight deadline, lawmakers met with Vice President Mike Pence and other White House officials in a last-ditch effort to find a compromise funding bill acceptable to both political parties and Trump.

Senators said talks would continue over the weekend. The Senate was set to return from recess at noon on Saturday.

Congressional funding for about one-quarter of the federal government's programs expired at midnight.

Three-quarters of government programs are fully funded through next Sept 30, including those in the Defense Department, Labor Department and Health and Human Services. But funding for other agencies, including the departments of Homeland Security, Justice and Agriculture, was set to expire at midnight on Friday.

A partial shutdown begins with affected agencies limiting staff to those deemed "essential" to public safety.

"GOING TO GET A WALL"

Before the House and Senate adjourned, negotiators were discussing US$1.6 billion for a range of border security measures - not specifically for a wall - and retaining financial assistance for areas hit by natural disasters that was added by the House, a Republican Senate aide said.

That US$1.6 billion would only be US$300 million more than the amount the Senate approved in the temporary funding bill that it passed late on Wednesday, only for Trump to reject it.

Trump earlier on Friday had said at the White House that chances of a shutdown "are probably pretty good," adding, "We're going to get a wall." 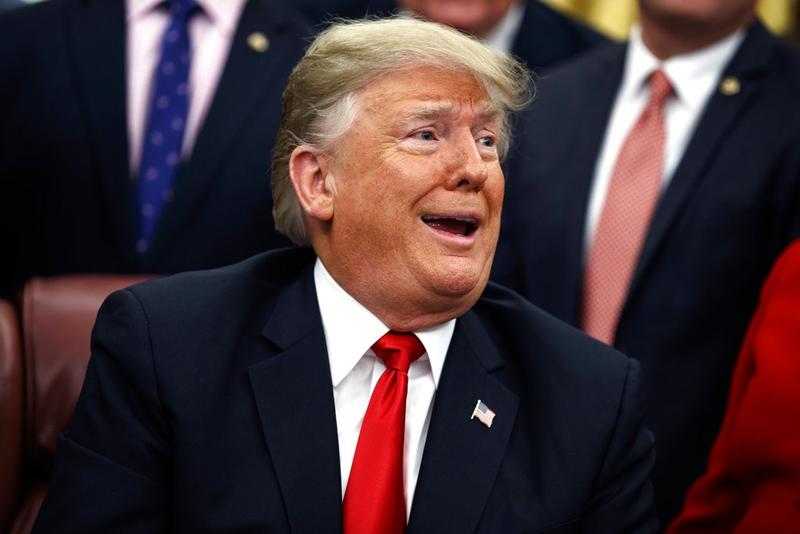 US President Donald Trump speaks during a signing ceremony for criminal justice reform legislation in the Oval Office of the White House, Dec 21, 2018, in Washington. (EVAN VUCCI / AP)

Trump made a wall along the US-Mexican border to combat illegal immigration and drug trafficking a key campaign promise in the 2016 election, when he said it would be paid for by Mexico.

He sees it as a winning issue for his 2020 re-election campaign. Democrats oppose the wall, calling it unnecessary and ineffective.

Rubio said that earlier in the week the Republicans went with their funding bill because Pence had told them the White House was open to such a proposal.

In a shutdown, critical workers -- including US border agents, and nonessential employees -- would not get paid until the dispute ends. National parks also would close unless the government declares them essential

"We had a reasonable path and there was every indication from the president that he would sign it," Alexander said.

In a series of early-morning tweets on Friday, Trump called on Senate majority leader Mitch McConnell to use a "nuclear option" to allow a Senate vote on legislation with a simple majority, rather than the standard "supermajority" of 60 votes.

But there was not enough support among Republican senators to do so.

The showdown added to tensions in Washington as lawmakers also grappled with Trump's sudden move to pull troops from Syria , which prompted Defense Secretary Jim Mattis to resign.

Special Counsel Robert Mueller's investigation of Russian meddling in the 2016 election and possible collusion by Trump's campaign team is also hanging over the White House.

In a shutdown, critical workers -- including US border agents, and nonessential employees -- would not get paid until the dispute ends. National parks also would close unless the government declares them essential.

More than half of the 1,700 people who work for the executive office of the president would be "furloughed," meaning they would be put on temporary leave.