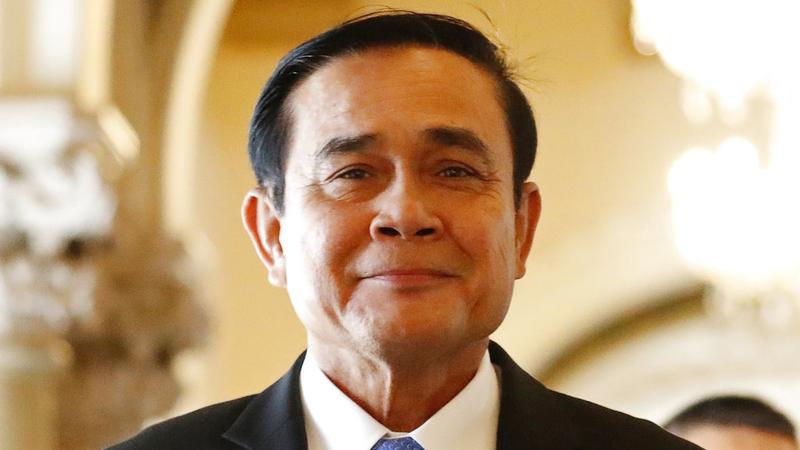 BANGKOK — A political party closely associated with Thailand's military government on Wednesday named Prime Minister Prayuth Chan-ocha as a possible candidate to become the next premier if it forms a government after next month's election.

The Palang Pracharat party announced that its executive board will designate Prayuth, along with party leader Uttama Savanayana and Deputy Prime Minister Somkid Jatusripitak, as its three candidates, as required under rules for the March 24 general election.

Prayuth, then army commander, led a coup in 2014 that ousted an elected government and was named prime minister

Prayuth, then army commander, led a coup in 2014 that ousted an elected government and was named prime minister.

Prayuth has not clarified if he intends to run. He could still become an "outsider prime minister" under the country's latest constitution, which doesn't require that the prime minister be a member of Parliament.

The military said it staged the coup to reform politics, and Prayuth initially disclaimed any political ambition.

However, when Palang Pracharat was established last year, it was seen as a proxy for the military. It adopted the old style of politics that reforms were supposed to remove, with big-money backers and alliances with political party bosses around the country who could deliver votes directly or when the time comes to form a new government coalition.

In recent months, Prayuth has traveled the country widely, ostensibly as part of his government duties but in a style that closely resembles political campaigning.

With advantages similar to those held by an incumbent political party, Palang Pracharat is widely tipped to run first or second in the election.

It also has other advantages because of laws governing elections that were enacted under the military government aimed mostly at keeping political parties weak at the expense of the permanent bureaucracy, which includes the military and other conservative elements of Thai society.

Their ultimate intention is seen to be keeping the political machine of former Prime Minister Thaksin Shinawatra, whose popularity threatened traditional power holders, from returning to office. Thaksin was deposed in a 2006 coup, and his sister, who also served as prime minister, was forced out of office just before the 2014 coup.

An elaborate electoral system that includes disproportionate power for an unelected Senate in naming a new prime minister heavily favors the Palang Pracharat, even as the Pheu Thai party affiliated with Thaksin is expected to retain much of its old popularity.