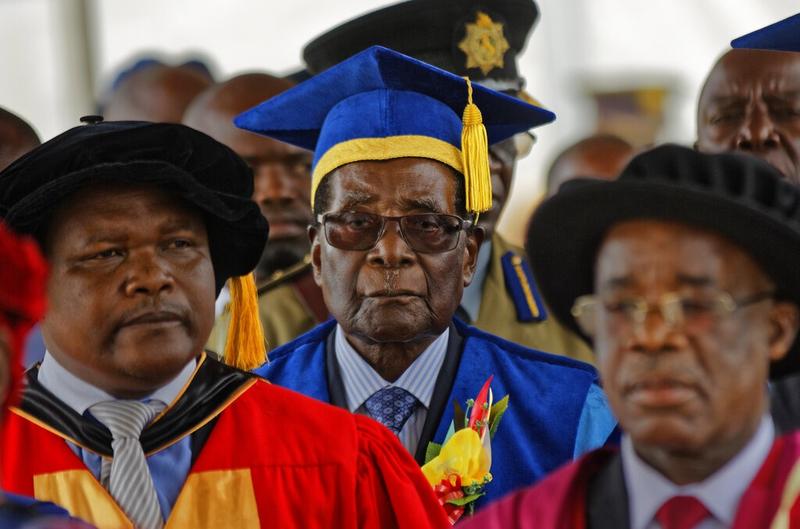 In this Nov 17, 2017 file photo then Zimbabwe's President Robert Mugabe, center, arrives to preside over a student graduation ceremony at Zimbabwe Open University on the outskirts of Harare, Zimbabwe. BEN CURTIS / AP)

BEIJING - China on Friday expressed deep condolences over the passing of Zimbabwe's former leader Robert Mugabe, lauding him as an "outstanding leader of the national liberation movement and statesman" of the country.

It was announced on Friday by the incumbent President of Zimbabwe Emmerson Mnangagwa via social media that Mugabe had died at the age of 95.

When asked for comment, Foreign Ministry spokesperson Geng Shuang said that Mugabe had lived his life firmly committed to safeguarding national sovereignty and independence, and opposing foreign interference. He actively promoted friendly cooperation between China and Zimbabwe as well as that between China and Africa as a whole, Geng said.

"We'd like to express deep condolences over Mugabe's passing, and convey sincere sympathy to Zimbabwe's government, its people, as well as his family members," the spokesperson said at a press briefing.