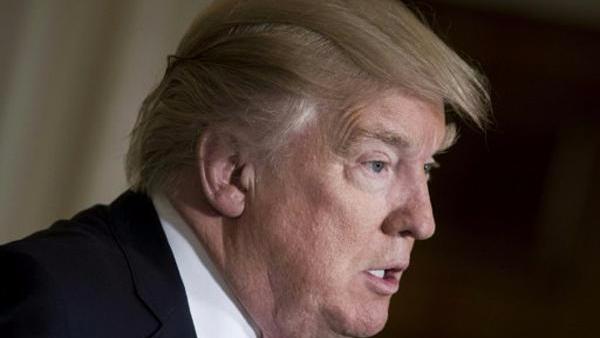 WASHINGTON - US President Donald Trump said Thursday he would prefer a diplomatic approach to solving the Korean Peninsula issue, but warned that a major conflict with the Democratic People's Republic of Korea (DPRK) is possible.

"We'd love to solve things diplomatically but it's very difficult," Trump told Reuters, adding that "there is a chance that we could end up having a major, major conflict with North Korea (DPRK). Absolutely." DPRK is also referred to as North Korea.

Senior officials of the Trump administration on Wednesday briefed members of the US Congress on Washington's policy towards the DPRK.

Trump aims to use economic sanctions and diplomatic measures to pressure the DPRK into dismantling its nuclear and missile programs, US officials said in a statement after the briefing.

"We are engaging responsible members of the international community to increase pressure on the DPRK in order to convince the regime to de-escalate and return to the path of dialogue," said the statement.

The statement was jointly issued by Secretary of State Rex Tillerson, Secretary of Defense James Mattis and Director of National Intelligence Dan Coats.

The United States seeks stability and the peaceful denuclearization of the Korean Peninsula, calling the DPRK's pursuit of nuclear weapons "an urgent national security threat and top foreign policy priority," said the statement.

"We remain open to negotiations towards that goal. However, we remain prepared to defend ourselves and our allies."