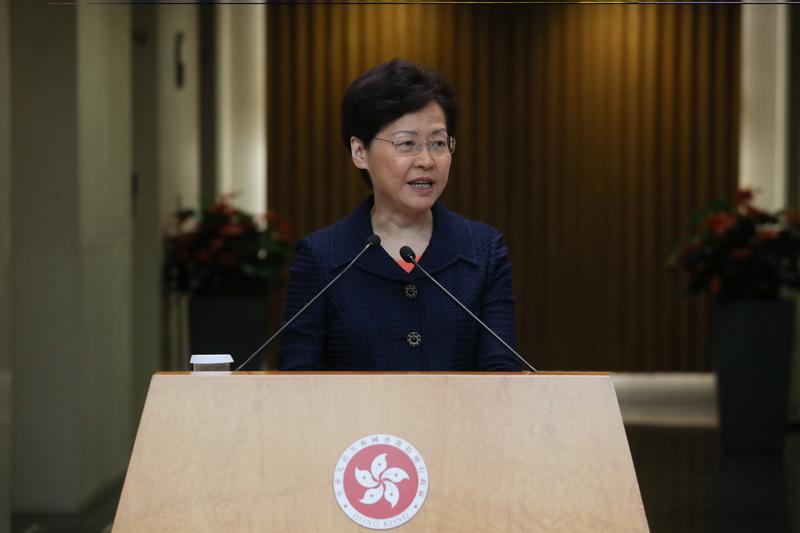 HONG KONG - Hong Kong Chief Executive Carrie Lam said on Tuesday her government would immediately set up a platform to hold dialogue with Hong Kong people of all backgrounds.

Starting this week, Lam said, talks will begin with organizations and people who gave practical advice to the government in the past three months

“All my principal officials and I are committed to listening to what the people have to tell us,” she said. Lam said top officials of the SAR government, including herself, were committed to listening to people across the political spectrum in a humble and open manner. She hoped dialogues could facilitate mutual understanding and respect in a now-divided society, and help the city recover from protracted chaos.

Starting this week, Lam said, talks will begin with organizations and people who gave practical advice to the government in the past three months. 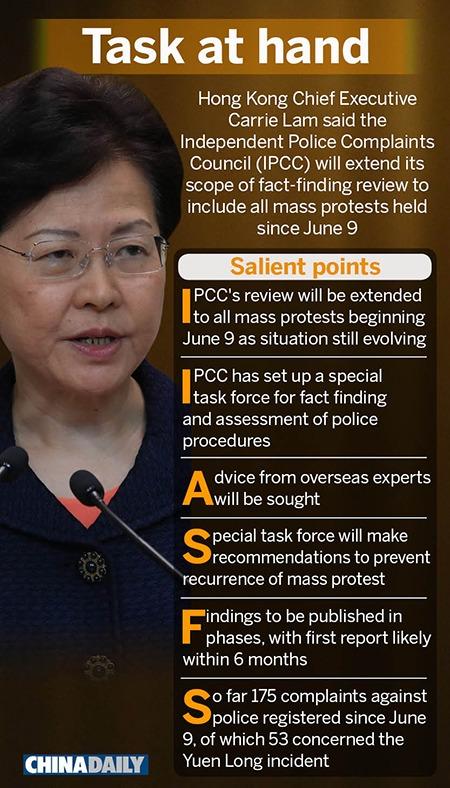 Sunday's protest was the calmest since latest demonstrations against a now-shelved extradition bill escalated in mid-June.

Lam said she remained convinced that Hong Kong had its unique advantages in attracting overseas companies and the government had been doing its best to ensure that the rule of law was being upheld and respected in Hong Kong.

Earlier, the government commissioned the Independent Police Complaints Council (IPCC) to look into the causes and find facts pertaining to violent protests from June 9 to July 2 and submit a report within 6 months.

Lam said the scope of IPCC's review would now be extended to all mass protests beginning June 9 as it was uncertain when the turmoil was going to end.

In order to undertake an exhaustive review, the IPCC has set up a special task force for, among other things, fact finding, assessment of police procedures and making recommendation to prevent reoccurrence. The report will be made public when ready.

As part of the review, the IPCC will look into complaints against police, including those pertaining to an incident in Yuen Long on July 21

READ MORE: Carrie Lam's offer of talk and reconciliation should be respected

To ensure objectivity of the review, the IPCC will also hire experienced foreign experts, including those who dealt with the unrest in UK in 2011, Lam said.

As part of the review, the IPCC will look into complaints against police, including those pertaining to an incident in Yuen Long on July 21 wherein white-clad mobs indiscriminately attacked protesters, passengers and journalists in the subway station, Lam said.

She said 175 complaints against police had been registered since June 9, of which 53 concerned the Yuen Long incident.