Iran says it has breached stockpile limit under nuclear deal 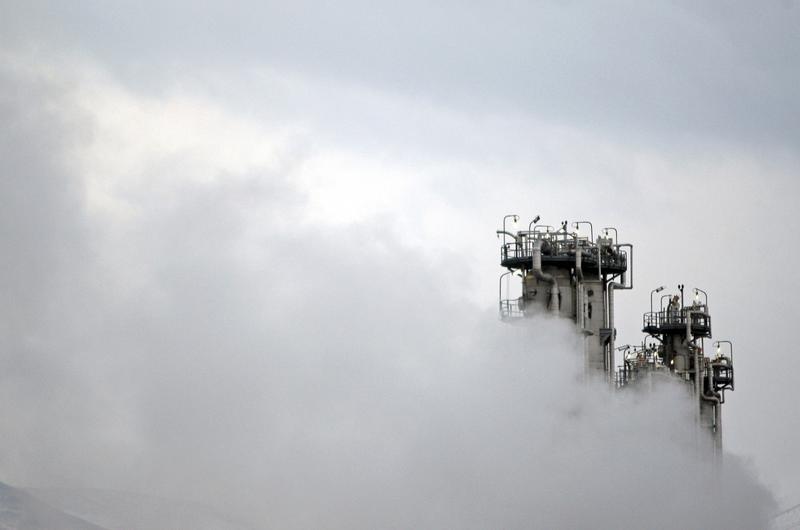 TEHRAN, Iran — Iran acknowledged Monday it had broken the limit set on its stockpile of low-enriched uranium by the 2015 nuclear deal, marking its first major departure from the unraveling agreement a year after the US unilaterally withdrew from the accord.

Iran long has insisted its nuclear program is for peaceful purposes, despite Western fears about it

Iran had been expected for days to acknowledge it broke the limit after earlier warning it would do so. It held off on publicly making an announcement as European leaders met Friday in Vienna to discuss ways to save the accord. Iran has threatened to increase its enrichment of uranium closer to weapons-grade levels by July 7.

The announcement comes as tensions remain high between Iran and the US. In recent weeks, the wider Persian Gulf has seen Iran shoot down a US military surveillance drone, mysterious attacks on oil tankers and Iranian-backed rebels in Yemen launching bomb-laden drones into Saudi Arabia.

"If Europeans do what they have to do, our measures are reversible," Zarif said, according to IRNA.

Zarif did not say how much low-enriched uranium had on hand, IRNA said.

The United Nations' nuclear watchdog, the International Atomic Energy Agency, confirmed Iran had broken through the limit. IAEA Director General Yukiya Amano told the agency's board of governors that it had verified the development.

Breaking the stockpile limit by itself doesn't radically change the one year experts say Iran would need to have enough material for an atomic bomb, if to choose to pursue one. Iran long has insisted its nuclear program is for peaceful purposes, despite Western fears about it.

But by coupling an increasing stockpile with higher enrichment, it begins to close that one-year window and hamper any diplomatic efforts at saving the accord. 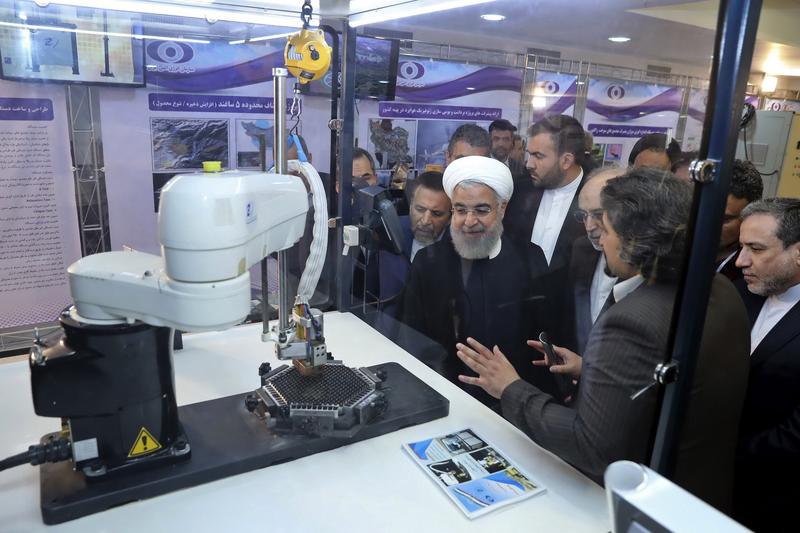 In this April 9, 2018 photo, released by an official website of the office of the Iranian Presidency, President Hassan Rouhani listens to explanations on new nuclear achievements at a ceremony to mark "National Nuclear Day," in Tehran, Iran. (IRANIAN PRESIDENCY OFFICE / AP)

Under terms of the nuclear deal, Iran agreed to have less than 300 kilograms of uranium enriched to a maximum of 3.67%. Previously, Iran enriched as high as 20%, which is a short technical step away from reaching weapons-grade levels. It also held up to 10,000 kilograms of the higher-enriched uranium.

At the time of the 2015 deal, which was agreed to by Iran, the United States, China, Russia, Germany, France and Britain, experts believed Iran needed anywhere from several weeks to three months to have enough material for a bomb.

Zarif was quoted as also saying that the country remained on track to raise its enrichment if Europe did not take any additional steps toward saving the accord.

"The next step is about the 3.67% limitation, which we will implement too," he warned.

In Moscow, Russia's Deputy Foreign Minister Sergei Ryabkov noted that Iran had warned in advance it was going to exceed the limit set by the deal and emphasized that Tehran's move followed "unthinkable" US pressure.

"It didn't come as a surprise, Iran long has warned about it," Ryabkov said Monday.

"Exceeding the 300-kilogram limit causes regret, but shouldn't be overdramatized. It must be seen as a natural result of the preceding events," Ryabkov said. "Iran has faced an unprecedented and unthinkable US sanction pressure, effectively meaning a total oil embargo, an attempt to strangle a sovereign state."

READ MORE: Khamenei: Iran will not retreat in face of US sanctions, 'insults'

"We are calling on all European members of the Joint Comprehensive Plan of Action not to heat up the situation," he added, using the accord's formal name. "We are urging our Iranian colleagues to be extremely responsible regarding their actions, particularly those that concern Iran's fulfillment of comprehensive guarantees with the IAEA and an additional protocol to the agreement."