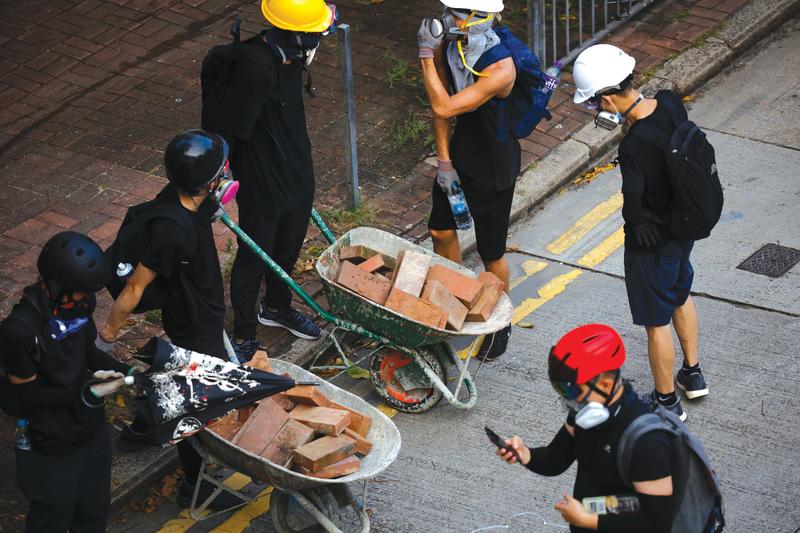 Zeman, chairman of Lan Kwai Fong Group, talked to China Daily on Tuesday — a day after the Hong Kong and Macao Affairs Office of the State Council held its third press conference within three weeks on the chaos in Hong Kong.

At the media conference, the HKMAO said the escalating violence in Hong Kong has begun to show “the first sign of terrorism”.

The chaos they (radical protesters) have created has dealt a serious blow to the tourism industry and business environment, raising the possibility of mass layoffs

Zeman saw that as a “soft warning” to the protesters, particularly the small group of extreme core radicals, as the central government doesn’t want to see Hong Kong — a part of China — destroyed by unbridled violence that has spread across the city.

Though still feeling safe walking around in Hong Kong, Zeman agreed that the extremely violent acts of some protesters are getting close to terrorism.

Violent clashes between radical demonstrators and the police have become a regular occurrence in Hong Kong. In the citywide mayhem on Sunday, lethal weapons, including gasoline bombs and powerful launchers, were used by some rioters to attack police stations. An on-duty police officer received  burns on both legs after being struck by a gasoline bomb.

In Zeman’s view, the radical protesters advocating Hong Kong independence are playing a “zero-sum game”, which is doomed to fail.

What they are doing to Hong Kong is to cause disruptions and destroy the city’s stability and reputation, he said, adding that the chaos they have created has dealt a serious blow to the local tourism industry and business environment, raising the possibility of mass layoffs.

China, Zeman said, would never let Hong Kong be independent. “Fighting for independence is just idealism. It will lose in the end.”

A justice of the peace, Zeman said violence must be stopped and the situation cannot be allowed to get worse, or the city will be pushed into a blind alley.

“In effect, they (the protesters) don’t realize they are destroying their own future as well,” he remarked.

The business magnate said the public should not treat the police as their enemies. The force has always been regarded as the finest in the world, and they are much more “tolerant” and “restraint” compared with their counterparts in other regions.

“(According to) my experience in other countries, normally when such things happen, the police would not be using rubber bullets, but real bullets,” said Zeman who was born in Germany and grew up in Canada.

What the Hong Kong police were trying to do was to safeguard the city’s security, he said.