Release of Mueller report fuels partisan wrangling in US 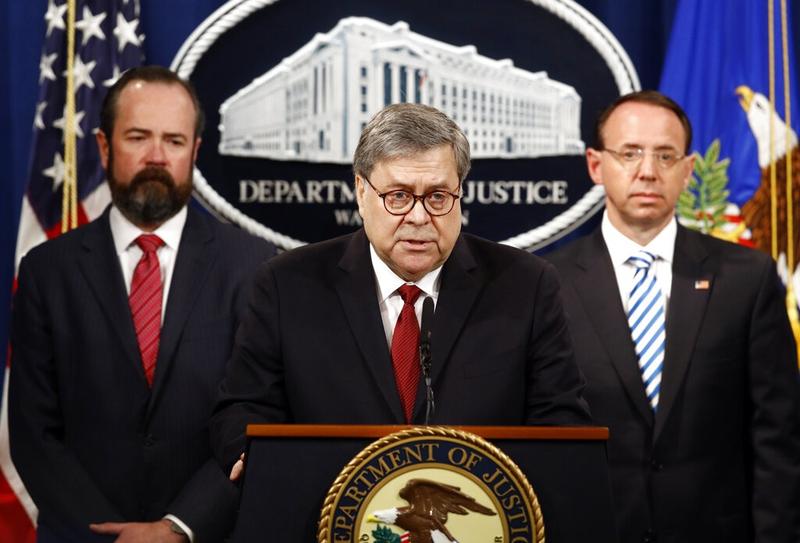 WASHINGTON - A redacted version of special counsel Robert Mueller's investigative report on the Russia probe was made public Thursday, adding new fuel to bitter partisan wrangling that has been dividing Washington.

The 448-page report, released by the Justice Department, is the culmination of Mueller's nearly two-year inquiry into whether US Donald Trump's campaign conspired with the Russian government during the 2016 US presidential election and whether the president had obstructed justice.

The investigation found no evidence that Trump's campaign team engaged in a criminal conspiracy with Russia, while Mueller was unable to draw a conclusion on whether the president committed obstruction of justice, according to the report.

"The evidence we obtained about the President's actions and intent presents difficult issues that prevent us from conclusively determining that no criminal conduct occurred," the report said. 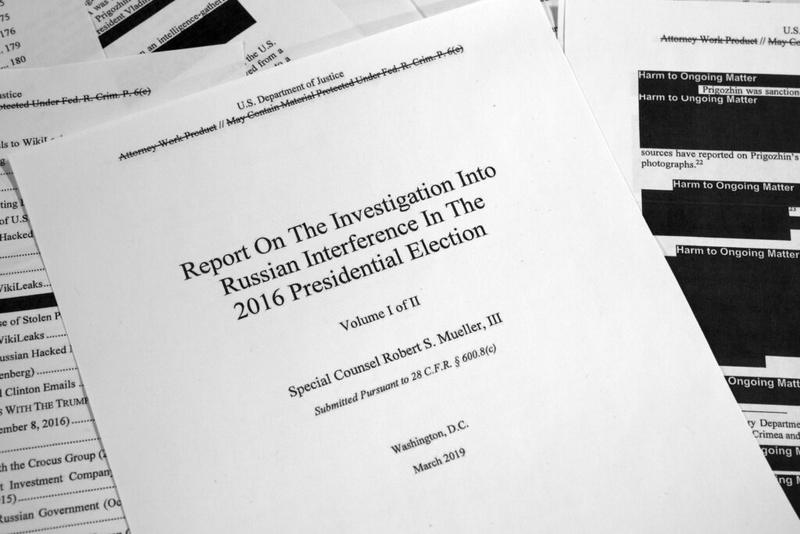 "Accordingly, while this report does not conclude that the President committed a crime, it also does not exonerate him," it added.

Attorney General William Barr, who held a press conference at the Justice Department shortly before the report's public release, said Mueller did not make a "traditional prosecutorial judgment" regarding allegations that Trump had obstructed justice.

Instead, the special counsel recounts 10 episodes in his report involving the president and discusses potential legal theories for connecting these actions to elements of an obstruction offense.

The report also claimed that there is a Russian campaign of hacking and propaganda to sow discord in the United States, boost Trump, and denigrate his Democratic rival, Hillary Clinton. Russia has repeatedly denied any meddling in the US elections.

The release of report came nearly a month after Mueller concluded his wide-ranging inquiry, which had led to felony charges against 34 people, including six Trump associates and advisers, and three entities, and has shadowed the White House.

According to Mueller's report, the special counsel referred 14 investigations to other US attorney's offices. 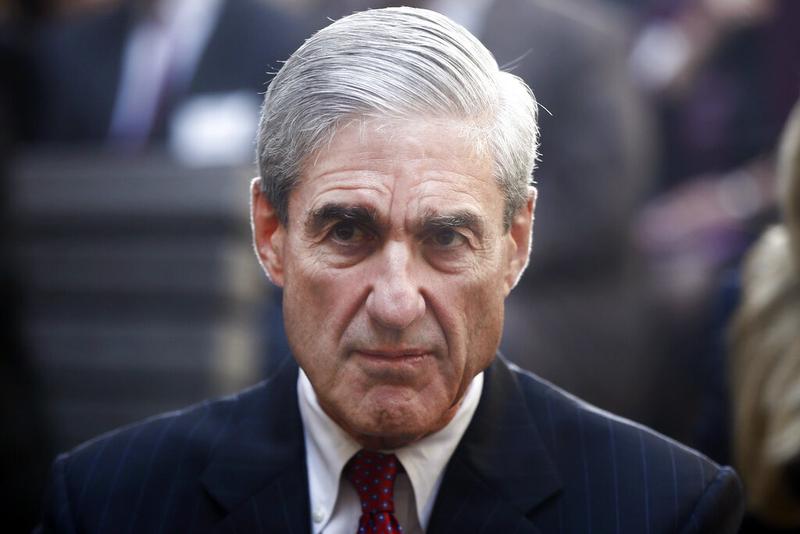 Mueller, whom Rosenstein appointed in May 2017, took over the investigation after Trump abruptly fired former FBI Director James Comey, a move that raised questions about his potential obstruction of justice.

According to the report, Trump was frustrated by the special counsel's appointment.

"Everyone tells me if you get one of these independent counsels it runs your presidency," Trump said, cited by the report. "It takes years and years and I won't be able to do anything. This is the worst thing that ever happened to me."

Trump also had tried to seize control of Mueller's investigation and force his removal after media reports indicated that the special counsel was looking into whether he had obstructed justice, the report revealed.

In June 2017, Trump reportedly directed then White House Counsel Don McGahn to call a Justice Department official and say that Mueller "had conflicts of interest and must be removed," which McGahn refused and threatened to resign. 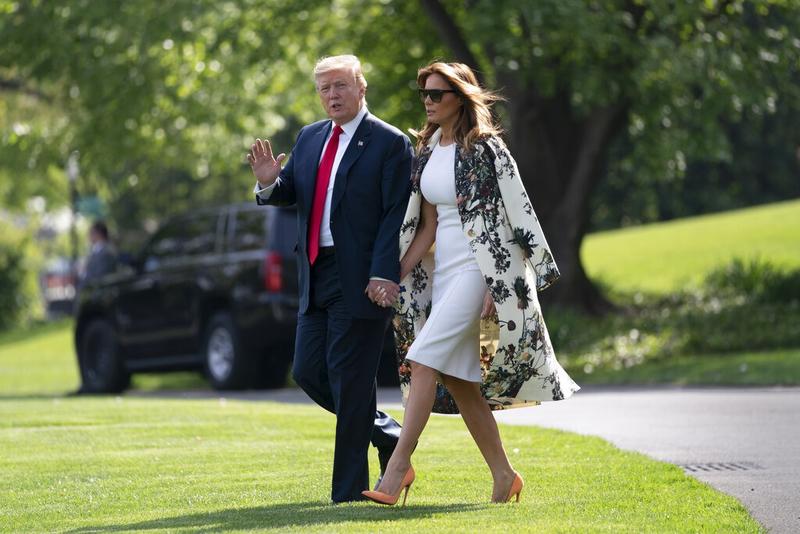 Without taking questions from reporters about the Mueller report, US President Donald Trump and first lady Melania Trump walk to board Marine One for the short trip to Joint Base Andrews then on to his estate in Palm Beach, Fla., at the White House in Washington, April 18, 2019. (J. SCOTT APPLEWHITE)

"The President's efforts to influence the investigation were mostly unsuccessful, but that is largely because the persons who surrounded the president declined to carry out orders or accede to his requests," Mueller wrote in the report.

Rudy Giuliani, Trump's lawyer, defended the president when speaking to Fox News on Thursday, saying that he "did not have a guilty motive."

The special counsel also wrote that he had the authority to issue a grand jury subpoena in order to interview Trump but decided against doing so because it would delay the investigation.

He said his team "had sufficient evidence to understand relevant events and to make certain assessments without the president's testimony."

Trump did provide written testimony on "certain" Russia-related topics, but not on "obstruction topics," said the report.

Trump told an event at the White House on Thursday that he's "having a good day."

"It's called no collusion, no obstruction," the president said. "This should never happen to another president again."

Trump's re-election campaign claimed in a statement on Thursday that the president "has been fully and completely exonerated yet again."

"Now the tables have turned, and it's time to investigate the liars who instigated this sham investigation into President Trump," said campaign manager Brad Parscale.

Democrats have demanded the full report, which Barr has said is redacted to protect grand jury material, sensitive intelligence, matters that could affect ongoing investigations and damage to the privacy rights of third parties, be made public to get a clearer picture of Mueller's investigation and conduct Congressional oversight.

Jerry Nadler, chairman of the House Judiciary Committee said Thursday that he'll be issuing a subpoena for the full special counsel report and the underlying materials.

"Even in its incomplete form, the Mueller report outlines disturbing evidence that President Trump engaged in obstruction of justice and other misconduct," the New York Democrat said in a statement.

"The responsibility now falls to Congress to hold the President accountable for his actions," he added.

Kremlin Spokesman Dmitry Peskov said Thursday that the Kremlin does not follow the development with the release of the Mueller report.

"The release of the report is highly awaited in the United States, but not here. For us, this is not a topic and not an object of our interest, fears or concerns," Peskov said.

Speaking to a press conference Thursday afternoon, Nadler accused Barr, a Trump appointee who was sworn in as attorney general in February, of protecting the president and willfully ignoring key findings.

"The attorney general's decision to withhold the full report from Congress is regrettable but no longer surprising," said Nadler.

House Majority Leader Steny Hoyer, also a New York Democrat, told CNN that there is nothing he has seen so far in Mueller's report that would change the lower chamber leadership's strategy to avoid impeachment proceedings.

"Based on what we have seen to date, going forward on impeachment is not worthwhile at this point. Very frankly, there is an election in 18 months and the American people will make a judgment," Hoyer said.

In a letter to Congress on Thursday, Barr said a less-redacted version of Mueller's report will be made available to the top-ranking House and Senate lawmakers from both parties.

All redactions, Barr said, would be removed from that version of the report except those relating to grand-jury information.

"I do not believe that I have discretion to disclose grand-jury information to Congress. Nevertheless, this accommodation will allow you to review the bulk of the redacted material for yourselves," the attorney general added.

Giuliani has said his team is preparing a document that runs "30 or so" pages "without appendix" as a rebuttal to Mueller's report.

The fact that the president remains in office is "his greatest rebuttal," Conway told reporters at the White House.