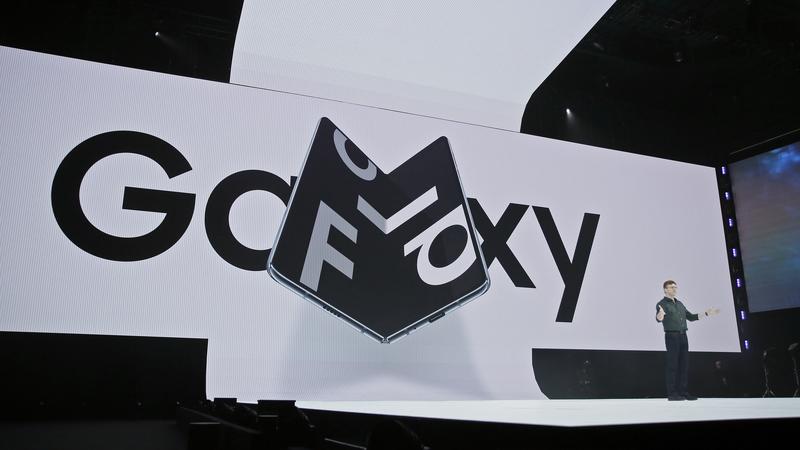 NEW YORK/SEOUL - South Korea's Samsung Electronics Co Ltd said it has received "a few" reports of damage to the main display of samples of its upcoming foldable smartphone and that it will investigate.

Some tech reviewers of the Galaxy Fold, a splashy US$1,980 phone that opens into a tablet and that goes on sale in the United States on April 26, said the phone malfunctioned after only a day or two of use.

"We will thoroughly inspect these units in person to determine the cause of the matter," Samsung said in a statement, noting that a limited number of early Galaxy Fold samples were provided to media for review.

Samsung, which has advertised the phone as "the future", said removing a protective layer of its main display might cause damage, and that it will clearly inform customers such

The problem seems to be related to the unit's screen either cracking or flickering, according to Twitter posts by technology journalists from Bloomberg, The Verge and CNBC who received the phone this week for review purposes.

Samsung, which has advertised the phone as "the future", said removing a protective layer of its main display might cause damage, and that it will clearly inform customers such.

The company said it has closed pre-orders for the Galaxy Fold due to "high demand". It told Reuters there is no change to its release schedule following the malfunction reports.

The South Korean company's Galaxy Fold resembles a conventional smartphone but opens like a book to reveal a second display the size of a small tablet at 7.3 inches (18.5 cm).

Although Galaxy Fold and Huawei Technologies Co Ltd's Mate X foldable phones are not expected to be big sellers, the new designs were hailed as framing the future of smartphones this year in a field that has seen few surprises since Apple Inc introduced the screen slab iPhone in 2007.

The problems with the new phone drew comparisons to Samsung's Galaxy Note 7 phone in 2016. Battery and design flaws in the Note 7 led to some units catching fire or exploding, forcing Samsung to recall and cancel sales of the phone. The recall wiped out nearly all of the profit in Samsung's mobile division in the third quarter of 2016.

Reviewers of the new Galaxy Fold said they did not know what the problem was and Samsung did not provide answers.

Bloomberg reporter Mark Gurman tweeted: "The screen on my Galaxy Fold review unit is completely broken and unusable just two days in. Hard to know if this is widespread or not."

According to Gurman's tweets, he removed a plastic layer on the screen that was not meant to be removed and the phone malfunctioned afterwards.

Dieter Bohn, executive editor of The Verge, said that a "small bulge" appeared on the crease of the phone screen, which appeared to be something pressing from underneath the screen. Bohn said Samsung replaced his test phone but did not offer a reason for the problem.

"It is very troubling," Bohn told Reuters, adding that he did not remove the plastic screen cover.

Steve Kovach, tech editor at CNBC.com tweeted a video of half of his phone's screen flickering after using it for just a day.