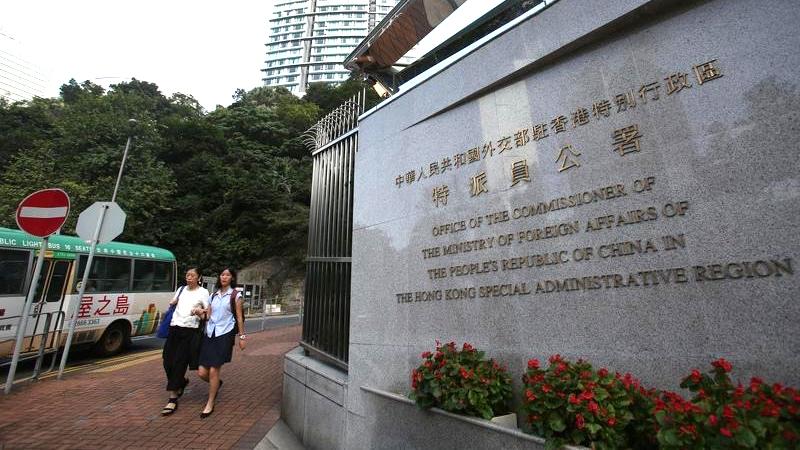 HONG KONG — The Office of the Commissioner of the Chinese Foreign Ministry in the Hong Kong Special Administrative Region on Tuesday rejected certain US politicians' remarks on recent incidents in Hong Kong as "illogical".

The spokesperson pointed out that Hong Kong is a special administrative region of China, and the principle of "one country, two systems," "Hong Kong people administering Hong Kong" and a high degree of autonomy have been fully implemented in Hong Kong since its return to the motherland.

The rights and freedoms of people in Hong Kong have been fully guaranteed in accordance with law, which is a fact acknowledged by anyone who sees the matter without bias, the spokesperson said.

The spokesperson stressed that one must distinguish the expression of demands through peaceful demonstrations and assemblies from violent crimes and acts that challenge the bottom line of "one country, two systems", and the latter must be cracked down in accordance with law.

Certain US politicians glamorized the violent crimes as fighting for human rights and freedom, which is illogical. It reflects their extreme ignorance of Hong Kong's history and reality, as well as their open contempt of the mainstream public opinion of stopping violence, curbing chaos and restoring order, the spokesperson said.

The spokesperson stressed that any acts that interfere with the internal affairs of other countries severely violate international law and hurt the common interests of different countries, and thus are the source of instability in the world.

"No matter how they attempt to disguise or use pretexts to cover it up, it will not change the fact of interference," the spokesperson said.