'Deficit of trust': At UN, leaders of a warming world gather 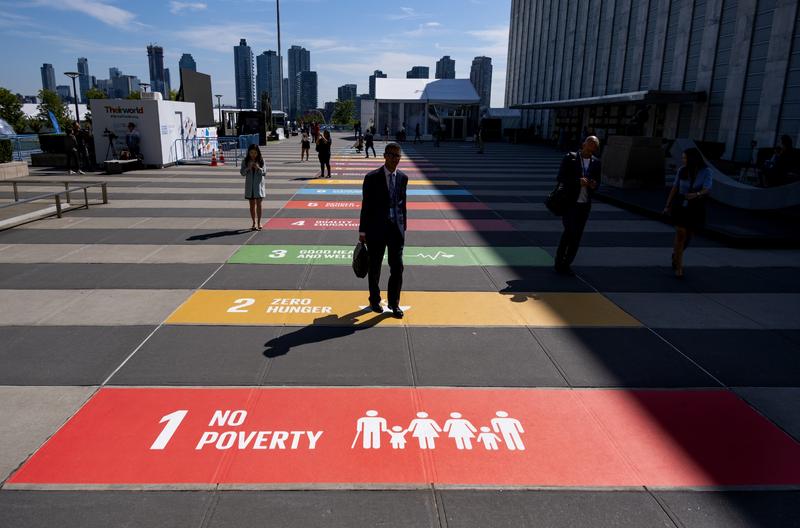 UNITED NATIONS — The planet is getting hotter, and tackling that climate peril will grab the spotlight as world leaders gather for their annual meeting at the United Nations this week facing an undeniable backdrop: rising tensions from the Persian Gulf to Afghanistan and increasing nationalism, inequality and intolerance.

With so many monarchs, presidents and prime ministers at the UN this year, "we have a chance to advance diplomacy for peace," UN Secretary-General Antonio Guterres said. "This is the moment to cool tensions"

Growing fear of military action, especially in response to recent attacks on Saudi oil installations that are key to world energy supplies, hangs over this year's General Assembly gathering. That unease is exacerbated by global conflicts and crises from Syria and Yemen to Venezuela, from disputes between Israel and the Palestinians to the Pakistan-India standoff over Kashmir.

All eyes will be watching presidents Donald Trump of the United States and Hassan Rouhani of Iran, whose countries are at the forefront of escalating tensions, to see if they can reduce fears of a confrontation that could impact the Mideast and far beyond. Whether the two will even meet remains in serious doubt.

"Our fraying world needs international cooperation more than ever, but simply saying it will not make it happen," UN Secretary-General Antonio Guterres said. "Let's face it: We have no time to lose."

This year's General Assembly session, which starts Tuesday and ends Sept 30, has attracted world leaders from 136 of the 193 UN member nations. That large turnout reflects a growing global focus on addressing climate change and the perilous state of peace and security.

Other countries will be represented by ministers and vice presidents — except Afghanistan, whose leaders are in a hotly contested presidential campaign ahead of Sept 28 elections, and the Democratic People's Republic of Korea, which downgraded its representation from a minister to, likely, its UN ambassador. Saudi Arabian Crown Prince Mohammed bin Salman and Israeli Prime Minister Benjamin Netanyahu canceled plans to attend and are sending ministers.

Last week, Guterres repeated warnings that "tensions are boiling over." The world, he said, "is at a critical moment on several fronts — the climate emergency, rising inequality, an increase in hatred and intolerance as well as an alarming number of peace and security challenges."

With so many monarchs, presidents and prime ministers at the UN this year, "we have a chance to advance diplomacy for peace," Guterres said. "This is the moment to cool tensions."

Whether that happens remains to be seen. Many diplomats aren't optimistic.

"It's a challenging time for the United Nations," said China's UN ambassador, Zhang Jun, whose nation is embroiled in a protracted dispute with the United States over tariffs. "We are faced with rising of unilateralism, protectionism, and we are faced with global challenges like climate change, like terrorism, like cybersecurity."

"More importantly," he said, "we are faced with a deficit of trust."

But divisions among the five council members — the US, Russia, China, Britain and France — have paralyzed action on the eight-year conflict in Syria and other global crises. On global warming, the Trump administration remains at odds with many countries.

This year, the UN has stocked the agenda with a "Youth Climate Summit" ahead of a full-on climate summit for world leaders on Monday. That's all happening before the leaders hold their annual meeting in the horseshoe-shaped General Assembly hall starting Tuesday morning.

Guterres will give his state-of-the-world address at the opening, immediately followed by speeches from Trump and other leaders including the presidents of Brazil, Egypt and Turkey. Iran's Rouhani is scheduled to address the assembly Wednesday morning.

The United Nations is also holding four other summit meetings — on universal health coverage, progress on the 17 UN goals to combat poverty and preserve the environment, new ways to finance economic development, and the situation of developing island nations on the front line of what the UN calls a climate emergency.

Guterres has long stressed the links among climate change, conflict and poverty.

UN Deputy Secretary-General Amina Mohammed said data shows "how much we have to do on poverty and the other goals." The UN message, she said, is simple: "It's time to ratchet up the action that we need to have at the country level."

Though the summit meetings are public, much of the business of the high-level week takes place behind closed doors. According to UN spokesman Stephane Dujarric, there were 630 requests for meetings in the United Nations. Hundreds of other one-on-one and small-group meetings will take place at hotels, at UN missions and at lunches and dinners.

Indian UN Ambassador Syed Akbaruddin said, for example, that Prime Minister Narendra Modi and Foreign Minister Subrahmanyam Jaishankar will spend at least half an hour with presidents, prime ministers or foreign ministers of about 75 countries as part of the country's "much more intensive" engagement.

On the key issue of a possible meeting between Modi and Pakistani Prime Minister Imran Khan to discuss the Aug 5 decision by Modi's Hindu nationalist-led government to strip disputed Jammu and Kashmir of semi-autonomy and statehood, Akbaruddi said: "There has to be an enabling environment before leaders meet."

"Today the talk that is emanating from Pakistan in certainly not conducive to that enabling environment," he said.

Khan, for his part, said last week that his government will not hold talks until India lifts a curfew in Kashmir and reinstates the disputed region's special autonomous status.

On most pressing global issues, Akbaruddin — like many others — did not paint an appealing picture.

"We meet in the context of greater competition rather than cooperation, less collaboration, more rivalry," he told reporters Friday. "The climate — other than on climate change — doesn't seem to be conducive for collaborative and cooperative effort. And that's the harsh reality."