More intercity transportation projects within the Guangdong-Hong Kong-Macao Greater Bay Area should benefit Hong Kong, which will serve as a link between the region’s cities, the managing director of a global property consultant based in the city tells Edith Lu. 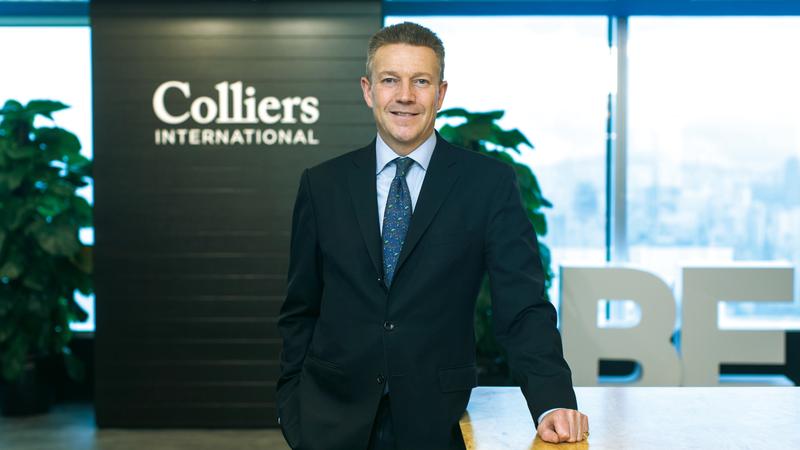 At 7 am on Sept 23 last year, the G5736 became the first high-speed train to make a journey from Hong Kong to the Chinese mainland, as it departed from West Kowloon Station and moved into the dim morning light on its maiden trip.

One month later, cross-boundary shuttle buses drove onto the Hong Kong-Zhuhai-Macao Bridge, as the first sea span across the Pearl River Estuary opened to traffic.

With the release in February of a development blueprint for the Guangdong-Hong Kong-Macao Greater Bay Area — which is planning to build a rapid intercity transport network mainly with high-speed rail, intercity railway links and high-grade motorways — more transport infrastructure projects are expected soon.

Whether or not it turns out to be good or bad, it’s better to to be decisive than it is to sit and wait

He said the West Kowloon Station is likely to emerge as a mega-cross-boundary terminus, as it will provide not only high-speed rail services to the Futian, Shenzhen North, Dongguan and Guangzhou South stations, but also possibly to the stations in Lo Wu in Shenzhen and to Guangzhou East.

If the Zhanjiang-Shenzhen high-speed railway eventually stops at the Shenzhen North Station, it will effectively connect Hong Kong with other Bay Area cities on the west bank of the Pearl River such as Zhuhai, Zhongshan and Jiangmen, improving Hong Kong’s high-speed railway connectivity to the core Bay Area.

Smith said he expects to see more infrastructure projects coming, as they will help Hong Kong connect with the mainland’s high-speed railway system. And he is sure that is the key to success.

“Inevitably, some infrastructure projects, which we can see need happening, will then be forced to happen faster,” he said.

As Lantau Tomorrow Vision will be seen as Hong Kong’s third metropolitan region of the future, after Central and Kowloon West, he considers it an ideal venue for mainland companies and foreign companies which are willing to do business in the Bay Area to set up offices.

“Mainland companies that plan to come down may need a middle ground between Central and Qianhai, or they want higher-quality property and a better living and working environment,” Smith said. He said the Lantau Tomorrow Vision area is a perfect spot for that.

The Hong Kong Special Administrative Region government revealed last month that the Lantau Tomorrow Vision project will have a projected cost of HK$624 billion (US$79.5 billion), making it the most expensive infrastructure project in the SAR’s history.

Secretary for Development Michael Wong Wai-lun said that the SAR government could recover the cost through land revenue, citing estimates by the Hong Kong Institute of Surveyors that the potential land revenue from private residential and commercial projects on the artificial islands could be between HK$974 billion and HK$1.14 trillion.

Smith, who has monitored the city’s real estate market for nearly 30 years, said the SAR government is factoring in today’s costs with future sales prices.

He said that property prices will go up over time generally. But the cost is not a key issue for him.

“The project will solve many many problems that outweigh the cost,” Smith said. “If you don’t do it, there could be bigger problems.”

He said if houses and buildings are built too close to each other, the environment will suffer, and there will be nowhere to plant trees.

“We’re not just looking at the cost of building it and then the return,” but the cost of not promoting the Lantau reclamation project, he said.

Qianhai, the area that Lantau Tomorrow Vision will connect with, is in Nanshan district — the center of information-technology development in Shenzhen. Many technology companies now cluster in Nanshan, as they want to stay in the same neighborhood as tech giants Tencent and Huawei.

Expansion needs of existing companies have raised the demands for office space. According to property consultancy Jones Lang LaSalle, demand for prime office space in Shenzhen is likely to double by 2022, or about 1.4 million square meters on average annually from 2020 to 2022.

The phenomenon is quite common, just as “the lawyers follow the banks,” Smith said. “They need to be close to their customers and other companies within the same value chain.”

With rents for office space going up, whether a company should be set up in this expensive district depends on its business and the desire to be located there, he said.

It is a balance of the desire of locating in the cluster and the benefits of doing so, versus the cost and the effect it has on the business, Smith said.

As for whether now is a good time to invest in the Bay Area’s property sector, Smith said everybody has a personal timeline. If you are an investor with long-term time horizon, the answer is absolutely “yes” for a first-mover advantage, he said.

“If you want your money to go further, it’s a good time to buy.”

But Smith suggested investors examine carefully the location of infrastructure, as the play for now would inevitably be to follow the infrastructure and people must understand it takes time for new infrastructure to go in.

Then, the quality value of the building should be watched closely. Investors need to pay particular attention to whether a building’s attractive price is the result of inferior quality that will result in faster deterioration.

Traveling from London to Hong Kong at the beginning of the 1990s, Nigel Smith seized the opportunity that presented itself with the Chinese mainland’s further opening-up as well as its impact on Hong Kong, and grew with the city.

Smith found his love of property at an early stage of his life. At first, he dreamed of succeeding his father as an architect. But later he noticed that his interest in working with people was stronger than his desire to design buildings. At the suggestion of his father, he set out on the path to becoming a chartered surveyor.

After gaining a vocational bachelor degree in estate management in London, he joined Knight Frank — one of the world’s leading property consultants — to complete the requirements for his professional qualification as a chartered surveyor.

But young Smith was not content with that. He always wanted to work abroad, partly influenced by his family’s Asian tour during his childhood.

When he was waiting for an offer in Kuala Lumpur, Malaysia, an advertisement for a marketing executive in property consultant Jones Lang Wootton Hong Kong caught his eye. He seized the chance and embarked on his new journey within weeks.

It was one month before the Gulf War of 1990-91. The world was in disarray. The economy of the United Kingdom had entered into a downturn, and Hong Kong was also trying to find itself. The city’s property market was in a slump. Smith was brought out to the city to learn the market well in the belief that it would turn quickly again.

And that’s exactly what happened. Not long after Smith’s arrival in Hong Kong, “an old man wrote a poem at the edge of the Southern Seas” — according to the song “The Story of Spring”, which celebrated Deng Xiaoping’s second famous southern tour of Guangzhou and Shenzhen in 1992 — an event that indicated China was beginning trading with the world.

“That changed Hong Kong overnight. It was literally like turning on a light bulb, that fast,” Smith said.

The Hong Kong property market spiked from 1993-95, after Deng’s visit. It then dropped slightly, but began rising again in 1997. Developers started to build again because of the rising demand, Smith said.

“It was absolutely an incredible ride, one of the most exciting experiences probably in my whole career,” he recalled.

Smith rose fast by taking advantage of the flourishing market and his specialty. He joined CBRE Group in 2002 for 13 years and then moved on to Colliers three-and-a-half years ago.

After joining Colliers as the managing director in charge of the Colliers Hong Kong office, he looked at the business, people, clients, and service lines. Then he made very quick decisions on who will stay, which clients to establish, and in which business sectors they needed to grow.

“I do jump in. I often make very quick decisions. But when I act, those decisions could take me time,” Smith said. “Whether or not it turns out to be good or bad, it’s better to to be decisive than to sit and wait.”

He said leaders should make decisions quickly, but could roll out their conclusions at a later date as some of them need time.

“It was very important for me to become a professional, getting as far ahead as I could and moving as quickly as I could,” Smith said.