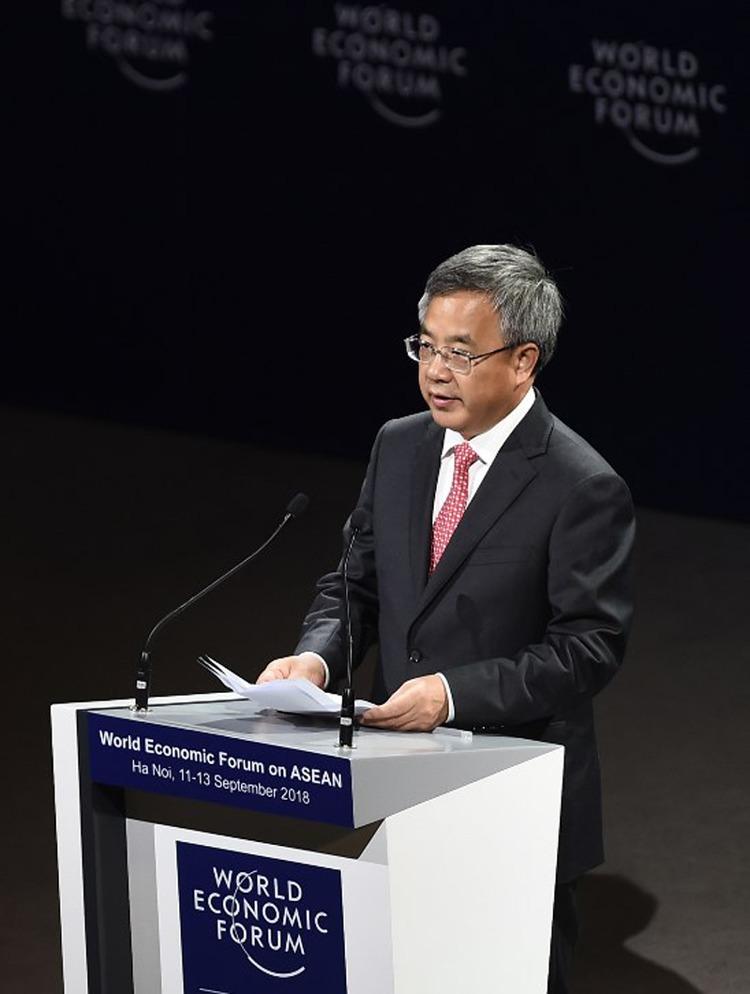 Chinese Vice-Premier Hu Chunhua delivers his address at the opening of the World Economic Forum on ASEAN at the National Convention Center in Hanoi, Sept 12, 2018. (YE AUNG THU / AFP)

HANOI – Chinese Vice-Premier Hu Chunhua on Wednesday called for rejection of protectionism and said unilateral trade policies by some countries posed the "most serious hazard" to the world economy.

Some countries' protectionist and unilateral measures are gravely undermining the rules-based multilateral trading regime, posing a most serious hazard to the world economy.

His comments came at a time of a worsening trade dispute between China and the United States, which has been pursuing measures widely regarded as protectionist under President Donald Trump.

Leaders of Southeast Asian nations also voiced their support for multilateral pacts at a World Economic Forum event in Hanoi.

The consensus of speakers at the gathering in Vietnam's capital, focused on how Southeast Asia will cope with the so-called "Fourth Industrial Revolution" — a shift to automation and artificial intelligence that threaten models for growth based on low-cost export manufacturing — was that opening markets further is the only option for future growth.

"Some countries' protectionist and unilateral measures are gravely undermining the rules-based multilateral trading regime, posing a most serious hazard to the world economy," Hu said in Hanoi at the World Economic Forum on the Association of Southeast Asian Nations (ASEAN).

"History teaches us that self-isolation leads nowhere," Hu said. "Openness and cooperation are the only correct choice." 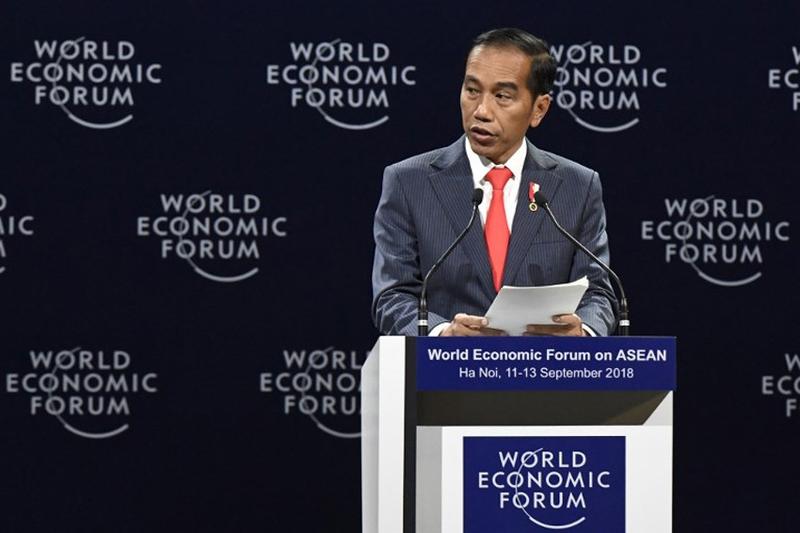 Indonesia's President Joko Widodo delivers his address at the opening of the World Economic Forum on ASEAN at the National Convention Center in Hanoi, Vietnam, Sept 12, 2018. (NHAC NGUYEN / AFP)

"We must prevent the trade wars from becoming the infinity war," Widodo said.

He did not mention Trump by name, but drew hearty laughs and claps when he quipped, "You may be wondering who is Thanos?" in a reference to the movie's villain.

Thanos was not one single person, but "inside all of us," Widodo said. "It's the misguided belief that in order for us to succeed, others must surrender. It is the misperception that the rise of some must mean the decline of others," he said.

Singapore's prime minister, Lee Hsien Loong, likewise said the 10 members of the Association of Southeast Asian Nations would work to keep markets and investment open and protect the "rules based" trading system. 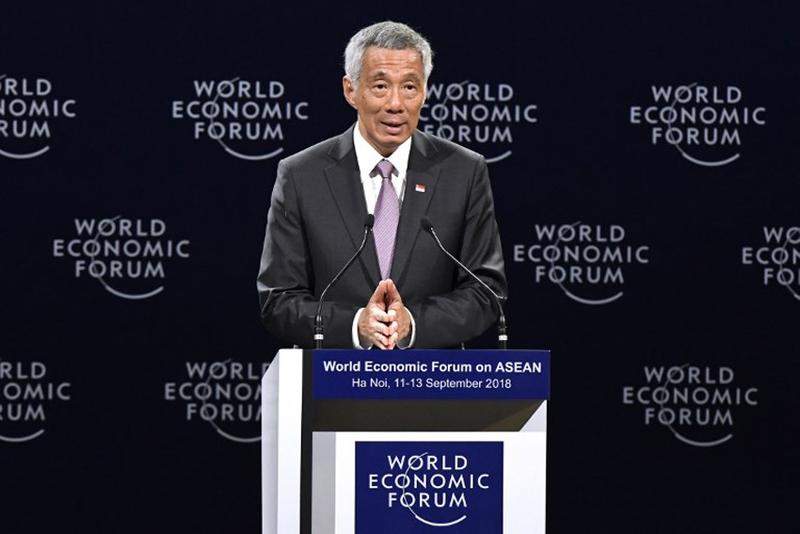 He meanwhile said he was not sure if there would be an agreement this year on the Regional Comprehensive Economic Partnership (RCEP) trade pact, which includes the 10 ASEAN countries plus China, Australia, India, Japan, South Korea and New Zealand.

"(We) hope to achieve a substantial conclusion to the RCEP by the end of this year, but that is not yet assured," Lee said in Hanoi.

Singapore's trade minister earlier this month said nations were aiming to reach broad agreement on the pact at a leaders’ summit in the city-state in November, six years after talks began.

The RCEP was given new impetus by US withdrawal from the Trans-Pacific Partnership (TPP) trade agreement.