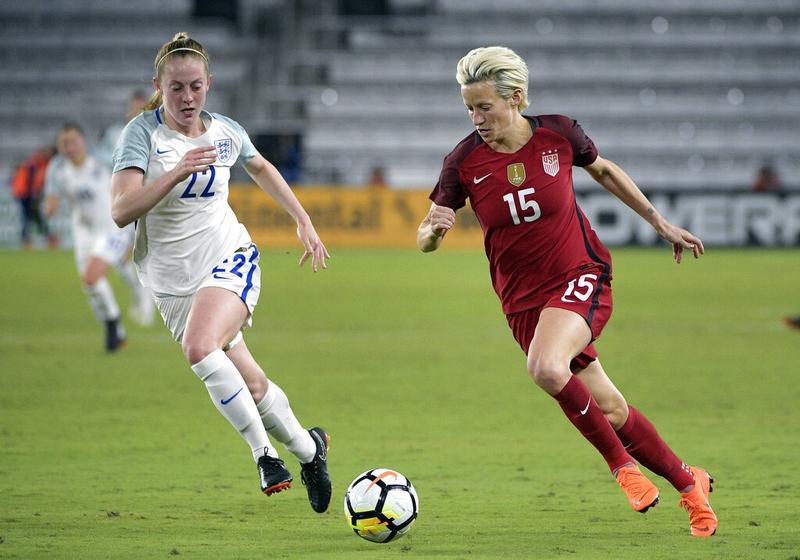 INDIAN WELLS - The US women's national soccer team sued the US Soccer Federation on Friday with allegations of gender discrimination just three months before they open their World Cup title defense in France.

All 28 members of the United States squad were named as plaintiffs in federal court in Los Angeles on International Women's Day and the lawsuit includes complaints about wages and nearly every other aspect of their working conditions.

The players, a group that includes stars Megan Rapinoe, Carli Lloyd and Alex Morgan, said they have been consistently paid less money than their male counterparts even though their performance has been superior to the men's team.

"Each of us is extremely proud to wear the United States jersey, and we also take seriously the responsibility that comes with that," US co-captain Morgan said in a statement.

"We believe that fighting for gender equality in sports is a part of that responsibility. As players, we deserved to be paid equally for our work, regardless of our gender."

According to the lawsuit, filed three years after several players made a similar complaint with the US Equal Employment Opportunity Commission, US soccer has "utterly failed to promote gender equality."

The US Soccer Federation did not respond when asked to comment on the lawsuit.

The players said that US Soccer President Carlos Cordeiro previously admitted the women's team should be valued as much as the men's squad but the federation "has paid only lip service to gender equality."

The men's team have never won either tournament and their best modern-day result at a World Cup was in 2002 when they reached the quarter-finals.

When the women's team clinched their most recent World Cup title in 2015, it was the most watched soccer game in American TV history with an audience of approximately 23 million viewers.

The team's success has translated into substantial revenue generation and profits for the federation, the lawsuit said. The women earned more in profit and/or revenue than the men's national team for the period covered by the lawsuit, it said.

"In light of our team's unparalleled success on the field, it's a shame that we still are fighting for treatment that reflects our achievements and contributions to the sport," said US co-captain Lloyd.

"We have made progress in narrowing the gender pay gap, however progress does not mean that we will stop working to realize our legal rights and make equality a reality for our sport." 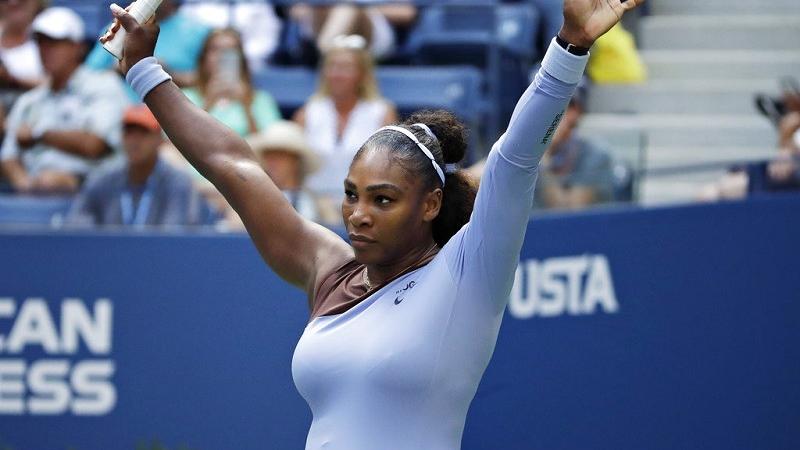 Serena Williams reacts during the fourth round of the US Open tennis tournament against Kaia Kanepi, of Estonia, Sept 2, 2018, in New York. (CAROLYN KASTER / AP PHOTO)

Serena Williams and other prominent American tennis players past and present has expressed support for the US women's soccer team.

The pay discrepancy is ludicrous. It's a battle, it's a fight

Williams said pioneers in her sport stood up for pay equality in the 1970s and that the time may be right for soccer to level its playing field.

"The pay discrepancy is ludicrous," the 23-time Grand Slam singles champion told reporters after her second-round victory at the BNP Paribas Open.

"I think at some point, in every sport, you have to have those pioneers and maybe it's time for soccer," she said.

"I'm playing because someone else stood up and so what they are doing right now is hopefully for the future of women's soccer."

The best known of those pioneers, Bille Jean King, also welcomed the lawsuit while attending the tournament in the Southern California desert.

"What better day than International Womens Day for this lawsuit," the 75-year-old, who won 12 Grand Slam singles titles, posted on Twitter.

"Sports are a microcosm of society. What is happening with the USWNT is happening in the workplace. The time has come to give these athletes what they deserve: equality."

The work of King and her allies resulted in equal prize money for women and men at all four Grand Slams in 2007 when Wimbledon fell in line.

The issue still occasionally surfaces, however, and Indian Wells tournament chief Raymond Moore quit under a cloud in 2016 after saying women's tennis rode "on the coat-tails of the men".