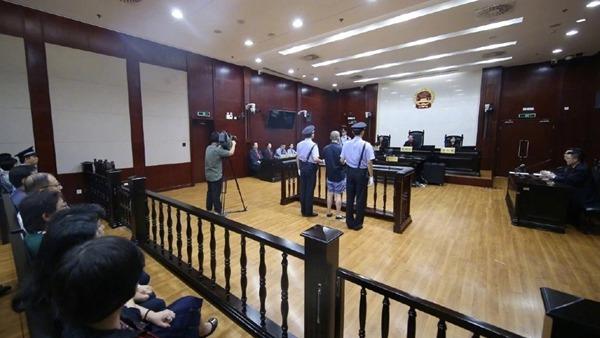 The Shanghai Higher People's Court on July 5, 2019 upheld death sentence for Zhu Xiaodong, who killed his wife in Oct, 2016 and hid her body in a freezer for more than 3 months. (PHOTO / XINHUA)

SHANGHAI — A court in Shanghai on Friday upheld the death sentence for a man who killed his wife and hid her body in a freezer for over three months.

Zhu strangled his wife Yang Liping to death during a dispute at their home in Hongkou district of Shanghai on Oct 17, 2016

The 32-year-old should not be given a lenient punishment. Although Zhu turned himself in to local police, he never acknowledged that it was a premeditated killing and showed few signs of true remorse, the higher people's court said.

The death sentence is to be approved by the Supreme People's Court.

Zhu strangled his wife Yang Liping to death during a dispute at their home in Hongkou district of Shanghai on Oct 17, 2016, less than a year after their marriage, the court said.

He then wrapped the body in a bed sheet and stored it in a fridge on the balcony for over three months, during which he squandered 150,000 yuan (US$22,000) from his wife's deposit and credit cards for multiple travels and dating.

During this period, he impersonated his wife using her WeChat messaging account and mobile phone text messages to contact her relatives and friends in a bid to cover the case, according to the court.

Zhu informed his parents about the murder and surrendered himself to the police in February 2017.