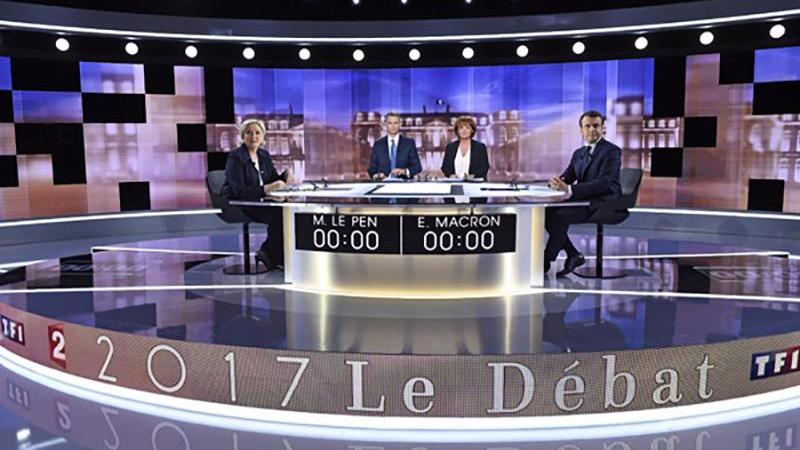 PARIS – Far-right candidate Marine Le Pen and centrist Emmanuel Macron clashed over their vision of France's future, the euro and ways of fighting terrorism in an ill-tempered televised debate on Wednesday before Sunday's run-off vote for the presidency.

The two went into the debate with opinion polls showing Macron, 39, with a strong lead of 20 percentage points over the National Front's Le Pen, 48, in what is widely seen as France's most important election in decades.

For Le Pen, the two-and-a-half hour debate, watched by millions, was a last major chance to persuade voters of the merits of her program which includes cracking down on illegal immigration, ditching the euro single currency and holding a referendum on EU membership.

However, 63 percent of viewers found Macron more convincing than Le Pen in the debate, according to a snap opinion poll by Elabe for BFMTV, reinforcing his status as favorite to win the Elysee on Sunday.

In angry exchanges, Le Pen played up Macron's background as a former investment banker and economy minister, painting him as heir to the outgoing unpopular Socialist government and as the "candidate of globalization gone wild."

He savaged her flagship policy of abandoning the euro, calling it a fatal plan that would unleash a currency war, and he accused her of failing to offer solutions to France's economic problems such as chronic unemployment.

The sharpest exchange was over national security, a sensitive issue in a country where more than 230 people have been killed by Islamist militants since 2015.

Macron retorted that terrorism would be his priority if he is elected and accused Le Pen of offering false solutions. 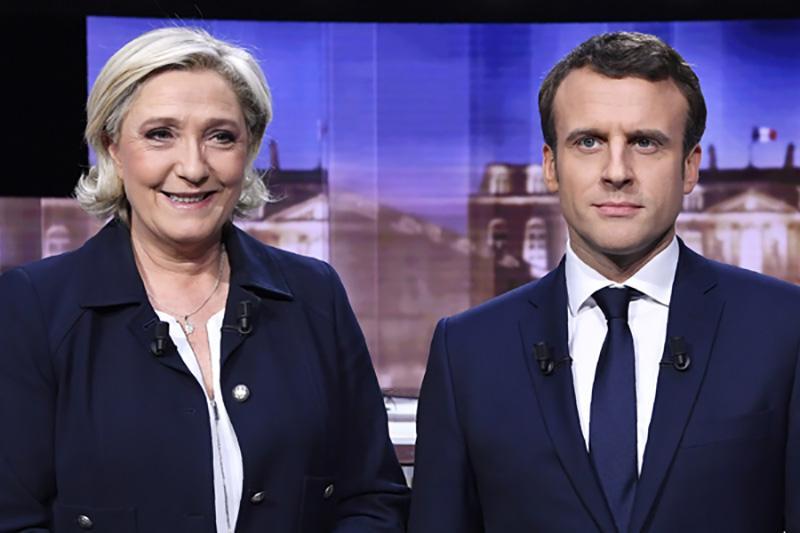 The two candidates, seated opposite one another at a table in the television studios, offered diametrically opposed visions for France. Macron calls for liberal reforms to kickstart the French economy, while Le Pen would adopt protectionist trade measures to defend French jobs.

Macron and Le Pen finished top of the 11 candidates who contested the first round of the election on April 23.

Macron finished only three points ahead of Le Pen in that first round, but he is widely expected now to pick up the bulk of votes from the Socialists and the centre-right whose candidates were eliminated.

Though Le Pen has a mountain to climb, the campaign has been packed with surprises.