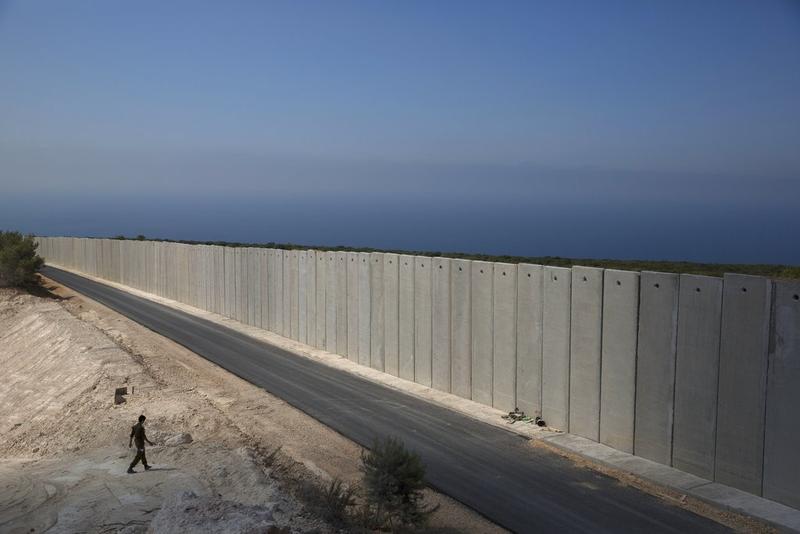 In this Sept 5, 2018 file photo, an Israeli soldier stands near a wall at the Israel Lebanon border near Rosh Haniqra, northern Israel. The Israeli military says it has launched an operation meant to "expose and thwart" tunnels built by the Hezbollah group. (SEBASTIAN SCHEINER / AP)

JERUSALEM – Israel's military said on Tuesday it had begun an operation to "expose and thwart" cross-border attack tunnels from Lebanon dug by the Iran-backed Lebanese movement Hezbollah.

Israeli military spokesman Lt Col Jonathan Conricus said the military had detected tunnels crossing from Lebanon into northern Israel. He said the Israeli operation to counter the tunnels would be inside Israel, and would not cross the border.

Israel released video footage of digging and pile-driving equipment at work in unidentified locations, carrying out what it said were "tactical preparations to expose Hezbollah's offensive cross-border tunnel project". Reuters could not immediately verify the footage.

The situation appeared calm on the Lebanese side of the border where UN peacekeepers and Lebanese troops were deployed as usual, a Reuters journalist there said. There was no immediate comment from Hezbollah.

READ MORE: Lebanon's Hezbollah says it won't give up its rockets

Israel and Hezbollah have avoided any major conflict across the Lebanese-Israeli border since their last war in 2006, though Israel has mounted attacks in Syria targeting what it said were advanced weapon deliveries to the Shi'ite group.

On Monday, Israeli Prime Minister Benjamin Netanyahu met US Secretary of State Mike Pompeo in Brussels. An Israeli government source said the meeting was to update Pompeo of the upcoming tunnel operation.

The current focus of operations was near the Israeli border town Metulla, Conricus said, adding that some areas near the border fence had been closed off. An Israeli military source said the operation might take weeks to complete.

The military said the tunnels were not yet operational but posed "an imminent threat" to Israeli civilians, and constituted" a flagrant and severe violation of Israeli sovereignty".

It said the army had "enhanced its presence and readiness" and was prepared for "various scenarios".

In September, Netanyahu identified three locations in Lebanon where, he said, Hezbollah was converting "inaccurate projectiles" into precision-guided missiles.

Netanyahu last month hinted at an upcoming Israeli offensive during a televised address, saying: "I will not say this evening when we will act and how. I have a clear plan. I know what to do and when to do it. And we will do it."

He said an upcoming security challenge would require Israelis to "endure sacrifice".