In the fourth part of our series, Oswald Chan examines how AR and big data technologies are integrating with physical manufacturing processes to propel smart manufacturing by adopting industrial internet, and providing a solution to the lack of innovation platforms and tight labor supply in the production industry. 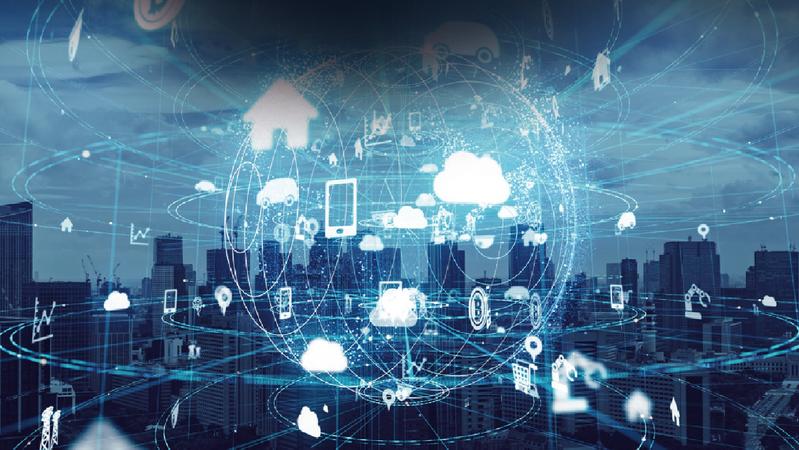 Koofy Development is a technology company founded in 2015, specializing in the development, design and application of sense and motion technology (SMT). The company launched Surfwheel, a self-balanced, one-wheel sports skateboard with five granted invention patents.

SMT can be applied to gauge users’ psychological traits and behaviors in response to changes in products, texts and the environment. It can also be used for conducting a comprehensive analysis of how to design the action pattern for users.

Currently, consumers from the United States, Europe and Australia are the company’s major customers. The products are sold through leading distributors in these regions.

Cloud technology will power increased efficiencies and better returns on investment, and we expect these benefits to rapidly extend beyond AI’s pioneers to the wider enterprise

The startup relies on service revenues, such as subscription fees for digital content, storage space, service authorization, mobile payment and other applications to monetize economic benefits derived from developing Surfwheel. Amid continuous development of AI technology, hardware manufacturers and software vendors need to do more to integrate the technology software and hardware to strengthen user loyalty.

Koofy is poised to refine the designs of Surfwheel by integrating the internet of things (IoT) connections with other devices. It’s looking at ways of developing SMT into a platform to achieve the greatest usage of motion data. Striving to provide users with more experiences beyond sense and motion, Koofy hopes that SMT can be applied to virtual reality-powered video games, physical training and interactive online platforms.

The startup employs eight full-time staff, half of whom are responsible for research and development. It will conduct A-round financing this year with an aim of employing R&D personnel for fostering business development.

According to Ma, Hong Kong can leverage its financial technology expertise to develop more software products in the big data analysis and AI segment, but the intricate issue of talent shortage must be tackled.

“The shortage of technology talents is serious in Hong Kong. The city’s STEM (science, technology, engineering and mathematics) education is not adequate for training mathematical talents with logical thinking that are desperately needed for performing big data analysis,” said Ma.

In the manufacturing segment, AI adoption could address problems like labor shortages and the lack of innovation. Industrial internet transforms manufacturing enterprises into three perspectives by removing barriers to data and logistics flows, upgrading equipment with new technologies, and spurring a migration to cloud-based, intelligent services.

China International Capital Corporation (CICC) Hong Kong Securities sees the global market for industrial communication equipment reaching US$21.4 billion by 2017, and it will grow rapidly at a compound annual growth rate (CAGR) of 27 percent from 2017 to 2025.

As for the cloud platform, the global market size stood at about US$146.1 billion last year, and will swell at an 11-percent CAGR between 2017 and 2025, CICC Hong Kong Securities predicts.

“However, cloud technology will power increased efficiencies and better returns on investment, and we expect these benefits to rapidly extend beyond AI’s pioneers to the wider enterprise,” he said.

Mad Gaze is an augmented reality smart glass brand established in 2013. After three years of R&D, the company launched its AR-powered smart glass in 2016. Compared with other AR-enabled glasses in the market, Mad Gaze’s proprietary AR glass product is relatively cheap. It can be easily adjusted to eye motions and does not run out of electricity easily.

The smart glass can be adopted in a spectrum of applications in business-to-consumer (B2C) settings and business-to-business (B2B) scenarios. In the B2C environment, the smart glass can perform the functions of tablets. Users of the smart device can choose to watch films and television shows as they do it on tablets. The startup expects AR-powered glass to replace tablets in B2C settings within three to five years.

In the B2B environment, the adoption is also widespread in various industries. The police force can use the device on patrol, and logistics firms can use it to replace bar code scanners for goods delivery. In schools, teachers and students can learn from each other through the educational contents designed by the AI technology. Doctors no longer need to fix their eyes closely at the screens to monitor surgeries.

Currently, the company’s clientele portfolio comprises multinational enterprises, consumer brands, industrial companies and listed enterprise from 45 countries and regions. The Chinese mainland is one of the dominant markets, accounting for over 50 percent of the company’s sales. Between 2017 and 2018, Mad Gaze’s sales skyrocketed four to six times, manufacturing several thousand AR glasses with the vision of boosting business sales by over five to 10 times annually over the next three years.

By positioning itself as the pioneer in AR device provision and a leading app developer in Hong Kong and the mainland, Mad Gaze will establish concept retail stores in the Asia-Pacific region to grab a bigger market share. The startup is confident of becoming a global technology group within three years.

Currently, Mad has seven offices and employs more than 50 staff — the bulk of them being R&D personnel. After several rounds of angel funding in 2016, the startup envisages conducting A-round financing this year. The proceeds will be used to add three more offices. It had already raised US$19 million from the recent Series-A round of funding. Investors include a leading venture capital fund and an optics company on the mainland.

Though Hong Kong boasts a robust capital market, well-renowned universities with high international rankings, internationalization, and proximity to the mainland market, its innovation and technology industry is still not a pillar of the city’s economic growth.

Angel investors in Hong Kong are still cautious about technology investments, rendering less financial support to startups compared to other economies, according to Cheng. He also criticized the guarded cultural mindset of Hong Kong enterprises and consumers in purchasing new technological products and services.

Purchasing startups’ products by the government and large companies is a big boost for them because it bestows a reference point for startups to showcase their technologies by gaining more recognition in overseas markets, Cheng explained.

‘Software as a service’

Besides being a technological gadget, big data technology can also take the form of “software as a service”. PowerArena — the big data technology platform developed by Motherapp — can also be applied in the whole manufacturing process to cope with production bottlenecks, low equipment effectiveness, unscheduled downtimes or a lack of factory visibility.

By contributing a yearly subscription fee to Motherapp, manufacturers are spared the need to install new CCTV (closed-circuit television) cameras to monitor production processes at assembly lines. All the information about faulty production lines will be real-time and presented in a dashboard format linked with the web portal.

In a garment factory, the PowerArena technology platform can monitor what is happening on the cutting bed. With large variations of complexities involved in the cutting process, this often leads to inconsistencies in productivity and estimated time of completion. With PowerArena, such inconsistency can be greatly reduced through increased visibility and real-time status of both the work progress, and the cutting bed equipment.

In a printing factory, there are some bottlenecks in the manufacturing process which are often the limits to what workers can observe and report on. By employing the PowerArena big data technology, printing factory operators can recognize the reasons behind the unplanned stops and use that data to monitor and improve on their manufacturing process.

“Currently, 10 companies from the garment, electronics and food industries are our clients. They are mainly located in the Pearl River Delta and Southeast Asia. One of our clients, a fast-food chain store’s production line, is established in Hong Kong. We think the big data technology can be exported to other industries, such as the packaging industry,” Motherapp’s Business Development Vice-President Chow Hau-man said.