Future of healthcare could lie in artificial intelligence technology 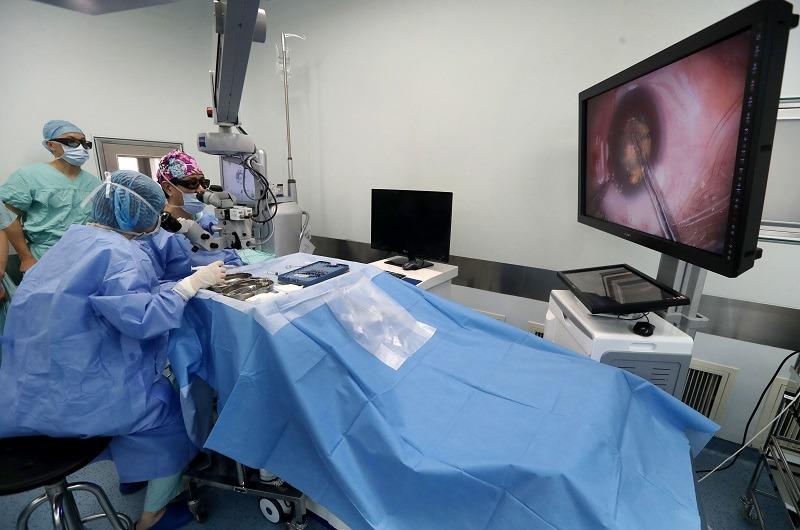 China's deployment of artificial intelligence technologies in the healthcare industry will continue to boom in 2018, better serving grassroots medical institutions in particular, according to industry experts.

Xie Guotong, chief healthcare scientist at industry leader Ping An Technology, said: "AI is expanding at an exponential rate. The whole AI value chain, from the basic level to the technical and application levels, is full of opportunities. When you combine AI with the nation's trillion-dollar healthcare sector, especially healthcare at the primary (smaller, local-scale) level, there are infinite possibilities."

"The figures will continue to rise, leaving heavy burdens for both the public and the government," Xie said.

Another problem is the shortage of medical resources, according to Xie.

Future of healthcare could lie in artificial intelligence technology

"With the advent of the aging population problem and chronic diseases, the number of people going to hospital is rising. Official statistics from the National Health Commission show that currently, total visits to Chinese hospitals per year have reached 8 billion. Meanwhile the growth rate of newly trained doctors isn't matching the growth rate of hospital visits," Xie said.

"However, the introduction of AI is greatly improving the efficiency of hospitals and doctors."

In terms of technology, events such as IBM's man-versus-machine battle and Google's AlphaGo program have proven that machines' search ability, image visual understanding and decision-making capability have reached an unprecedented level, raising the development of AI technology to a relatively mature level.

Ping An Technology has signed strategic partnerships with roughly 100 hospitals and numerous provincial medical administrative departments across China. According to the company, it will continue to broaden its coverage to benefit more hospitals.

"AI robots are processing 15 to 40 percent of the hospitals' image reports. The scanning rate has improved 15 times over, as it takes only one minute for the AI robot to scan the image and generate a diagnostic report," Xie said.

He added that among the nation's 8 billion annual hospital visits, over 50 percent happen in hospitals in second or lower-tier cities, while healthcare professionals in those grassroots level institutions have relatively limited medical knowledge and business training.

"They are in more urgent need of AI-based technologies to help them improve efficiency," he said.

"Qualified healthcare resources are mainly located in major hospitals in first-tier cities. Urban residents have access to two to three times the medical human resources that those living in rural areas do. Yet, rural areas contain larger populations," Xiao said.

She said if AI can possess the diagnostic experience of human doctors, the technology can assist doctors, empowering grassroots hospitals.

According to Xie, many doctors initially held doubts about the application of AI in their hospitals.

"Now, they have learned about and experienced medical AI for themselves, their mindsets have changed significantly," Xie said.

Shang Yang, an AI specialist with Beijing-headquartered think tank iyiou.com, said: "China's real demand gap lies in primary hospitals, rather than Grade 3A (higher-tier) hospitals, as the latter have plenty of excellent doctors with more than 10 years of experience. I think the future trend is updated medical AI products being tested in Grade 3A hospitals, and finally applied broadly in those grassroots medical institutions, where there is heavy demand."