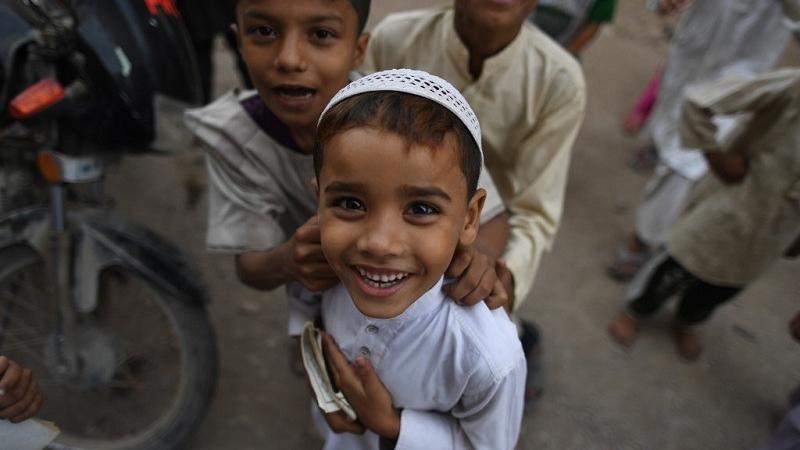 Children of Bengali immigrants living in Pakistan look on at a madrasa in Karachi on Sept 17, 2018. (ASIF HASSAN / AFP)

KARACHI, Pakistan - In the narrow alleys of a poor neighborhood of the Pakistani city of Karachi, known for drugs, gang wars and low literacy rates, children are learning about peace, love and interfaith tolerance from string puppets.

As the curtains open on stage, a narrator tells the story of "Sindbad the Sailor", a hero of Middle Eastern origin and his journeys around the world in which he meets people of different faiths, languages and religions - who often do not have much tolerance for one another.

There is a message that we should not interfere with others' religions. We should help each other

"A man is dying and you guys are talking about castes," the protagonist puppet rebuked a fellow puppet who did not want to save a drowning marionette because it belonged to a lower caste.

"You should be ashamed calling yourself human beings. Humans save humanity not caste," Sindbad says.

Writer Nouman Mehmood said the story came to mind when his group was conducting an education awareness campaign in some poor neighborhoods in the city.

They noticed religious and ethnic antagonism in those neighborhoods and decided to create a show to spread a message of peace, tolerance and harmony.

Conservative religious schools or madrasas are regularly blamed for radicalization but they are often the only education available to millions of poor children, making alternative messages especially important.

"There is a message that we should not interfere with others' religions. We should help each other," said eighth grade student Adul Rahim Arshad after watching the show.

"If one deceives us, we should not deceive him back. Instead we should help him."