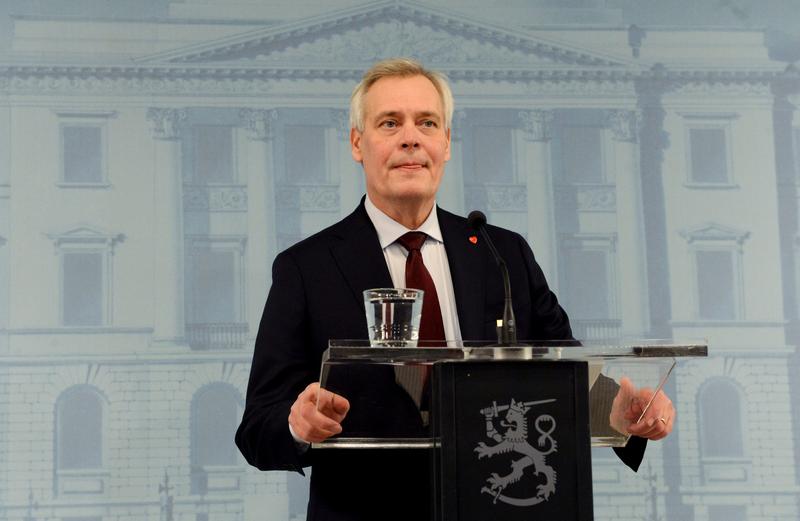 HELSINKI — Finland's prime minister resigned Tuesday after a key coalition partner withdrew its support from his five-party government following a strike at the country's postal service that spread to the national flag carrier Finnair.

Antti Rinne, who only took office in June, has faced heavy criticism in recent days over how he and a fellow Social Democratic minister dealt with a two-week strike of the country's state-owned postal service Posti in Nov

Antti Rinne, who only took office in June, has faced heavy criticism in recent days over how he and a fellow Social Democratic minister dealt with a two-week strike of the country's state-owned postal service Posti in November.

Rinne, who used to be a trade union leader, and Sirpa Paatero were accused of giving inaccurate and contradictory information in the run-up to the strike, specifically over the transfer of work contracts for 700 Posti package handlers, which effectively would have led to lower pay. Paatero, a minister who was in charge of state-owned companies, resigned on Friday.

Rinne had been under pressure for days over the Posti case and his role in the strike that ended on Nov 27 after a compromise deal was reached that allowed package handlers to remain under current work contracts for now.

He said it became “obvious” after Paatero's resignation that the Posti affair, which he described as “a messy case with plenty issues to be cleared” wouldn’t be settled with the minister’s departure.

“My biggest mistake has been that I've trusted only in the information I've been presented with,” Rinne said, without elaborating.

Rinne had accused Posti's senior management for misleading him over potential pay cuts.

The strike led to a one-day sympathy strike by the Nordic country's transport sector, including Finnair, which had to cancel almost 300 flights. 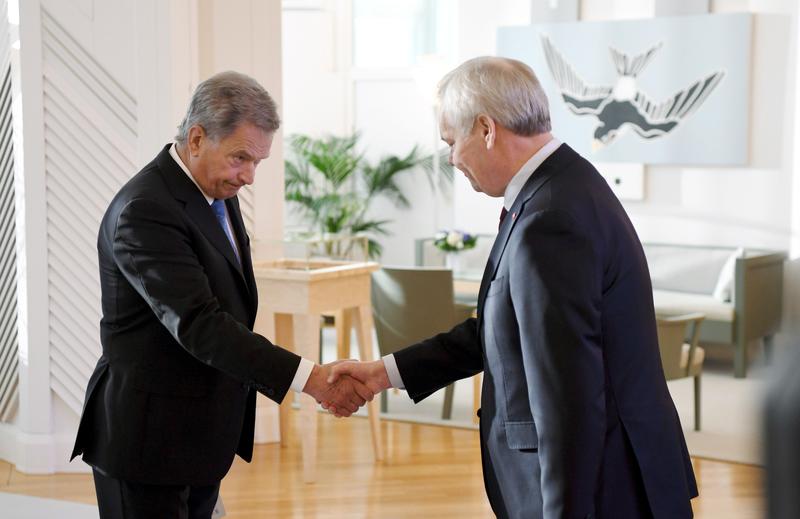 Rinne, who will remain in post until a successor is decided upon next week, has denied any wrongdoing. His government holds a comfortable majority of 117 seats in the 200-seat Eduskunta, Finland's parliament.

His resignation prompted the formal resignation of the Cabinet that is made up of Rinne's Social Democratic Party, the Center Party, the Greens, the Left Alliance and the Swedish People's Party of Finland.

Lawmakers will decide on a new prime minister next week. Until then, the current Cabinet will continue as a caretaker government until a new one takes over as planned on Dec 13, according to Finnish media. It's unclear whether Rinne will represent Finland at next week's European Union leaders' summit in Brussels. Finland currently holds the rotating presidency of the EU.

The Social Democrats retain the power to appoint one of their own to the post of prime minister and are set to decide in the coming days on Rinne's successor. Transport minister Sanna Marin or Antti Lindtman, who leads the Social Democrats' parliamentary grouping, are widely considered to be the most likely successor to Rinne.

The Center Party pulled its support from Rinne's government on Monday and urged him either to resign or to face a no-confidence vote.

“There has been lack of trust shown by the Center Party and in discussions today they detailed reasons for that,” Rinne said in his resignation statement.

“After receiving that reply, I naturally reflected on what that meant for the government and I drew my own conclusions.”

Rinne said he would continue as the chairman of the Social Democratic Party at least until next summer's party congress.

“Thanks for the short, but many moments of good cooperation,” Finnish President Sauli Niinisto said on accepting Rinne's resignation.