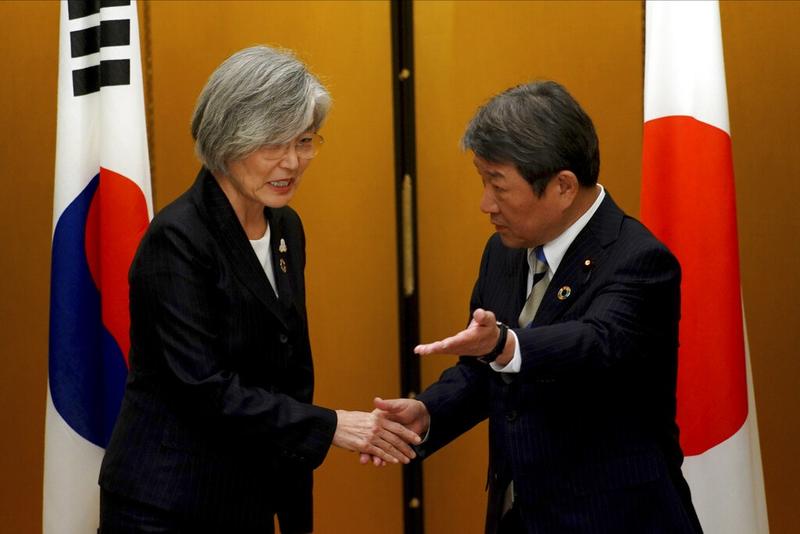 NAGOYA, Japan — Foreign ministers of Japan and the Republic of Korea (ROK) met on the sidelines of a Japan-hosted G20 meeting Saturday, a day after Seoul kept alive a 2016 military intelligence sharing pact with Tokyo, reversing its planned termination amid bilateral tensions.

Just six hours before the 2016 the General Security of Military Intelligence Agreement was to expire, the ROK announced that it was aborting the process for the time being

Japan's Toshimitsu Motegi and the ROK’s Kang Kyung-wha discussed ways to mend their countries' troubled ties as they met in Nagoya, where Japan was hosting the foreign ministers meeting from the Group of 20 major economies.

Motegi was expected to press Kang to stick with a 1965 agreement in resolving their dispute over wartime Korean laborers, seen as the root cause of tensions that led to Japan's trade curbs against the ROK and subsequent retaliatory measures that spilled into the area of national security.

"I plan to hear more about South Korea's decision (Friday)," Motegi told reporters before the talks. The outcome of the talks were not immediately known.

Seoul's announcement Friday followed a strong US push to save the pact, the General Security of Military Information Agreement, or GSOMIA, which is a symbol of the country's three-way security cooperation amid the Democratic People’s Republic of Korea's nuclear threats. 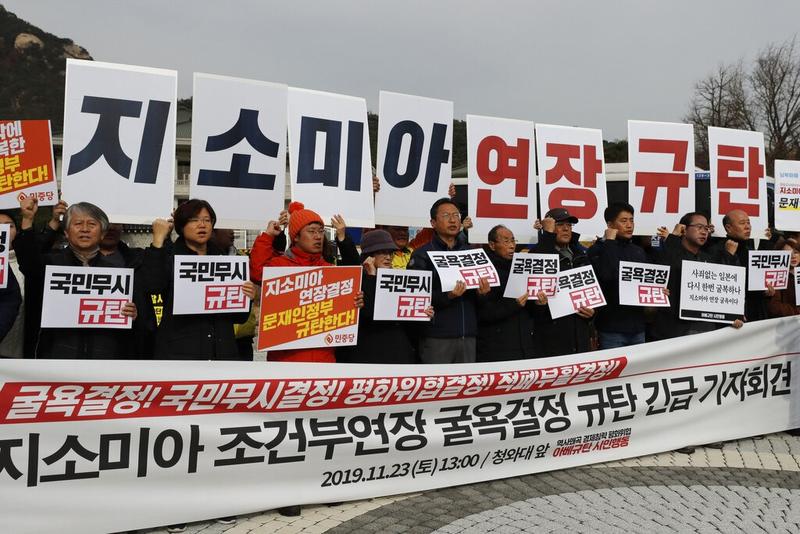 Just six hours before it was to expire, the ROK announced that it was aborting the process for the time being. In Tokyo, Japan's trade ministry announced a decision to resume their export controls talks, in response to Seoul's decision to drop its legal step at the World Trade Organization against Japan.

Japanese trade officials said it was not an effort to save GSOMIA, but the ROK had indicated it may reconsider if Japan showed a sign of flexibility on the export issues.