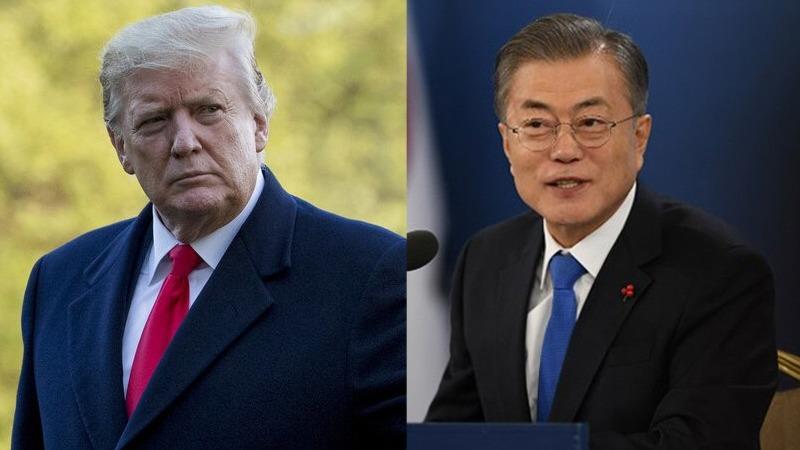 The two leaders discussed recent developments regarding the DPRK and how to achieve the final, fully verified denuclearization of the DPRK," the statement reads.

"The two leaders discussed recent developments regarding the DPRK and how to achieve the final, fully verified denuclearization of the DPRK," the statement reads, without offering more details.

According to ROK's presidential Blue House, Moon and Trump talked over phone for 35 minutes and they shared a view that it was "very effective" for the two governments to closely cooperate and tackle the DPRK's recent projectile launches in an appropriate manner.

Stephen Biegun, US special representative for DPRK, is scheduled to visit Seoul from Thursday to Friday, meeting with ROK officials on the denuclearization issue, the State Department said last week.

Several projectiles were launched on May 4 toward the northeast from the DPRK's east coast city of Wonsan for 21 minutes, ROK's Joint Chiefs of Staff said. The projectiles traveled some 70 to 200 km into eastern waters.

US Secretary of State Mike Pompeo on Sunday noted in an interview with FOX News Sunday that the US' objective of DPRK's moratorium of testing is "focused on intercontinental missile system," suggesting Pyongyang did not break its promise.