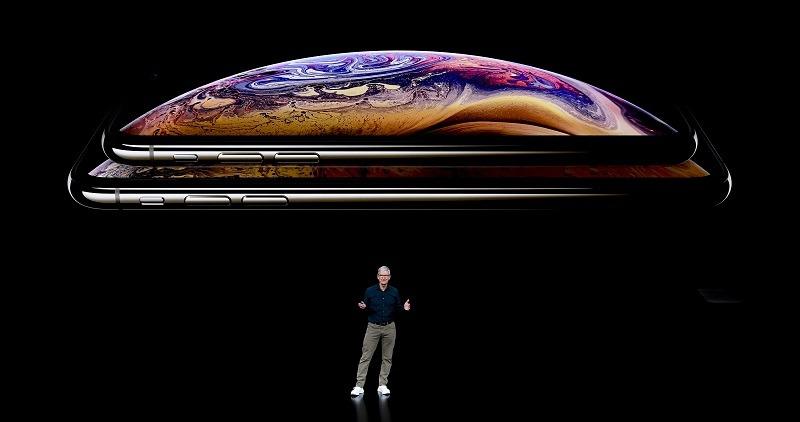 Apple Inc's dual SIM card design for new iPhones in the Chinese market will resonate well with local consumers, but the lack of a major upgrade is likely to dent their enthusiasm to buy them, experts said on Thursday.

The comments came shortly after the US tech giant unveiled its biggest and most expensive iPhone at a launch event in California. The iPhone Xs models for China have a special design: dual physical SIM cards, different from versions in other countries that come with an "eSIM" feature.

In the quarter ended in June, the US tech giant posted a revenue of US$9.55 billion from China, marking 19 percent year-on-year growth and representing 18 percent of its total sales

James Yan, an analyst with market research company Counterpoint Research, said the move shows how Apple is catering to local industry partners and consumers' tastes, highlighting the importance of the Chinese market for the world's most valuable company.

"The 'eSIM' feature supports two cellular services and allows for easier switching between carriers, but that is not what Chinese telecom carriers want. So, Apple chose to support dual physical SIM cards in China," Yan said.

According to him, the dual-SIM card feature is very popular in the world's largest smartphone market, but this is a late move for Apple, as local smartphone vendors such as Huawei Technologies Co Ltd and Xiaomi Corp have already applied the feature to most of their handsets.

Currently, Apple enjoys close ties with China, with most of its manufacturing operations being located in the nation. In the quarter ended in June, the US tech giant posted a revenue of US$9.55 billion from China, marking 19 percent year-on-year growth and representing 18 percent of its total sales.

But Apple is also under mounting pressure as Huawei, Xiaomi and other Chinese rivals scramble to experiment with cutting-edge technologies to build their image as innovators.

Boasting faster processors, a bigger screen and improved camera functionality, these models' prices vary significantly, with the most expensive version coming at 12,799 yuan (US$1,819) and the cheapest at 6,499 yuan.

Fu Liang, an independent telecom expert, said Apple's incremental upgrade this year is likely to get a cold response from consumers.

"The three new models look too similar to last year's iPhone X. But most Chinese consumers prefer smartphones that can be easily recognized at first sight," Fu said.

His view was echoed by Yan, from Counterpoint. According to him, Apple has had two fantastic sales performances in China, with the iPhone 6 and iPhone X. They sold quite well in China as they represented very big changes from earlier versions.

Zhang Wentao, a 26-year-old bank employee in Beijing, is considering upgrading his iPhone 7. "I am disappointed with the release. They just look the same as the iPhone X," Zhang said.