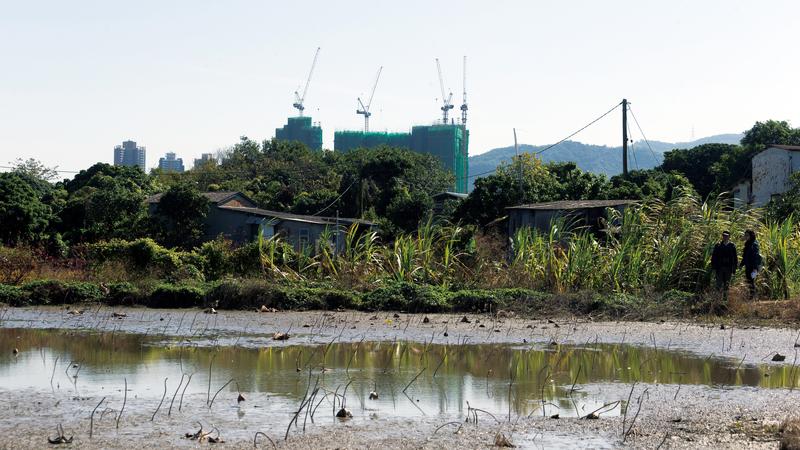 Concerns about landslides and flash floods have prompted ongoing efforts to tame Hong Kong's wild rivers and streams that have resulted in many riverbeds and their banks being encased in concrete that rises far above flood levels.

The Beas River, the lifeline of Long Valley, winds through the fertile land of the northern New Territories. The creep of urban sprawl, the demand for housing, the building of high-rises and the preservation of agricultural land have gradually eroded Long Valley's freshwater wetland.

Seen from the air, the Beas River flows through Long Valley into a triangular gully, with villages located at all three points of the triangle. High-rise blocks dominate the skyline along to the border in Shenzhen, Guangdong province, and in the urban areas of Sheung Shui.

Since the Ming Dynasty (1368-1644), Long Valley, an area of streams, wet and dry vegetable fields, ponds, grasses, scrub and small areas of woodland, has been nourished and refreshed by an elaborate irrigation system, while the annual inundation produced a wide plain, creating the perfect habitat for wildlife. 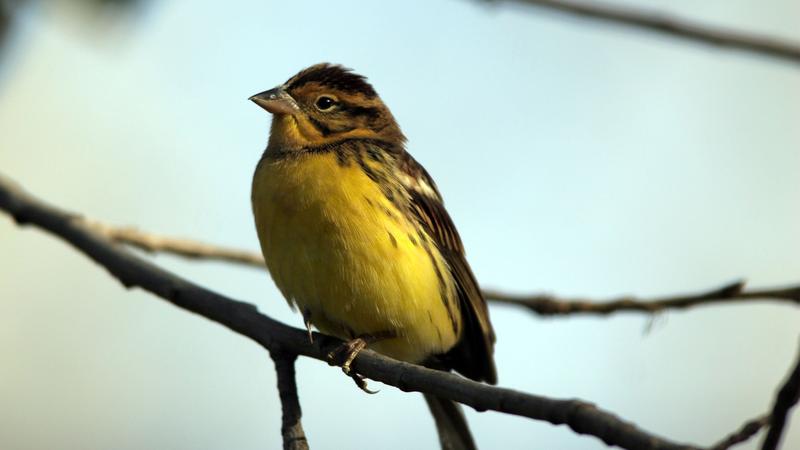 The valley is home to many Yellow-breasted buntings. (LIU XUEZHONG / FOR CHINA DAILY) 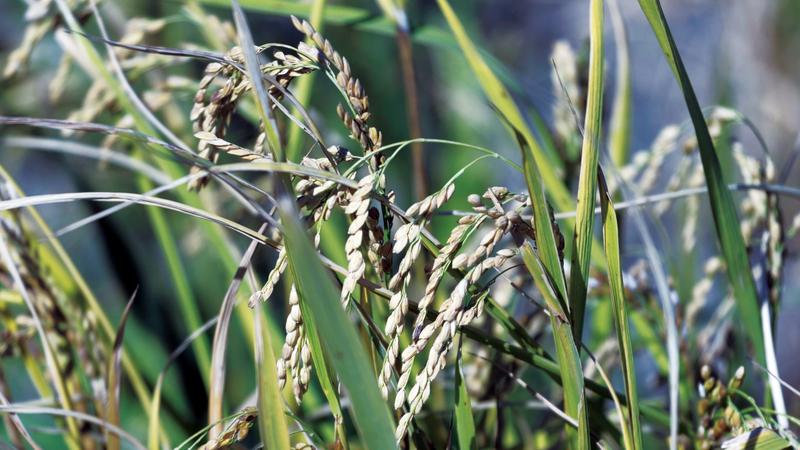 Rice straws have been introduced to improve the wetland. (ROY LIU / CHINA DAILY)

In the 1990s, the annual flood washed away farmland and became a plague to farmers in the low-lying areas of the valley. In response, Hong Kong's Drainage Services Department devised a plan to straighten and channel the Beas River to stem the seasonal deluge. The move was successful and riverbanks were built up to handle even the most severe rainstorms that come only once every 200 years.

The plan was not perfect by any means. The rechanneling came at the cost of nearby natural wetland and 70 percent of Hong Kong's best farmland was lost.

The freshwater wetland is still on the migratory route of the Yellow-breasted bunting. At one time, the valley was probably the best habitat for the species in Hong Kong, but the population has declined dramatically. Late last year, the International Union for Conservation of Nature updated the bird's status from "endangered" to "critically endangered", and local activists are working to stop it from becoming extinct.

In autumn, the Hong Kong Bird Watching Society launched a program to monitor the bunting's migratory patterns, particularly the distances traveled during annual migration, population and favorite locations. In October and November, 21 Yellow-breasted buntings were fitted with colored metal rings so they could be monitored. 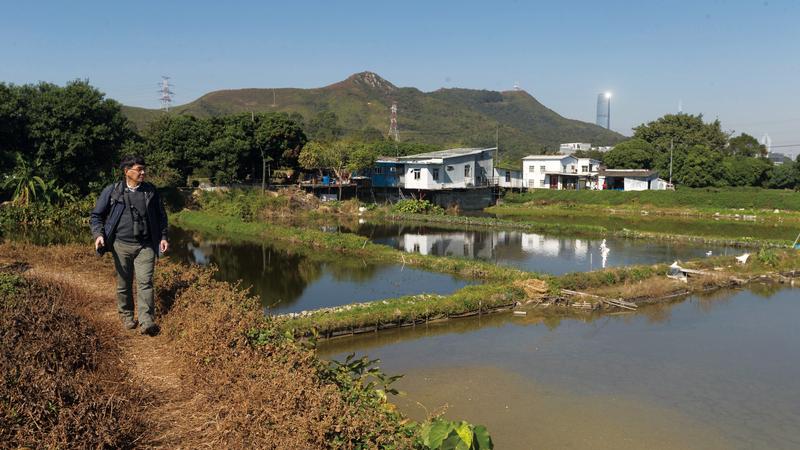 Long Valley has sustained migratory species with an abundance of plump-eared grains hanging under mature rice straws that stand like gold in the sunlight. Long-legged, Black-winged stilts feed in water flea ponds or fly in graceful arcs across the sky. Seasonal plants and vegetables are abundant, spreading across 25 hectares of wet farmland and fishponds.

"Decades of efforts related to farming have given the place a new look," said Ng Cho-nam, associate professor in the Department of Geography at the University of Hong Kong. He and his team are promoting "farming for conservation" to help diversify the species living in the valley.

The unique enclave in Sheung Shui is a habitat for hundreds of flora and fauna. Between 2005 and 2015, the number of species recorded in the valley rose from 230 to 304, according to the Hong Kong Bird Watching Society. The area is home to more than 57 percent of all the bird species found in the city, and according to plans laid out by the Hong Kong government, Long Valley will become a nature park.

To compensate for the loss of natural wetland, artificial marshes have been created near river channels. However, their impact has been limited, according to Ng, who pointed to the mud drying on the boundary of the wetland. During the arid winter season, the drying land spreads to the core of the wetland. 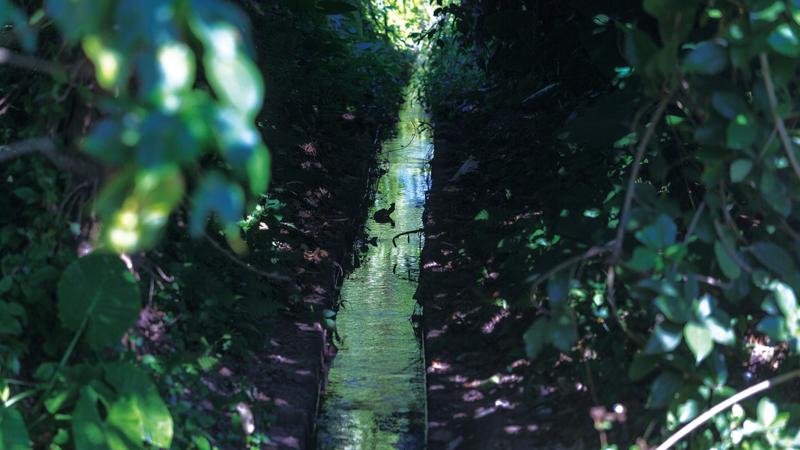 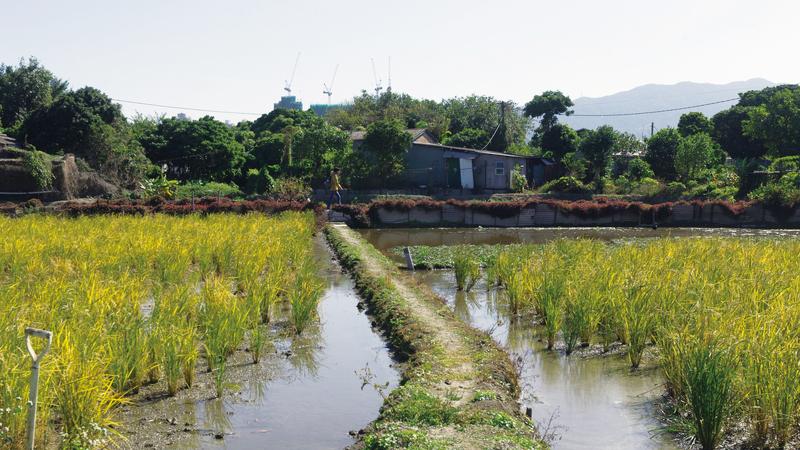 "The water levels were lowered and the water patterns were altered after the river was channeled. The wetland can't get enough water during the dry season," he said.

In 2005, a partnership to preserve Long Valley's wetlands was formed by the Conservancy Association, the Hong Kong Bird Watching Society and local stakeholders, especially landowners, farmers and villagers.

Local farmers are required to undertake specific activities to conserve the environment, and they are prohibited from using scarecrows or flags to frighten birds away from feeding grounds.

The aim is to preserve the habitats of birds and other species. Farmers who incur losses of crops are subsidized by the government or nongovernmental organizations. "The triangle (the agreement) helps to achieve harmony between nature and human beings," Ng said. 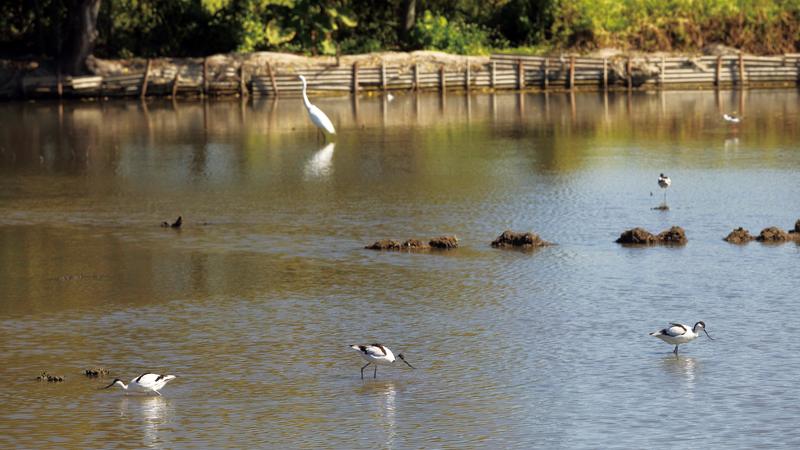 Waterfowl are abundant in the valley. (ROY LIU / CHINA DAILY)

The original aim of the conservation project was to raise the number of bird species in the valley by diversifying wet farmland crops and reintroducing rice planting. However, in addition to rising biodiversity, extra benefits have been gained.

The community has become active in farming culture and education, and is regularly visited by numerous academics and organizations from across the world.

"In the old days, the farmer was on the bottom rung of society, but now I am treated with respect and pride," said a local farmer who only gave his surname as Chan. He often displays his crops to students from urban areas and guides foreign visitors through the land.

The achievements could not have been made without the irrigation channels that spread across the farmland. Water from the upper reaches of the Beas River is drained into the main channels and then redirected into smaller branch channels. Tanks made from concrete are located near the farmland to store water for the drier seasons. Together, the channels and tanks form a drainage network. 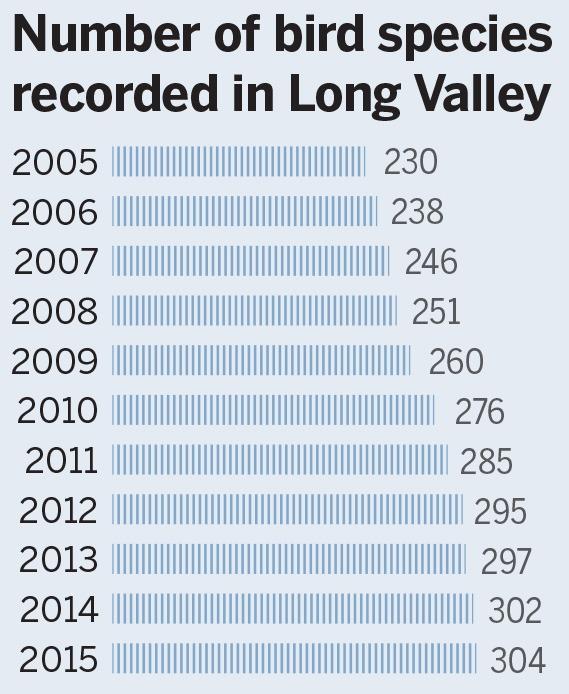 Unlike Long Valley, the farmland in Ying Pun Tsuen, about 6 kilometers away, is now deserted and will eventually be developed. Iron fences circle the deserted farmland, and only one or two species of grass grow inside. "Leaving this farmland abandoned could damage it forever," Ng said.

In the latest development plans for the North East New Territories, Long Valley has been designated a "nature park" for the public. Although the definition of "nature park" hasn't been fixed, Ng pointed out that it is the first time that wetland in Hong Kong has been allocated as a public space, with the same function as a city park.

"This suggests that the government will someday repurchase the wetland under a full subsidy," he said, adding that the villages, with their enhanced environment and greater biodiversity, will become popular tourist attractions for urban residents.