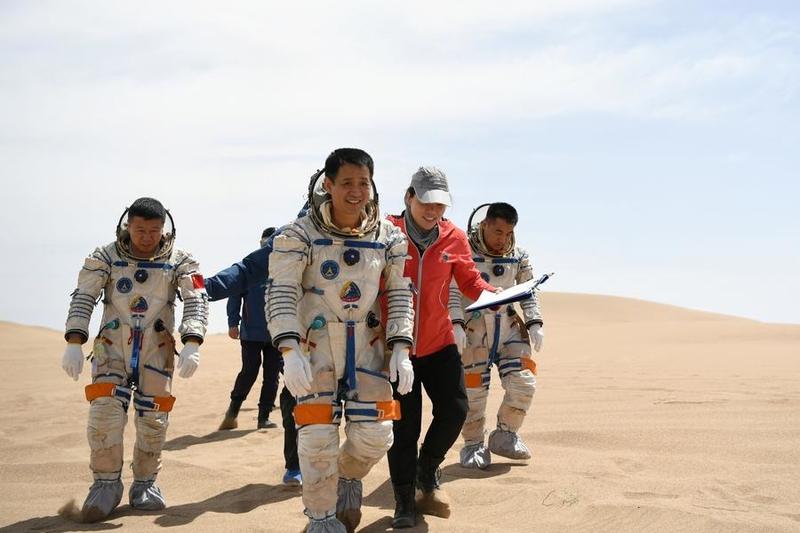 The program was designed to prepare astronauts with the capacity to survive in the wilderness in the event their re-entry capsule lands off target.

Organized by the Astronaut Center of China (ACC), the program was designed to prepare astronauts to survive in the wilderness in the event their re-entry capsule lands off target.

Before venturing into space, astronauts have to survive in various hostile environments as a part of their training.

Wilderness survival training is an important part of astronaut training in space agencies, leaving space mission candidates stranded at sea, in deserts, in jungles or on glaciers.

In the latest training program, each team, all wearing spacesuits, simulated an emergency landing scenario in which they needed to exit the capsule themselves, report their location and survive in the desert until rescue arrived 48 hours later.

In the desert, a land of extremes, the trainees had to handle the arid conditions, the daytime heat and cold at night. 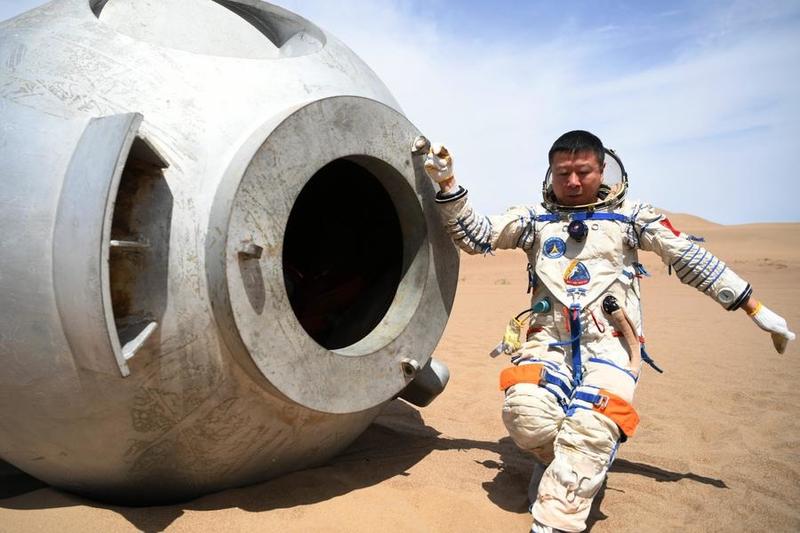 Taikonaut Liu Wang exits from a re-entry capsule during a wilderness survival training in the Badain Jaran Desert in northwest China's Gansu province, May 17, 2018. (PHOTO / XINHUA)

The desert survival training tested the allocation of emergency supplies so their design can be improved in the future, said Huang Weifen, deputy chief designer at the ACC.

Chinese astronauts also completed emergency escape training on a launchpad in Jiuquan Satellite Launch Center, which has launched all manned spacecraft in the country.

The training programs were part of the comprehensive training of astronauts for China's space station.

China plans to start assembling its space station in space in 2020. It is scheduled to become fully operational around 2022.

READ MORE: Engineers to be among nation's next astronauts