Raising the bar for polar exploration 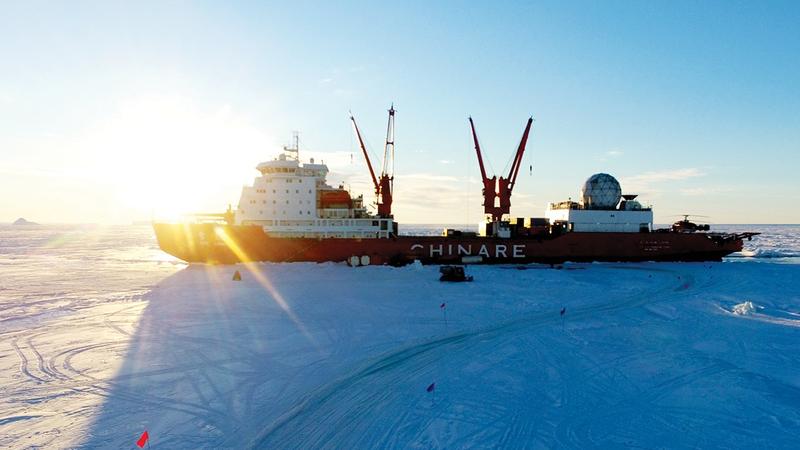 China’s second — and first domestically built — research icebreaker, Xuelong 2, embarked on its maiden polar voyage on Oct 15 and will join its predecessor, Xuelong, in taking the nation’s exploration endeavors to new heights.

The vessel will make stops at two Chinese Antarctic research stations — Zhongshan and Changcheng — with members of the expedition team conducting scientific operations, according to Qin Weijia, director of the Ministry of Natural Resources’ polar expedition office.

It will also make a port call in South Africa to enable Chinese researchers to carry out scientific cooperation projects with their local counterparts, Qin told reporters at a news conference in Shenzhen.

Xuelong, the vessel’s partner, set sail from Shanghai on Oct 22 to join Xuelong 2 at the Zhongshan research station for joint survey operations. The two icebreakers will then part company and perform their tasks independently. 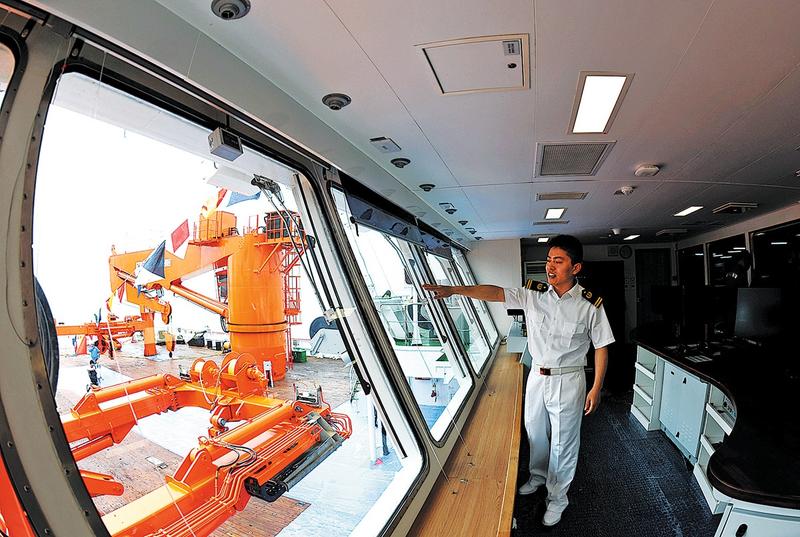 Qin said Xuelong 2 will return to China in late March, while Xuelong will do so in mid-April.

The official said Xuelong 2 is one of the world’s best research icebreakers and will allow Chinese scientists to extend their stays in polar regions and help the country narrow the gap with polar research powers such as the United States.

Sun Bo, deputy director of the Polar Research Institute of China in Shanghai, said: “The participation of Xuelong 2 will make the 36th Antarctic expedition China’s first polar mission carried out by two icebreakers and also an expedition performed at the highest technological level.”

Zhao Yanping, the captain of Xuelong 2, said: “The vessel employs a lot of technology and functions the Xuelong does not have. Its service will extensively boost our country’s research capability in polar regions.”

He said that to prepare for the Antarctic mission, Xuelong 2 underwent a trial run in the South China Sea in August to test its equipment.

The vessel arrived in Shenzhen on Oct 13 from its home port of Shanghai and was open to 1,200 members of the public for tours before its departure.

Before Xuelong 2 was commissioned in July, China only operated a single icebreaker — Xuelong — which was designed for cargo transportation rather than scientific research operations when it was built in Ukraine in 1993. Xuelong was bought by China and converted into a polar research and resupply vessel. It has carried out dozens of scientific expeditions to the Arctic and Antarctic. 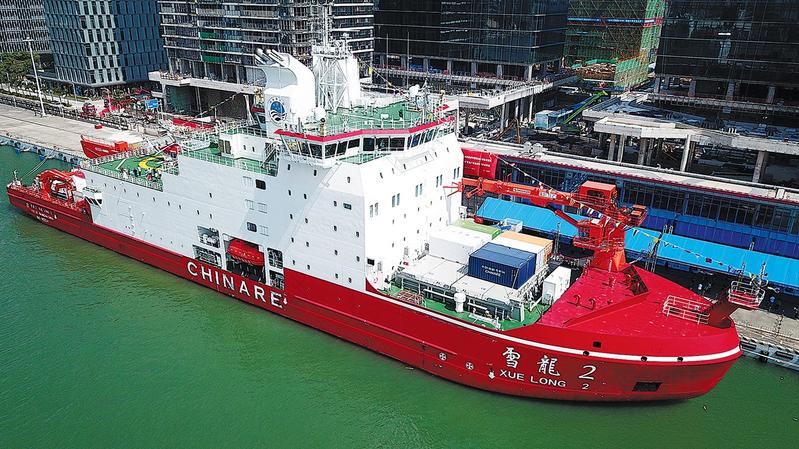 State of the art

Xuelong 2 was jointly designed by Aker Arctic Technology in Helsinki, capital of Finland, and the Marine Design and Research Institute in Shanghai. Construction began at the Jiangnan Shipyard Group in Shanghai in 2016.

Incorporating state-of-the-art design and advanced equipment, it is capable of operating in any ocean.

It is equipped with world-class oceanographic survey and monitoring apparatus, allowing experts to carry out research into polar regions’ physical oceanography, biodiversity, and atmospheric and environmental conditions, and also to survey fishery resources.

Wu Gang, the vessel’s chief designer at the Marine Design and Research Institute, said it can break ice 1.5 meters thick while traveling at 2 to 3 knots, and can operate in temperatures as low as -30 C. 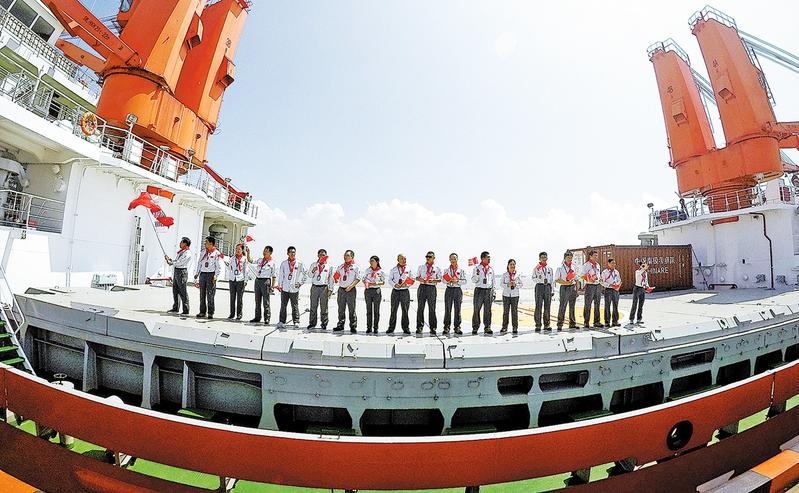 Chinese researchers have begun design work on a next-generation icebreaker that will be even more advanced than Xuelong 2, Wu said, adding that it will be able to break ice about 3 meters thick and operate in temperatures as low as -45 C.

Those who overcame numerous difficulties to establish the Changcheng Station, China’s first scientific research outpost in Antarctica 34 years ago, were unlikely to have considered the possibility of turning it into a tourist attraction.

That is because the southernmost continent was, for many years, out of reach to Chinese scientists, let alone ordinary travelers. China was the last of the five permanent members of the United Nations Security Council to establish an Antarctic station. In 1983, the nation was embarrassed at an international Antarctic research meeting in Australia because it had no presence at the South Pole at the time.

Aware of the huge gap with other world powers in terms of polar research and development capabilities, China has spared no effort over the past three decades to catch up, and has made some remarkable achievements.

It now has five research stations in polar regions — Changcheng, Zhongshan, Taishan and Kunlun in Antarctica, and Huanghe in the Arctic. There is also a China-Iceland Arctic Science Observatory in the Arctic. 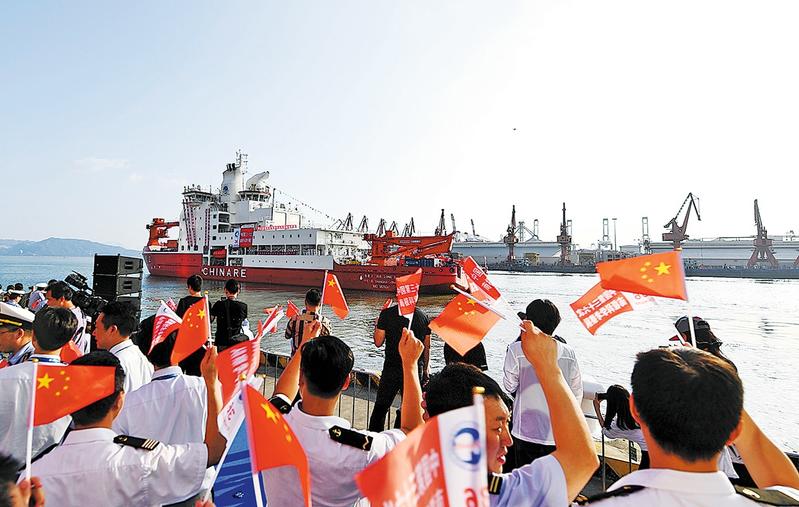 In September, the Ministry of Natural Resources released a set of guidelines for tourism agencies wanting to organize sightseeing tours to the Changcheng Station.

According to observers, this shows that China wants to allow the public to get a closer look at the country’s polar research endeavors and to increase awareness of this field.

The country is building a fifth scientific research station in Antarctica, which it intends to put into service around 2022. The unnamed station, on Inexpressible Island in Terra Nova Bay, will be capable of accommodating 80 people in summer and 30 in winter, according to the Polar Research Institute of China.

The nation has conducted 35 expeditions to Antarctica and nine to the Arctic, obtaining a great deal of scientific data and many samples.

To publicize and promote its polar research efforts, the government has published white papers about its Antarctic and Arctic activities, and has also issued guidelines to support research and development of advanced ships for polar scientific and resource survey operations.

In addition to ships and stations, China is establishing a space-based system for polar observation. 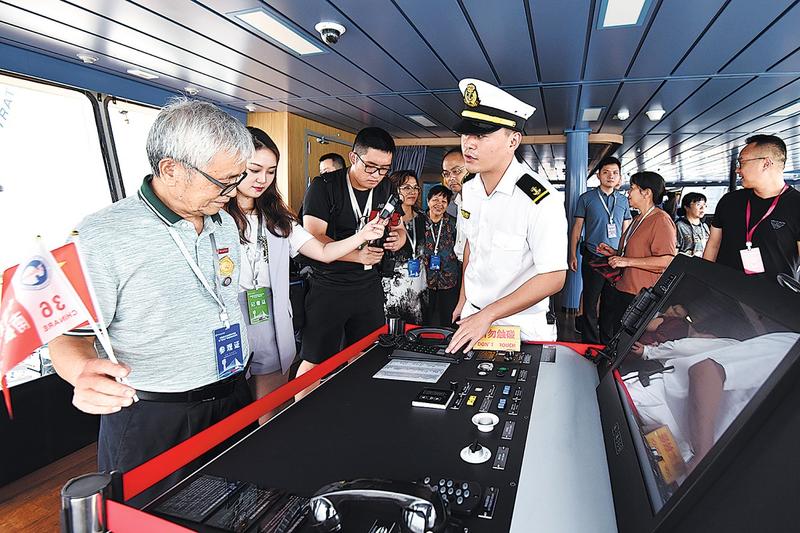 In September, the country’s first polar observation satellite was launched in an attempt to offer scientists a new edge in their polar research capability.

BNU 1, also known as Ice Pathfinder, is tasked with observing and monitoring climates and environments in the Antarctic and Arctic. It is expected to work in a sun-synchronous orbit more than 730 km above the Earth for up to two years.

After a certain period of in-orbit tests, it will be delivered to the Joint Center for Polar Research of Chinese Universities to start formal operations.

Its designers said it will help end China’s heavy reliance on Western satellites for images and data from polar regions, injecting momentum into polar and global environmental research.

In the past, data from polar regions available to the nation’s scientists were mainly acquired by Chinese ships and polar stations, but such means have long been restricted by tough natural conditions or the inaccessibility of many areas, experts said, explaining the necessity for satellites.

Research and development for BNU 1 was launched in February last year by researchers at Beijing Normal University’s College of Global Change and Earth System Science who had long called for assets based in space. 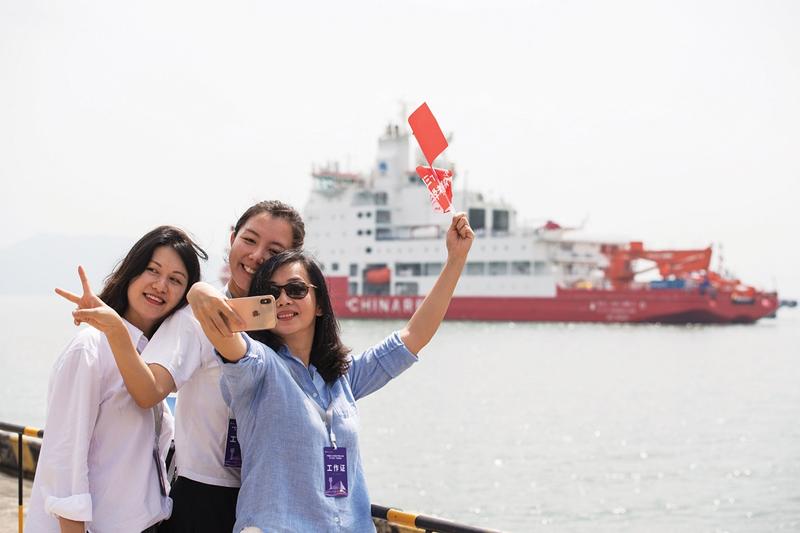 Visitors take a selfie with Xuelong 2 in the background at the Shekou Cruise Homeport in Shenzhen, Guangdong province, on Oct 13. (MAO SIQIAN / XINHUA)

In Shanghai in October, Cheng Xiao, the satellite’s chief scientist, said at the China Symposium on Polar Science 2019 that BNU 1 had successfully obtained data on polar regions and conducted full-coverage observation of the Antarctic and the Arctic every day.

In September, the satellite monitored a gigantic iceberg breaking away from the Amery Ice Shelf in East Antarctica, helping limit its impact on submerged buoys and research ships in the surrounding area, Xinhua News Agency quoted Cheng as saying.

It will also support the 36th Antarctic expedition by enhancing its navigation capability in the polar ice zone, Cheng told Xinhua.