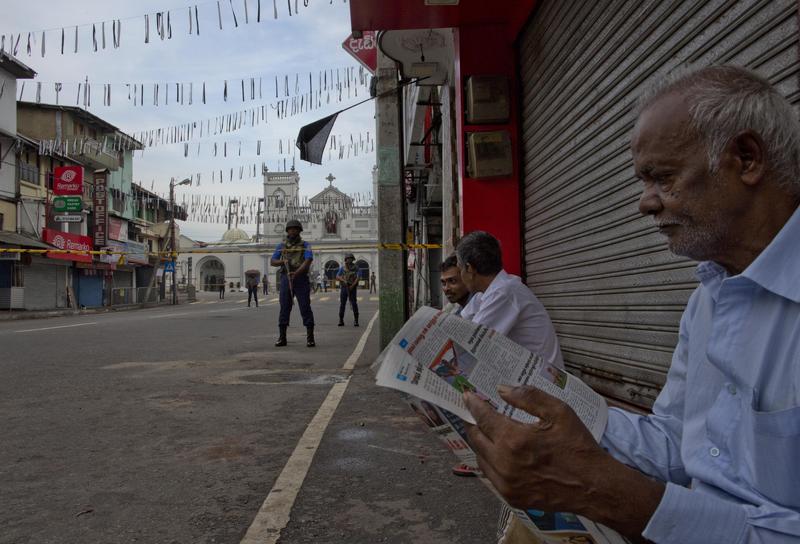 COLOMBO, Sri Lanka — The suspected leader of the militant group Sri Lankan authorities said carried out a series of Easter Sunday bombings died in the blast at the Shangri-La hotel, one of six hotels and churches targeted in the attacks that killed at least 250 people, officials said Friday.

Police said on an official Twitter account that Mohamed Zahran, the leader of local militant group National Towheed Jamaat known for his vitriolic extremist speeches on social media, had been killed in one of the nine suicide bombings.

Police also said they had arrested the group's second-in-command.

They said investigators had determined that the assailants' military training was provided by someone they called "Army Mohideen," and that weapons training had taken place overseas and at some locations in Sri Lanka's Eastern Province.

Police also said that the attackers had worked out at a local gym and by playing soccer using their authentic national identity cards. They added that the vehicles used in the attack were purchased from a car dealership in Kadawatha, a suburb of Colombo, the capital.

They said that the operator of a copper factory who was arrested in connection with the bombings had helped Mohideen make improvised explosive devices and purchase empty cartridges sold by the Sri Lankan military as scrap copper.

Australia's prime minister said earlier Friday that it had been confirmed that the Sri Lanka attackers were supported by the Islamic State group, which has claimed responsibility for the massacre, distributing video of Zahran and others pledging allegiance to the withered caliphate. 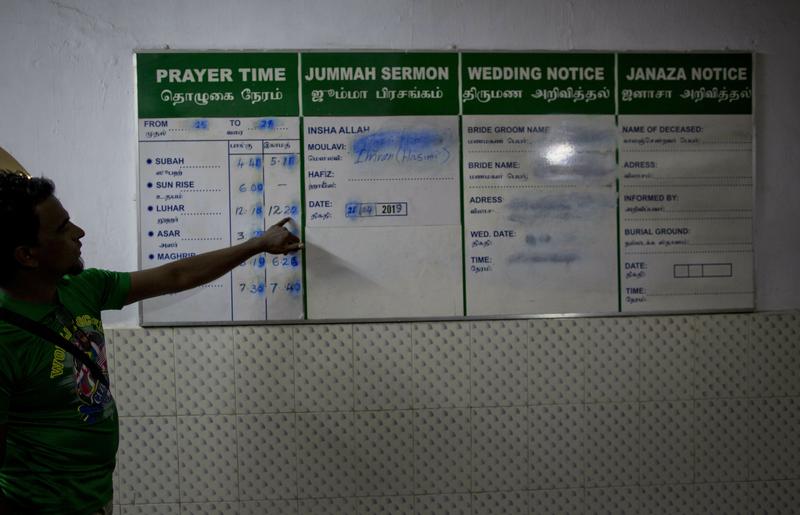 Sri Lankan President Maithripala Sirisena told reporters in Colombo that some 140 people in the island nation had been identified as having links to the Islamic State group, and that the Sri Lankan government has "the capability "to completely control ISIS activities" in the country.

"We will completely control this and create a free and peaceful environment for people to live," he said.

Sirisena blamed Sri Lanka's defense secretary, who resigned Thursday, and police chief, who he said would soon step down, for a failure to share weeks of information from international intelligence agencies about the plot ahead of time.

Across Colombo, there was a visible increase of security as authorities warned of another attack and pursued suspects that could have access to explosives. Authorities had told Muslims to pray at home rather than attend communal Friday prayers that are the most important religious service for the faithful. At one mosque in Colombo where prayers were still held, police armed with Kalashnikov assault rifles stood guard outside.

Gration Fernando crossed himself when he looked at the church after walking out of his shop there. Fernando says he, like other Sri Lankans, was worried about further attacks.

The discrepancy was not immediately explained, but it fit a pattern of claims and counterclaims by Sri Lankan officials that have muddled the investigation.

In a predominantly Muslim area of Colombo's Maligawatta neighborhood, vegetable sellers laid their produce on the sidewalks near the mosques as women in long black chador shopped. 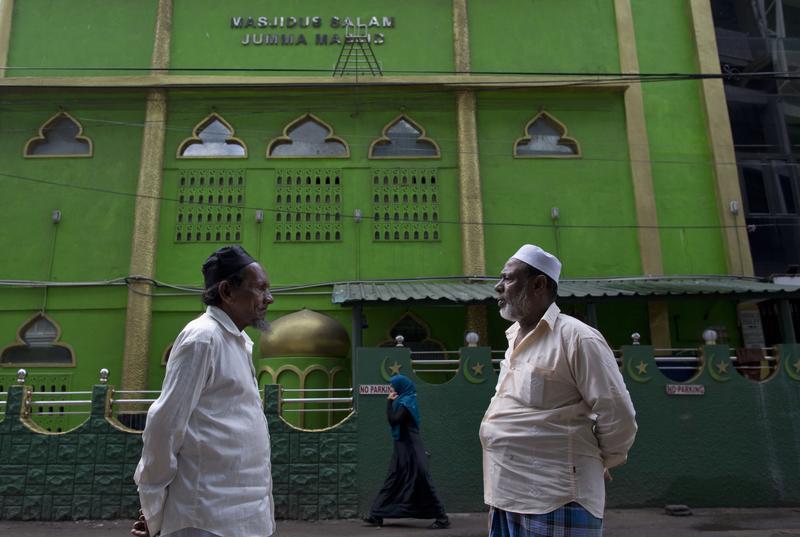 Leaders at the neighborhood mosques said they planned still to hold Friday noon prayers. They said both the police and volunteers would be guarding the neighborhood to protect the faithful.

Imtiyas Ahamed, one prayer leader, said he planned to preach about how extremists like the Islamic State group were not faithful Muslims.

"In Islam, it is not said to kill yourself and kill others," Ahamed said.

As he spoke, men one at a time came into the mosque to pray. They sat on their knees and bowed toward Mecca, the sweat from their brows falling on the mosque's purple-and-gray carpet.

Abdullah Mohammed, 48, another Muslim from the neighborhood, stood outside.

Ahamed also urged people not to think all of Sri Lanka's Muslims were like the people who carried out Sunday's attacks.

"After the New Zealand attack, we don't think every white Australian is an extremist," he said.