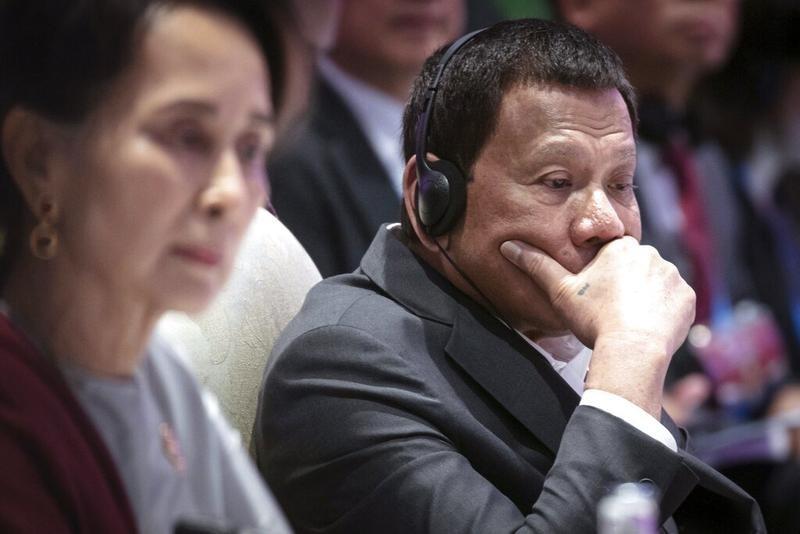 MANILA — The Philippine government will take over the capital’s water distribution services if the two largest water firms refuse to accept the terms of new contracts that will be offered to them, the presidential spokesman said on Tuesday.

Should Maynilad and Manila Water refuse to accept the new agreements, the president will order the cancellation of their present water contracts, order the nationalization of water services in their respective areas of operation.

The firebrand leader in December ordered criminal charges filed against the two companies, including their billionaire owners. Earlier that month, they had won arbitration cases in Singapore against the government.

“The chief executive is giving the water concessionaires the option of accepting the new contracts minus the onerous provisions without any guarantee of not being criminally prosecuted together with those who conspired to craft the very onerous contracts,” Salvador Panelo, Duterte’s spokesman, told a news conference.

“Should Maynilad and Manila Water refuse to accept the new agreements, the president will order the cancellation of their present water contracts, order the nationalization of water services in their respective areas of operation,” Panelo said.

Manila Water and Maynilad did not immediately respond to requests for comment.

The market cheered the news that the two firms would be allowed to continue to operate if they adhered to the government’s conditions.

Maynilad owners Metro Pacific Investments Corp and DMCI Holdings Inc, rose 3.2% and 3.9%, respectively, on Tuesday. The two firms collectively lost as much as US$1.45 billion in market value after Duterte’s criticism.

Last month, the state water regulator canceled a 15-year extension of the water utilities’ concession after pressure from Duterte. The existing concessions will expire in 2022.

The Permanent Court of Arbitration in Singapore last month ordered the Philippine government to pay Manila Water 7.4 billion pesos (US$145.55 million) to recoup foregone revenues from rate increases that were rejected by regulators. Maynilad won a separate arbitration last year.

The companies had said they would forfeit any damage claims to avoid angering the president, who enjoys high public approval ratings.