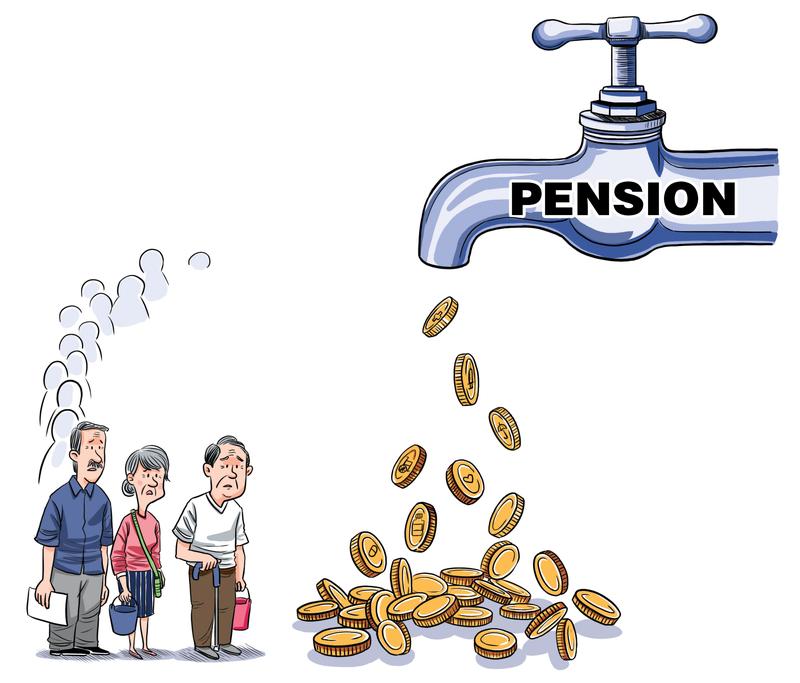 The Pension Fund Actuarial Report 2019-2050, prepared by the Center for International Social Security Studies, Chinese Academy of Social Sciences, and released on April 10, has drawn wide public concern. The report, China's first actuarial report on the pension fund, focuses on the old-age pension fund, especially because Premier Li Keqiang said in this year's Government Work Report that the share borne by employers for urban workers' aged-care insurance will be lowered.

Earlier, employers had to pay 20 percent of the premium for aged-care (or pension) insurance while employees paid 8 percent. But to help the employers cope with the economic downturn pressure, the government reduced their contribution to 19 percent, which eased their economic burden by about 500 billion yuan (US$74.49 billion) in the past four years. This year's Government Work Report says the employers' share will be further reduced, from 19 percent to 16 percent nationwide.

The CISSS report calculates the sustainability of the pension fund till 2050, by when China is expected to become a great, modern, socialist country.

According to the CISSS report, the number of insured workers paying their premium will reach its peak of 290 million by 2048, and then their number will start declining - to about 289 million in 2050. And the dependency ratio of the pension fund contributors who have actually paid their premium will increase from 47 percent in 2019 to 96.3 percent in 2050. Which means that if two workers are supporting one retiree in 2019, only one worker will support one retiree in 2050.

Third, there will be a rapid increase in the number of retirees in the following years. From 102 million in 2019, the insured retiree population is expected to increase to 278 million in 2050.

But since the aging population trend cannot be reversed, we can do the next best thing: expedite the pension fund reform and take measures to make the pension fund system more sustainable. For instance, the retirement age could be raised, and the minimum 15 years' pension insurance payment period extended. Also, the pension premium collection and payment system should be improved.

The author is director of the Center for International Social Security Studies, Chinese Academy of Social Sciences.