The 60-year career of Hou Yunde, a global authority on viruses who is known as the guardian of China's health, is still inspiring medical professionals around the world, as Zhang Zhihao reports. 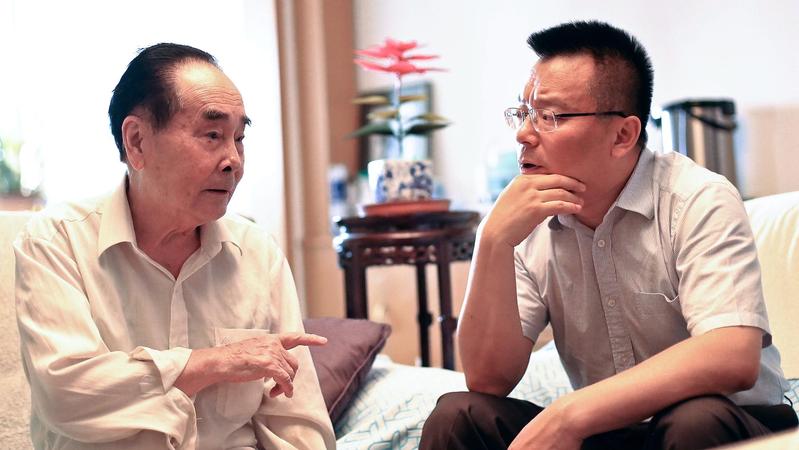 In the summer of 2014, during an outbreak of Ebola in Sierra Leone, West Africa, four Chinese healthcare professionals spent days in a stiflingly hot biosafety lab the size of two shipping containers checking blood samples for evidence of the virus, one of the deadliest pathogens in history.

During transportation of the samples, bloodstained needles and broken glass penetrated some of the containers and occasionally sliced through the Chinese doctors' gloves. "If they had punctured the skin, the person would probably have died. We really handled death with our fingertips," Wu said.

Seventy members of staff from the center traveled to West Africa during the 2014 outbreak to provide aid.

"They all wrote farewell letters to their families (to be delivered in the event of their deaths). But they still wanted to go to help those in need and to make Hou Yunde, their mentor, proud," Wu said.

For more than six decades, Hou has been a bulwark against viruses and contagious diseases in China, and he is an inspiration to health workers, she added. 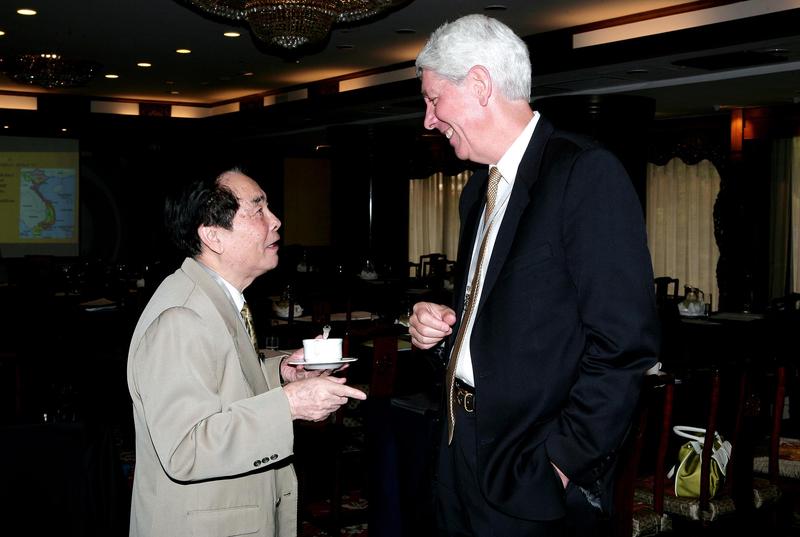 Hou speaks with a foreign expert at the International Conference on avian flu in Beijing in 2006. (PHOTO PROVIDED TO CHINA DAILY)

On Monday, Hou was presented with the 2017 State Preeminent Science and Technology Award, China's highest scientific honor, for his varied contributions to virology, medicine and disease control.

He laid the foundation for China's virology research program, has written numerous textbooks and also created the country's first genetically engineered drugs - highly potent medicines that can be mass-produced - thereby saving millions of lives and earning billions of dollars for the national economy.

The 88-year-old is still working on the frontline of research as chief designer of the national project to combat HIV and hepatitis.

"Hou is the guardian of China's health," said Jin Qi, head of the Institute of Pathogen Biology at the Chinese Academy of Medical Sciences. 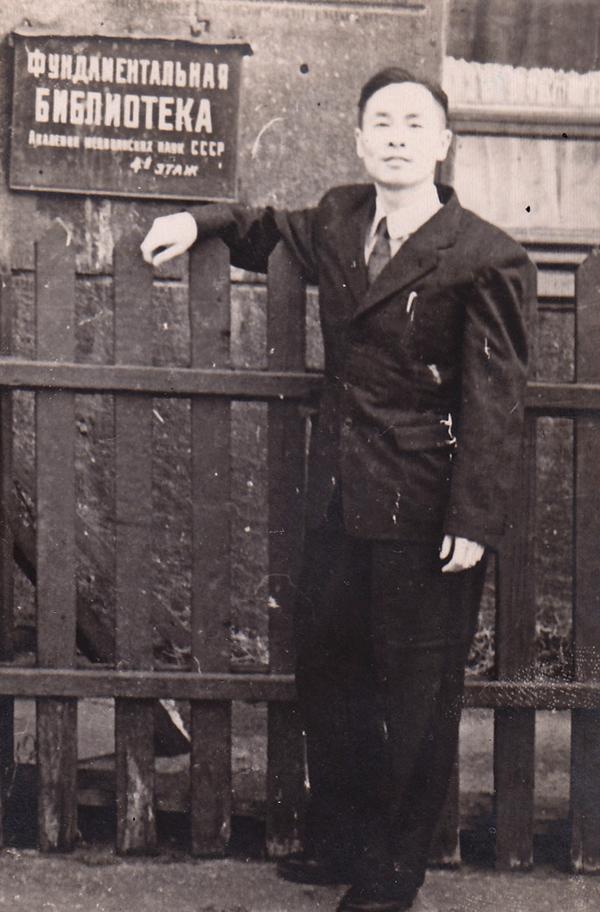 Hou at the Ivanovski Institute of Virology in Moscow in 1958. (PHOTO PROVIDED TO CHINA DAILY)

Hou had a tough childhood, because he grew up during the War of Resistance Against Japanese Aggression (1931-45), and when he was about age 10, his older brother died of an unidentified illness. The loss cemented Hou's determination to become a doctor.

In 1955, after graduating from Tongji Medical College in Shanghai, the nation's top medical school, Hou started out on a lifelong path of researching countless viruses and diseases.

At the time, bubonic plague, cholera and smallpox were rampant in China, but many medical professionals lacked the knowledge or equipment to help.

To remedy the shortfall in his education, Hou studied at the Ivanovski Institute of Virology in Moscow from 1958 to 1962, intending to return to China and use his knowledge to benefit the country.

The Soviet Union was a scientific powerhouse at the time, and its academics generally had a poor opinion of students from overseas. As a result, foreign students were only awarded Candidate of Sciences degrees, a lesser qualification than a full medical degree, even though they completed the entire course.

When Hou arrived at the Soviet lab, he faced an immediate challenge - most of the lab mice had died and nobody knew why. By closely observing the symptoms displayed by those still alive, Hou realized they had contracted the Sendai virus, a highly transmissible infection that originated in Japan. His colleagues later confirmed Hou's hypothesis and solved the problem by closing the lab and conducting an intensive cleanup operation.

"Immediately identifying the right virus is the first and most important step in any prevention effort. This works for humans and mice alike," Hou said later.

The incident made Hou famous at the institute. His Soviet colleagues often said "ask the Chinese" when fellow scientists experienced problems with their research. Editors of virology journals also approached Hou because he frequently published high-quality academic papers.

At the end of his time in the Soviet Union, Hou made history by being awarded a full medical degree, the first time the institute had granted the qualification to a foreign student.

Hou welcomes Yin Dakui, then viceminister of health, to his lab in 1994. (PHOTO PROVIDED TO CHINA DAILY)

When Hou returned to China in 1962, the country was in no better shape than when he left. Disease, drought and famine ravaged the land.

He immediately started researching viruses at the Chinese Academy of Medical Sciences, focusing on the various strains of parainfluenza that were devastating rural China.

"Hou had many ideas for important projects, yet scientists didn't even have enough to eat, let alone funds for labs or equipment," said Duan Zhaojun, Hou's former student who is now a researcher at the CDC.

"Most of the time we had to improvise and make our own equipment. Hou would share his own precious chemicals that he had brought back from overseas with us young students," he added.

Despite the harsh conditions, Hou was able to isolate three strains of parainfluenza in the lab. His breakthroughs paved the way for more detailed analysis of the pathogen and the creation of a vaccine in the decades that followed, even though China's pharmaceutical companies and market didn't really begin to develop until the 1980s.

"Hou insisted that the country needed its own pharmaceutical manufacturer, one capable of producing high-quality Chinese-patented drugs," said Cheng Yongqing, a colleague and executive manager at Beijing Tri-Prime Gene Pharmaceutical Co, which Hou helped to found in the basement of his lab in 1992 and is now worth 9.6 billion yuan (US$1.45 billion).

As chief scientist for national biotechnology projects from 1987 to 1996, Hou oversaw the creation of 18 genetically engineered drugs, eight of which he personally created.

The medicines were used to combat serious illnesses ranging from hepatitis to leukemia. They saved millions of lives and boosted China's pharmaceutical market from 200 million yuan in 1986 to 20 billion yuan in 2000, according to the CDC.

"He singlehandedly built China's genetically engineered medicine industry from scratch, and played an invaluable part in accelerating the development of modern medicine in China," Wu said.

Spring 2009 saw a swine flu pandemic that revolved around a new strain of the H1N1 influenza virus and quickly spread to about 170 countries, according to the World Health Organization.

The organization quickly declared a Phase-six Influenza Pandemic Emergency, the highest level of alert. Hou, who was 80 at the time, was given the task of leading China's response to the outbreak.

Many protocols that originated with the 2003 SARS outbreak were carried over to tackle the new virus. That gave China the ability to react quickly, and on July 22, 2009, it became the first country to produce an effective vaccine.

However, a new problem quickly emerged. The new virus was so contagious that many experts, including those at the WHO, believed people would require two shots of the vaccine to be completely protected, but China's pharmaceutical companies were unable to produce sufficient quantities of the vaccine to meet the requirement.

"One dose or two doses; it was the hardest decision Hou has had to make in his entire career," Jin said. "To say he was in the hot seat is an understatement; it was more like a volcano. Because 2009 was also the 60th anniversary of the founding of the People's Republic of China, the pressure was mind-blowing."

Hou argued that one dose would provide adequate protection because he realized that a single dose would trigger a natural recurring immune response and the vaccine would remain active in the body for a long time. The expert committee founded to resolve the issue eventually accepted Hou's argument.

"It was a very courageous decision," said Dong Xiaoping, deputy director of the National Institute for Viral Disease Control and Prevention. "But it was also the most rational and ideal one, given our needs and production capabilities. Stipulating two doses would have meant a lot of Chinese being left unprotected, but Hou simply could not accept leaving anyone behind."

In the end, Hou's vaccines and countermeasures protected around 250 million people from the virus, saved more than 200 billion yuan and ended the pandemic in China a year before the official end date in the rest of the world, August 2010, according to an evaluation report by Tsinghua University's Department of Public Health.

"Hou was able to make the correct call thanks to his unparalleled knowledge of the subject, his ability to see and predict global trends, and his ability to anticipate how a virus can affect the human body," Jin said.

"His insight only grows sharper with age, and he still amazes us to this day."