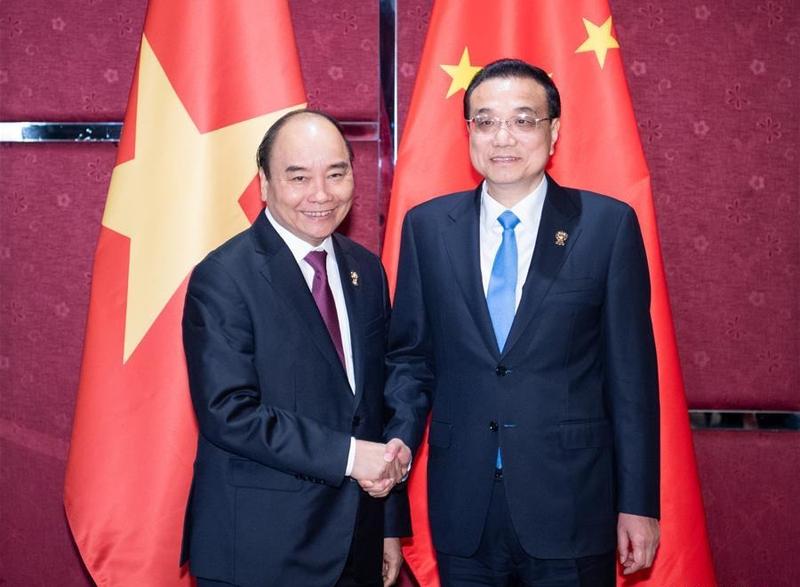 BANGKOK – Chinese Premier Li Keqiang said Sunday that China and Vietnam need to manage maritime issues in a proper way, so as to create favorable conditions for more cooperation between the two countries.

Li made the remarks in a meeting with Vietnamese Prime Minister Nguyen Xuan Phuc on the sidelines of the 35th summit of the Association of Southeast Asian Nations (ASEAN) and related meetings being held in the Thai capital, Bangkok, from Saturday to Monday.

China is ready to expand mutually beneficial cooperation with Vietnam to improve the well-beings of the two peoples, said Li

China and Vietnam, the two close neighbors, are both emerging economies, Li said, calling on the two sides to firmly keep the direction of the development of their relations, meet each other halfway, and create a good atmosphere for the 70th anniversary of the two countries' diplomatic ties in 2020.

Considering the mounting downward pressure on global economy, East Asian countries should continue to be committed to openness and inclusiveness and focus on cooperation to jointly cope with challenges, the Chinese premier said.

China is ready to consolidate political mutual trust and expand mutually beneficial cooperation with Vietnam to improve the well-beings of the two peoples, Li added.

China supports Vietnam's rotating chairmanship of ASEAN in 2020, he said. Beijing is willing to join hands with ASEAN countries to push forward China-ASEAN relations and cooperation in East Asia for greater development, added the Chinese premier.

During the meeting, Nguyen Xuan Phuc congratulated on the 70th anniversary of the founding of the People's Republic of China, saying that Vietnam pays great attention to developing its ties with China.

Vietnam is willing to take the 70th anniversary of the two countries' diplomatic ties as an opportunity to enhance Vietnam-China high-level exchanges and deepen all-round cooperation, the prime minister said.

He noted that meanwhile, his country is ready to properly handle maritime issues with China through dialogues and communication, so as to advance the continuous, steady development of bilateral relations.