One step toward restoring law and order in the SAR 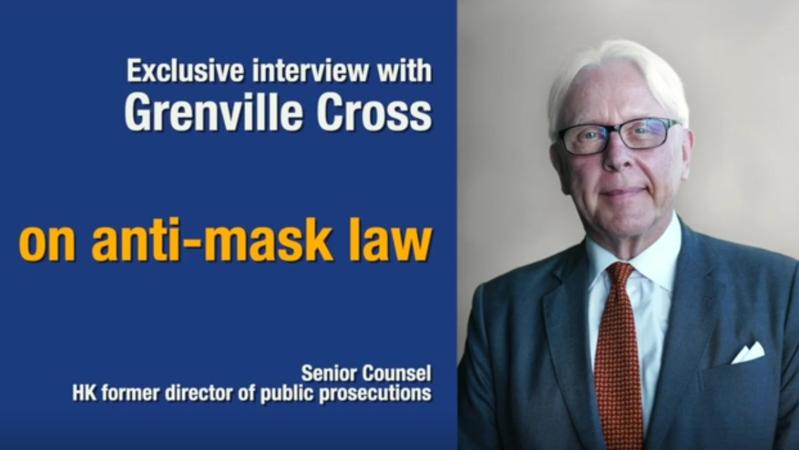 The chief executive’s announcement on Friday, that the government plans a ban on facial coverings by those who participate in public meetings and processions, as well as on those involved in unlawful and unauthorized assembles and riots, is a move in the right direction.

Like the bank robbers and rapists who don balaclava helmets, the men and women of violence, who have become an integral part of every public protest, rely on anonymity to protect themselves from the consequences of their crimes. This prohibition may at least give some of them pause for thought, although probably not the hardcore. The violence and wanton destruction of recent times have been designed to undermine the rule of law, and anything that might deter those responsible from further depredations is to be welcomed. Quite clearly, people who have to display their faces in public are less likely to commit serious offenses.

Similar measures, moreover, have already been adopted around the world, including North America and Europe, and have proved effective. In the US, for example, New York state adopted a face mask ban for participants in public protests as early as 1845, in order to promote public safety, with many other states following suit. In 2013, Canada also proscribed the wearing of face masks by those involved in riots and unlawful assemblies, although it also went one step further, and introduced an associated offense of wearing a mask with intent to commit an indictable offense.

When legal challenges have been mounted in other jurisdictions, as in the US, they have generally failed, or at least only succeeded in part, and the legitimacy of the principal legislation has been upheld. There is no reason to suppose this would not happen here. After all, reasonable excuses for wearing a face mask are incorporated into the prohibition, and, for example, it is a defense if a person is wearing the mask for health, medical or religious reasons, or if someone needs to cover his or her face while performing an activity connected with his profession or employment.

Similar measures, moreover, have already been adopted around the world, including North America and Europe, and have proved effective

The Emergency Regulations Ordinance (Cap 241), under which the prohibition has, as a regulation, been effected, was enacted in 1922. It is a well-established tool for dealing with grave public order situations. The Basic Law, moreover, stipulates that pre-1997 ordinances “shall be maintained”, unless they “contravene this Law”, which the ERO clearly does not.

Although some people have claimed that the Chief Executive in Council does not have the power under the Basic Law to declare a state of emergency, Lam was at pains at her press conference to explain that she was not in fact doing this. What the ERO empowers the Chief Executive in Council to do is to put in place an emergency regulation where this is in the public interest, because of a particular public danger, and this is exactly what has happened. On Sept 29 and Oct 1, masked thugs indulged in wanton violence, threw gasoline bombs, attacked police officers, vandalized MTR stations and other public property, and the situation is ongoing. As an additional means, therefore, of addressing an existential public danger, the regulation is legally justified.

Any suggestions, moreover, that the regulation infringes the basic rights of assembly and protest are irresponsible, and based on ignorance. The fundamental rights and freedoms contained in the Basic Law and the Hong Kong Bill of Rights Ordinance (Cap 383) are in no way affected by the prohibition, whatever the Civic Party’s alarmists might claim. Any human rights impact of the prohibition will have been carefully assessed by the Department of Justice’s highly experienced Legal Policy Division, which will have been keenly aware that the rights of, for example, freedom of expression, peaceful assembly and privacy are by no means absolute, and may be subject to restrictions which satisfy the proportionality test.

As the secretary for justice indicated last week, the Hong Kong Court of Final Appeal, in two landmark judgments (FACV 8/2010, FACV 21/2015), has decided that, whenever government decisions are challenged on the basis that they contravene particular rights, a fourfold proportionality test should be applied by the courts. The impugned decision must, firstly, have a legitimate aim. Then, secondly, it must be rationally connected to that aim. Any restriction, thirdly, must be no more than is strictly necessary to achieve that aim. Then, finally, the court must examine the overall impact of the impugned measure, and decide if a fair balance has been struck between the general (public) interest and the individual rights intruded upon. Applying these criteria to the regulation, and given the need to protect society from thugs who conceal their identities when committing the gravest types of crime in order to avoid detection, there can clearly be no doubt that it is constitutionally defensible.

Of course, under the Basic Law, it is the function of the Legislative Council to scrutinize legislation, and it cannot simply be bypassed. This is precisely why the regulation, as subsidiary legislation made by invoking existing legislation (the ERO), will be tabled for scrutiny at the Legislative Council at the first meeting of its new session, on Oct 16. If the council so wishes, it can then, by resolution, and by virtue of the Interpretation and General Clauses Ordinance (Cap 1), amend the regulation. This includes the power to “repeal, add to or vary” the subsidiary legislation. Although any such “negative vetting” does not have a retrospective effect, it must be exercised within 49 days of the tabling.

While it will not be possible to prosecute every offender under the regulation, particularly when the numbers are large, there is certainly no safety in numbers. In 1992, in its judgment in the Soo Fat Ho case, the Court of Appeal decided that it is not open to a defendant to resist prosecution on the basis that other suspects have not also been charged with the same offense. Anyone who deliberately breaks the prohibition law is, therefore, liable to prosecution, even if there are logistical problems in holding each and every offender to account. In other words, provided cases are brought in good faith, there is no basis for offenders to claim that, because not everyone has been charged, they have been “selectively prosecuted”. In practice, where there are many suspects, prosecutors will generally prioritize the ringleaders.

Although some people have sought to sensationalize the prohibition, it is a recognized tool of law enforcement around the world. In reality, it is a mild response to a grave situation, and no big deal. If, however, it does not do the trick, far tougher measures will be unavoidable.

The author is a senior counsel, law professor and criminal justice analyst, and was previously the director of public prosecutions of Hong Kong.