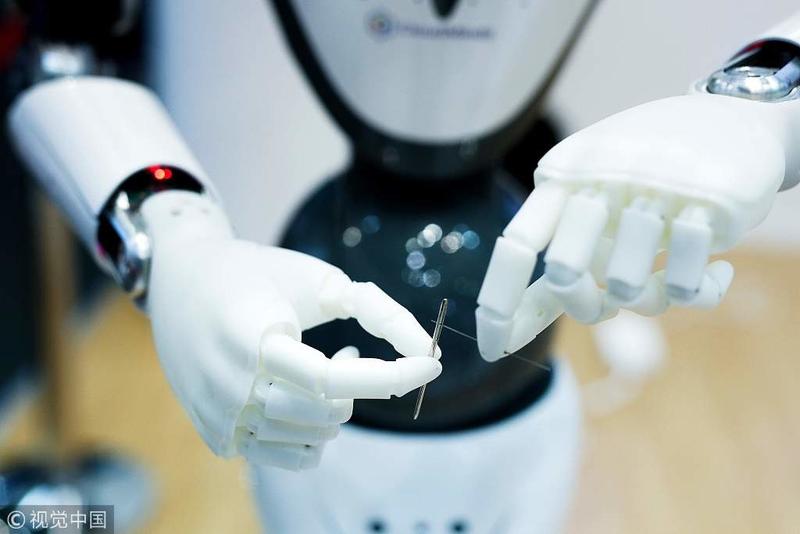 A CloudMinds robot uses a needle at the Mobile World Congress in Barcelona on Feb 26, 2019. (PHOTO / VCG VIA CHINADAILY.COM.CN)

The company intends to list on the New York Stock Exchange under the ticker symbol "CMDS," with an expectation to raise up to US$500 million, according to its prospectus filed with the US Securities and Exchange Commission late Friday.

Citigroup, J.P. Morgan and UBS Investment Bank are the joint bookrunners on the deal. No pricing terms were disclosed.

Founded in 2015, the Beijing-based company operates an open end-to-end cloud robot system and offers related products and services to the world.

The number of Chinese firms listed on the US exchanges increased in 2018, as more companies mull going public driven by the country's fast economic development.

A total of 43 Chinese companies were newly listed in the US market last year, up from 24 in 2017 and 10 in 2016, according to data from Wind, a financial data provider.