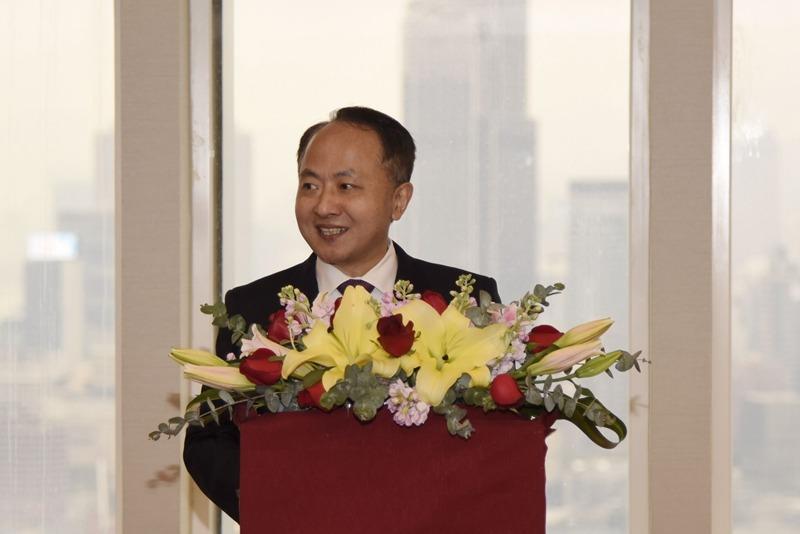 Wang Zhimin, director of the Liaison Office of the Central People's Government in the Hong Kong Special Administrative Region, speaks to 220 deputies to the National People's Congress and members of the Chinese People's Political Consultative Conference National Committee from Hong Kong during a spring tea party held by the Liaison Office on Feb 9, 2018. (PROVIDED TO CHINA DAILY)

Wang Zhimin - head of the central government’s liaison office in Hong Kong — has called on the city’s delegates to the country’s top political bodies to carry out their honorable role and facilitate the SAR’s further integration with national development.

Wang, director of the Liaison Office of the Central People’s Government in the HKSAR, made the remarks on Friday at a meeting with about 220 local deputies to the National People’s Congress and members of the Chinese People’s Political Consultative Conference National Committee.

A total of 2,158 NPC deputies and CPPCC members from across the country will attend annual plenary sessions of the NPC and the CPPCC in Beijing early next month.

The HKSAR delegation to the annual Two Sessions will comprise some 10 percent of the total membership of the two political bodies, while the SAR constitutes just 0.5 percent of the nation’s population.

the great importance the central government attaches to Hong Kong and its expectations of the SAR delegation. It also demonstrates the aspirations of the HKSAR for success and closer integration with national development.

He described the upcoming annual meetings as of particurlar importance since they’ll be the first to be held after the recent 19th National Congress of the Communist Party of China, with the nation entering a new era of socialism with Chinese characteristics.

The NPC and CPPCC are important parts of the country’s

political system and play vital roles, Wang said. The NPC, the supreme organ of State power, is vested with the authority to legislate, amend the Constitution and supervise the implementation, legislation and amendment to the nation’s laws. The NPC is also empowered to delegate authority and make decisions on issues of critical importance to the country.

The CPPCC is an important democratic forum under socialism with Chinese characteristics and is mandate to  advise, consult and participate in the administration and deliberation of State affairs.

Serving with a longestablished tradition of patriotism, the HKSAR delegates engage in the administration of affairs affecting both the nation and the city, he said.

He urged local NPC deputies and CPPCC members to fulfill their lofty mission and perform their duties by taking part in national affairs.