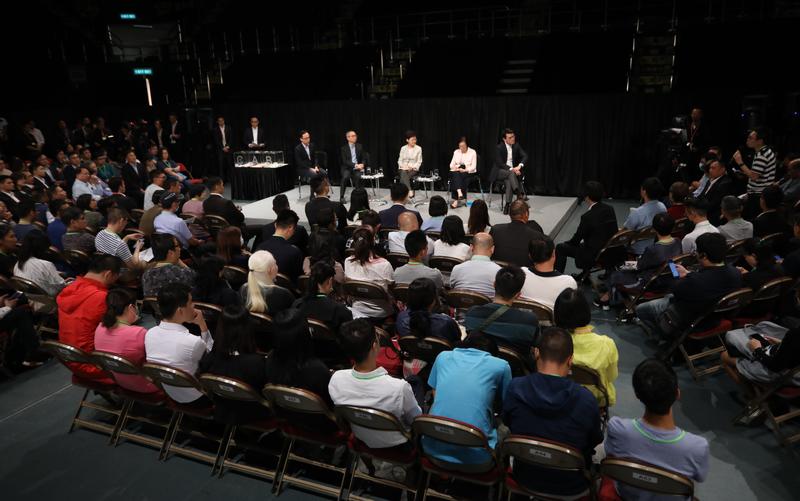 The first of Hong Kong’s community dialogues — the first step taken by the government to directly communicate with local residents and bring changes amid protracted protests — was a good start to healing the city’s current crisis, civic leaders said on Thursday.

After watching this televised event, Stanley Ng Chau-pei, president of the Hong Kong Federation of Trade Unions, the city’s biggest labor party, said he believes the dialogue was a good start to seeking solutions to the city’s ongoing crisis and deep-rooted social problems.

The government should also provide a detailed schedule and road map that can help solve the city’s deep-seated issues to rebuild society’s confidence, Ng said.

Hong Kong lawmaker Priscilla Leung Mei-fun said the event was better than she expected, as all participants took the opportunity seriously and expressed their views rationally, allowing different opinions to be heard.

Also encouraging was that Chief Executive Carrie Lam Cheng Yuet-ngor answered all questions on her own with a humble and serious attitude during the two-hour event, Leung said.

The community dialogue shows that the government has taken the first step, which is the most difficult one, Leung said, adding she believes the government in the future will get used to directly communicating with residents in more open and inclusive ways.

Lau Siu-kai, vice-president of the nation’s leading Hong Kong affairs think tank, the Chinese Association of Hong Kong and Macao Studies, said the dialogue could be a start for Hong Kong to move out of its current impasse.

He hopes after hearing voices from the public on society’s deep-rooted problems, policies to solve the problems will follow. The scholar also hopes the government can learn from the lessons and connect with the public in a more proactive manner.

Lau said that despite the recent turbulence, Hong Kong still maintains its core competitiveness. As long as there is a stable political environment, he still has faith in the city’s future development, he said.