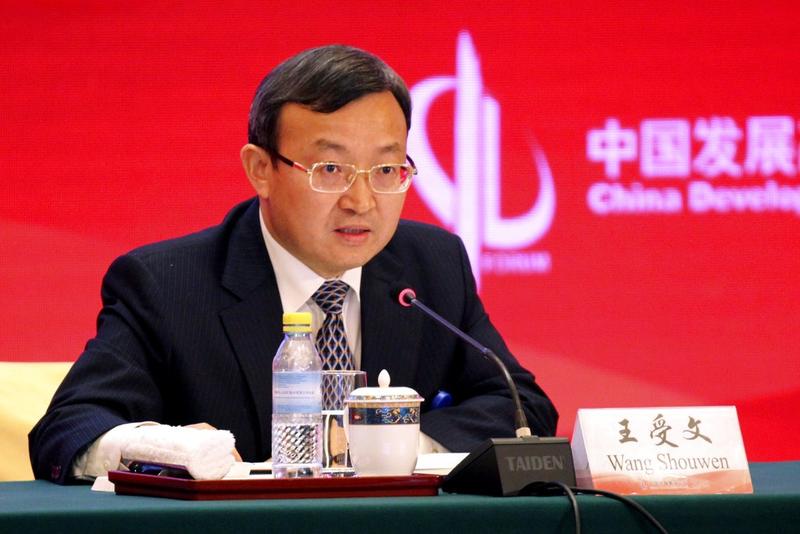 China will take immediate action to ensure its own interests if it is forced into a trade war with the United States, a senior commerce official said on Sunday.

Vice-Minister of Commerce Wang Shouwen said the Section 232 action by the US to impose tariffs on its steel and aluminum imports from a number of countries, including China, for national security reasons was clearly a unilateral trade protectionist measure.

He also said that it posed a major threat to global trade.

"Trade restrictions launched by the US will not only damage the World Trade Organization principles, but will also cause serious damage to the multilateral global trading system," he said.

"China has no wish to have a trade war with any country, including the US," he said.

Trade restrictions launched by the US will not only damage the World Trade Organization principles, but will also cause serious damage to the multilateral global trading system

Wang also said that China's steel exports to the US only account for 3 percent of that country's imports, and therefore the economic impact is being exaggerated by the White House.

ALSO READ: Fears of trade war after US decides to levy tariffs on China

He said there was no way the steel imports could be a national security threat to the US because they are such a small percentage of overall trade.

His comments came as US President Donald Trump, after threatening to impose hefty tariffs on imports of steel and aluminum early this month, signed a memorandum on Thursday that could impose tariffs on up to US$60 billion worth of imports from China and restrict Chinese investment in the US.

Long Guoqiang, vice-president of the Development Research Center of the State Council, said there also are numerous factors, including different comparative advantages and industrial structures, behind the imbalance in China-US trade and the issue cannot be resolved all at once.

"The two countries are also at different positions within the global value chain, with China on the downstream end and the US on the upstream end."

Wei Jianguo, former vice-minister of commerce, said the US only speaks of the deficit in trade of goods and ignores its own services trade surplus, which doesn't allow for a comprehensive and accurate understanding of the complementary and mutually beneficial relationship of bilateral trade.

"A trade war will be a loss for both sides. The US government frequently threatens to suppress Chinese exports to the US with the aim of obtaining open access to China's market to gain more benefits at the expense of China," said Wei.

A study conducted by the Development Research Center demonstrates that even if China doesn't take retaliatory trade measures, the number of jobs created in the US by increasing US exports to China may not make up for the number of jobs lost as a result of a reduction in imports from China.

If China takes retaliatory measures, China itself also may lose 17.5 million jobs and that would greatly exceed job losses in the US. Therefore, a trade war would make both sides losers and should not be an option.

Lawrence Summers, a former US Treasury secretary, said the US cannot hope to restrain China's rise. Instead of trying to go in that direction, the US should build on its unique advantage.