DPRK: Recent rocket drill was regular and in self-defense 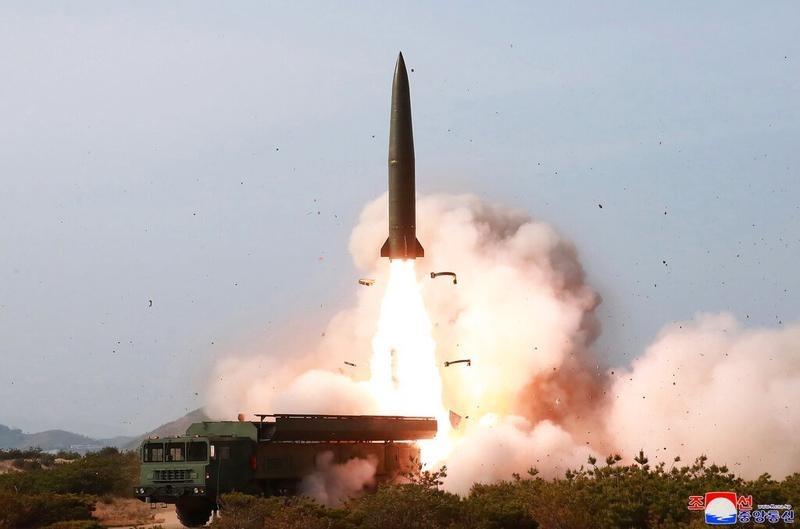 This May 4, 2019, photo provided by the DPRK government shows a test of weapon systems in the DPRK. (KOREA CENTRAL NEWS AGENCY / KOREA NEWS SERVICE VIA AP)

SEOUL — The "strike drill" by Democratic People's Republic of Korea (DPRK) last week at which leader Kim Jong-un oversaw the launch of rockets and at least one short-range ballistic missile was "regular and self-defensive," the country's foreign ministry said on Wednesday.

"The recent drill conducted by our army is nothing more than part of the regular military training, and it has neither targeted anyone nor led to an aggravation of the situation in the region," an unidentified ministry spokesperson said in a statement to the state-run KCNA news agency.

Acting US Defense Secretary Patrick Shanahan told a congressional hearing on Wednesday that the DPRK launched "rockets and missiles", the first time the Pentagon has detailed what it believes Pyongyang fired.

It came in the wake of talks with the United States and the Republic of Korea (ROK) stalling in February, and raised alarms in both countries, which have been seeking to persuade Pyongyang to abandon its nuclear weapons and ballistic missile programmes.

Seoul responded on Saturday by calling on its northern neighbour to "stop acts that escalate military tension on the Korean Peninsula."

In a second statement carried by KCNA on Wednesday, a spokesman for the country in charge of military engagement with ROK lashed out at Seoul over any suggestion that the rocket drills had violated an inter-Korean agreement aimed at reducing military tension.

"The South Korean military should take a close look at the inter Korean military agreement and recall what it has done itself before talking nonsense that it was against the spirit of the agreement," the spokesperson said, according to KCNA. The ROK is also referred to as South Korea and DPRK as North Korea.

The second statement also criticised last week's test of a US Minuteman intercontinental ballistic missile (ICBM) by the US Air Force out of California over the Pacific, saying the ROK was in no position to criticise the DPRK.

"The South Korean military has no right to say a word to its fellow countrymen when it acted like a mute who ate honey when the United States fired a Minuteman ICBM which threatens us," the military spokesman said. 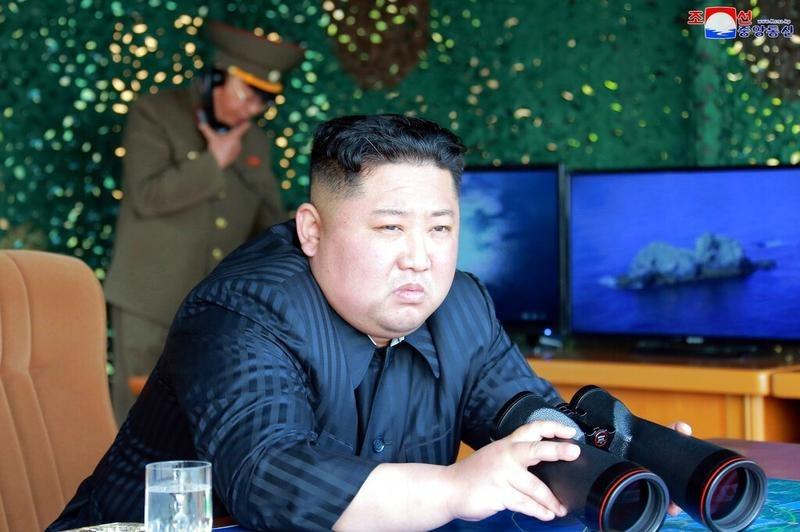 According to a subsequent English-language report on KCNA, the spokesman also took aim at Seoul for staging "provocative" combined air drills with the United States and for allowing the stationing of a US THAAD anti-missile system on its territory.

It also appeared to hint at the possibility of more weapons tests, saying: "The South Korean military were astonished by the recent strike drill. It might fall into a swoon to see a strike drill involving more powerful cutting-edge weapons."

US President Donald Trump, who has met with Kim twice, said on Saturday he was still confident he could make a deal with him, and US and officials from ROK have subsequently played down last week's tests.

DPRK's criticism to Seoul has come even as the ROK has said it is working on a plan to send humanitarian food aid after the United Nations reported the country had suffered its worst harvest in decades, leaving many there chronically short of food.

ROK has said it is working on a plan to send humanitarian food aid after the United Nations reported the country had suffered its worst harvest in decades, leaving many there chronically short of food

White House spokeswoman Sarah Sanders said on Wednesday that the United States would not stand in the way if ROK went ahead with that.

"Our position in regards to North Korea is going to continue to be the maximum pressure campaign. Our focus is on the denuclearization," Sanders told reporters, referring to a US-led sanctions campaign against the DPRK aimed at pressuring it to give up its nuclear weapons.

However, she added, referring to food aid: "If South Korea moves forward on that front, we're not going to intervene."

The ROK said after a call between its President Moon Jae-in and Trump on Tuesday that the US president supported the plan to provide humanitarian food aid.

The US State Department last week blamed the shortages on the government of DPRK and said it could meet its people's needs if it redirected state funds from its weapons programs.

The statement from foreign ministry of DPRK hit back at "spiteful remarks" about the tests from unnamed critics, warning that "baseless allegations" might "produce a result of driving us to the direction which neither we nor they want to see at all."

The spokesperson complained said there was a double standard, with the ROK and the United States carrying out military drills with little criticism.

"Only our regular and self-defensive military drill is branded as provocative, and this is an undisguised manifestation of the attempt to press the gradual disarmament of our state and finally invade us," the spokesperson said. "We think this is very much unpleasant and regrettable, and we sound a note of warning."

In this May 5, 2019 photo, people watch a TV showing a photo of Kim Jong-un during a news program reporting DPRK's missile launch, at the Seoul Railway Station in Seoul, ROK. (AHN YOUNG-JOON / AP)

After meeting with Kim for the first time in June last year, Trump abruptly announced he was cancelling all large-scale military exercises with the ROK. Smaller exercises have continued, however, drawing regular criticism from Pyongyang.

DPRK had maintained a freeze in nuclear and ballistic missiles testing in place since 2017, a fact Trump has repeatedly pointed to as an important achievement from his engagement with Pyongyang.