Nothing fishy about it 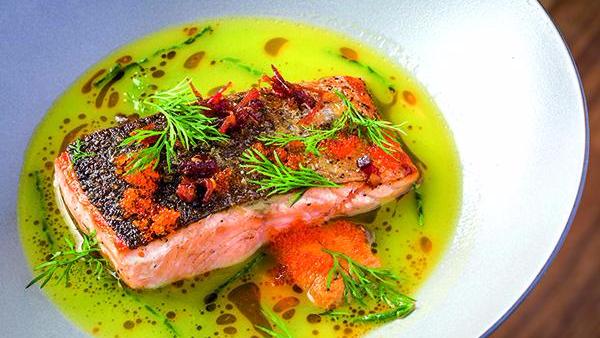 Going by recent news reports and also the general buzz in food-related industries, it seems that chefs, purveyors and food producers around the world are becoming increasingly aware of the provenances of food and food stability. While there is growing concern over several different fields of food production, that around food harvested from the sea seems to be rather intense.

Just the other day I had an interesting conversation on this subject with an industry insider. Head chef Hei of Ocean Rock restaurant in Stanley told me, "I have a strong interest in fish and fresh vegetables that are produced sustainably. I grew up in a fishermen’s family and I am very much aware of the results of sustainable practices. The King Parrot Group (of which Ocean Rock is a part) follows this principle and we source only the freshest and most sustainable ingredients."

Chef Hei seems to have a keen interest in getting the balance of flavors just right in each dish he rustles up. "That starts with getting the right basic ingredients to begin with."

Executive Chinese chef Jayson Tang of Man Ho restaurant in JW Marriot too is a firm believer in sustainability. "With increasing awareness of being environment-friendly, Man Ho is also dedicated to providing guests with premium sustainable seafood and encouraging gourmands to protect the planet while enjoying delectable food."

Between March 3 and April 30, patrons of Man Ho get to sample the delicacies made from oasis giant groupers for both lunch and dinner. Each part of the fish will be consumed in some form.

Inspired by the classic Cantonese dish of baked fish intestine with egg, Chef Jayson uses oasis giant grouper’s intestines together with premium foie gras to add a touch of luxury to the dish. And, for the soup lovers, there's double-boiled fish soup with gastrodia, chuan xiong and angelica.

Says corporate head chef Todd Williams of Bizou in Pacific Place, "To get the best from around the world seasonally, we buy from Australia, Europe, and the US. Even though we are able to source every kind of ingredient the whole year round regardless of the seasons in Hong Kong, I like to use ingredients that are currently in season, and come from the right kind of supplier. To help find them — like many other chefs — I use the Seafood Watch app. One of the most sustainable fish that the app recommends to chefs is the Norwegian or Atlantic salmon. Ideally, they should be farmed in open waters and not in undesirable net-enclosed areas."

It seems the aquaculture industry is facing several challenges — including overfishing — and it is good to know that more and more people are concerned about minimizing the impact of these hazards. But can the end consumer really tell the difference between farmed and wild-caught fish? Usually it’s hard to discern between one and the other once the fish arrives on your plate in a prepared form.

In their natural, pre-cooked forms, however, a farmed salmon is said to have more fat and a smooth texture compared to the wild-caught variety, which, apparently, feels more “muscular”.

Why is there more fat on a farmed salmon? It probably gets less exercise!